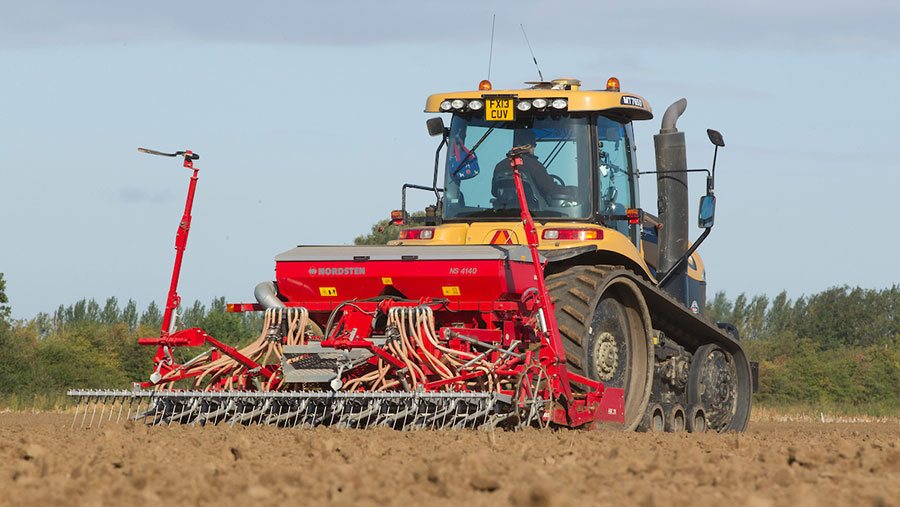 Winter barley growers are spoilt for choice this autumn, with the largest range of varieties on the AHDB Recommended List for some years.

Of the 24 varieties, there are a dozen two-rows, along with the largest range of hybrids ever recommended, with seven to choose from.

Just four years ago, there was only one hybrid, Volume, on the list.

For growers in the North, straw yield and earliness of maturity are as important as yield, while hybrids have proved popular in the East as farmers battle blackgrass.

We ask some experts for their pointers on choosing the best variety for each region of the UK.

Four new two-row feed varieties and two new hybrids have joined the Recommended List this year – adding considerably to the choices in an area with little or no market for winter malting barley.

Of the two-row feed types, where Cassia has remained popular for its good specific weight, newcomer Valerie could find a place – offering more yield, better disease resistance and a much-needed specific weight of more than 70kg/hl.

“It will be interesting to see Valerie’s market share over the next few years,” says Jonathan Baxendale, combinable seed product manager at Wynnstay.

He believes Flynn is also worth considering, as it has yielded well in both the East and West.

Otherwise, Orwell has some competition from stablemate Gimlet, with a better mildew score and a higher specific weight.

Where hybrid barley is preferred, Baracooda and Kingsbarn have been added to the hybrid six-row barley options, both giving good yields in untreated trials.

Kingsbarn also offers a specific weight of 69.9kg/hl, representing a step on for hybrids.

Earliness of maturity and straw yield are important requirements of a winter barley variety for the North, as well as yield, says Chris Guest, head of seed at ADM Agriculture.

Of the hybrids, Sunningdale is the pick, while Cresswell has been a popular two-row feed variety.

“Orwell is another two-row that performs well in most situations, but if you want a better mildew score it may be worth looking at Gimlet.”

Newcomer Valerie will be of interest, he predicts.

“It’s a nice variety. It has the better grain quality and early maturity that growers look for and there is some seed about.”

“A lot of that is down to blackgrass suppression and the flexibility to drill slightly later and still get good results.”

Bazooka has been a market leader, although he expects newcomer Kingsbarn to take top spot given its improved yield and specific weight.

For out-and-out yield, Essex farmer and agronomist Robert Harper from Harlow Agricultural Merchants agrees that hybrids are a good option given their extra vigour and ability to perform better in more marginal conditions.

He suggests Bazooka may better suit heavy land, while Sunningdale is an option on slightly lighter soils.

Two-row malting variety Craft is another he recommends for the East.

Mr Harper is wary about what impact losing chlorothalonil will have on barley growing, as the active is the best way to control ramularia and there is currently no variety with good natural resistance.

Winter barley choices have widened, with new feed two-rows and hybrids coming along, as well as the arrival of barley yellow dwarf virus tolerance.

Specialist six-row varieties Amistar and Rafaela will be helpful in managing the disease risk, believes David Bouch, Hutchinsons’ seeds manager, although both will only be available in limited quantities.

Of the new two-rows, Mr Bouch picks out Valerie as having the highest untreated yield and the very high bushel weight that always made Cassia so popular.

Other good choices are Gimlet, Orwell, Flynn and Surge.

In the hybrid category, he predicts that newcomer Kingsbarn will eat into some of the lead Bazooka has established.