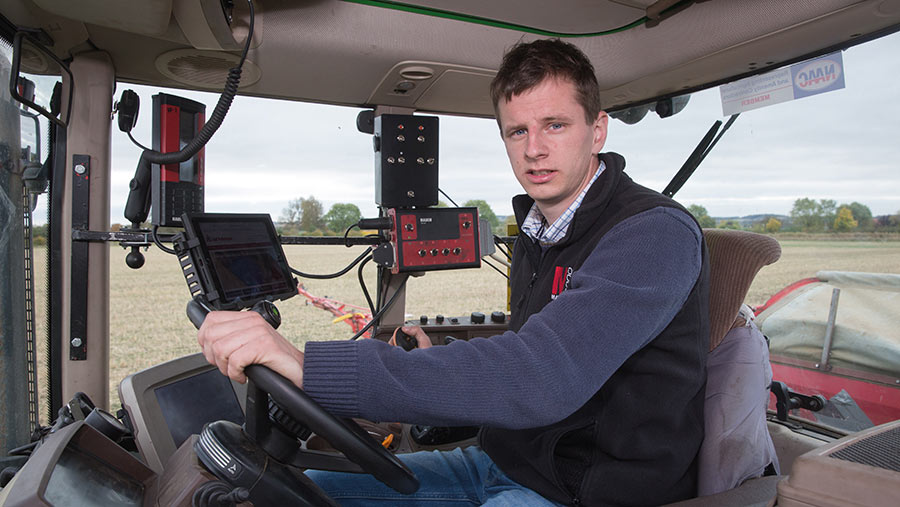 Harvest kicked off nearly two weeks later than last year, although the OSR we started in was mediocre – much the same as last year.

It’s tempting to try it again with the current prices, but at the moment the only consistent thing about the crop is its inconsistency.

If we want to grow it well in future, I think we need to take some time away from it and enjoy the reduced stress and time gained from not looking for flea beetle or chasing pigeons. 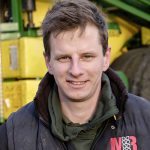 Winter linseed has been variable. It didn’t enjoy being flooded or the late frosts, but it has made a reasonable recovery.

I am currently planning to grow some more next year, as it proved easy enough to combine with the Axial Flow.

As I write we are finishing off the linseed, with the hope of moving straight into wheat, which looks promising.

Spring wheat is my standout crop so far, and I’m really looking forward to combining this.

Crops have looked great all the way through and had little spent on them.

Broadcasting small seeds into standing crops seems to have really taken off this year. I usually do a small area of stubble turnips but have also done cover crops and OSR this year in between the showers.

Hopefully the nuisance weather for combining does some good after all.

Mole draining is going to be the key and most time-consuming post-harvest job this year, following on from the ditching work we completed in the winter.

Ensuring we get the job done right and set up correctly, so we don’t do more harm than good, will also take some significant planning and lots of digging – I might have to hire a mini digger to avoid wearing out the spade, or the operator.

Haulage off farm already sounds like it could be a problem for those of us who need to empty stores to keep combines moving.

I understand that there is a lack of drivers within the industry, but inconsistent stories to different farmers and lots of excuses erode the understanding attitude we have.

Let’s hope it was only a blip early on and things run more smoothly during peak harvest.