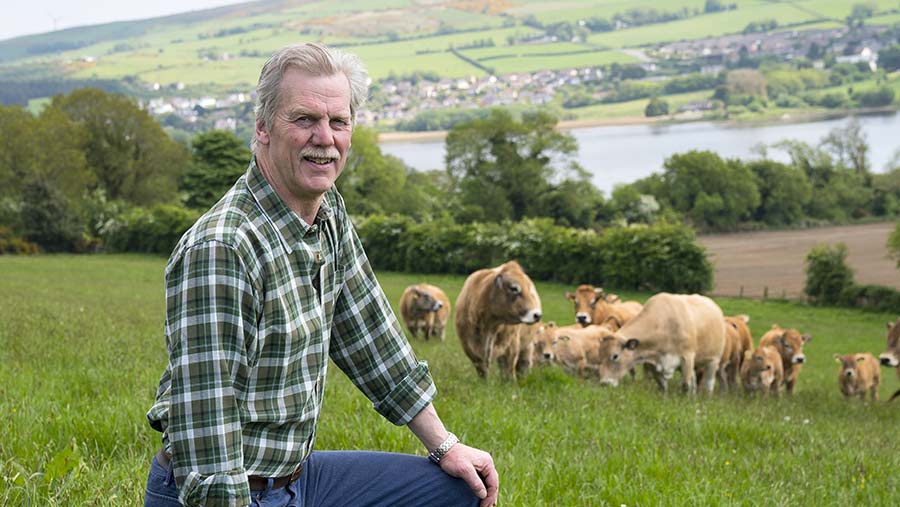 Thankfully this October has been a distinct improvement on last year, albeit with a few hiccups just to keep us from becoming too complacent.

It has been reasonably dry so drilling of winter crops has progressed well, and even some wet straw left over from harvest is now all baled.

Crops have emerged quickly and evenly and the rows are straight – very important for fields visible from the road! My new drill is obviously doing a good job.

A good establishment is so important in this difficult climate and gives us a crop that we can hopefully make the most of. If prices would now stay at present levels, I would be a happy farmer – which is a rare occurrence!

I recently travelled down to the middle of Ireland to a purebred Aubrac sale where I bought some replacement heifers.

I went into the office to pay for them but then had to stand around for an hour while the export paperwork was completed.

Listening to those who strongly advocate staying in the EU, I was under the impression that we had a “free and frictionless” border here in Ireland.

Obviously not the case. Could it be that some Remainers are being somewhat economical with the truth, particularly with regard to the border here?

Having brought the heifers home, along with an envelope full of passports and export forms and a receipt for the €40 (£35.25) fee, I now have to officially notify our own Department of Agriculture of the movement.

I will also have to record the purchase on my next VAT return. Free and frictionless – I don’t think so!

However, on the four-hour drive home I got to thinking that at least this was all done at the point of sale and was relatively straightforward.

Clearly there are practical solutions which are not too onerous and which do not involve infrastructure on the border.

What is required is some common sense and a willingness to compromise, particularly now by the EU, as I am concerned that we are hurtling towards a no-deal which will benefit no one and be especially damaging to the Republic of Ireland.