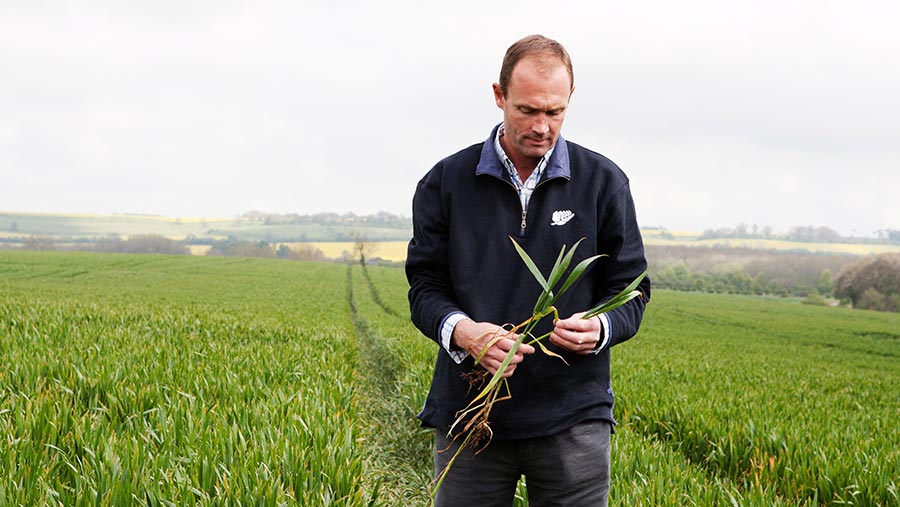 I would like to thank the group of men and women who recently came to rid my wheat of blackgrass.

I tried to thank them on the day, but my Romanian was as good as their English and frankly I can’t blame them for wanting to clear off as quickly as possible – it’s not a job I would fancy every day for weeks on end.

I do hope they can continue to come back every year.

Looking at the crop is now a much more pleasurable experience, but for me, not as fine a view as the winter barley, whose rippling sea of awns is always lovely to behold at this time of year.

Another bonus of barley is its competitive strength against grassweeds. I also continue to experiment with narrower row widths and even drilling twice at 90deg to achieve a kind of grid effect for an extra-competitive crop.

I reckon that they both help a bit, sometimes, maybe.

That kind of vague anecdotal claim is sufficient these days, isn’t it – provided I get enough retweets?

Of course, it’s not, but I was pleased some NFU representatives visited me recently to discuss integrated pest management (IPM) and was keen they pushed the point with Defra and the Biotechnology and the Biological Sciences Research Council.

The money spent on IPM research and, crucially, the transfer of the findings to farmers, has been a drop in the ocean compared with that spent on chemicals, because there is no product to sell at the end, so if ever there was an area where public money could produce public goods, this could be it.

So why not put some investment into an area most of us would love to embrace, but often lack the hard data to do so with confidence?