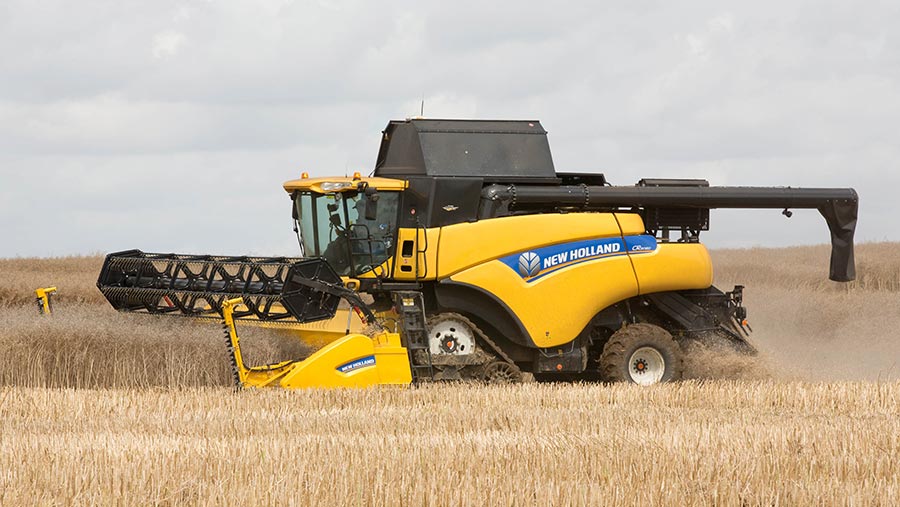 The adoption of genome-wide selection by a major oilseed rape breeder could see a trebling in the yearly genetic gain in yields, along with new designer varieties.

Over the past 20 years, marked-assisted selection has successfully allowed Dekalb to introduce valuable traits such as  RLM7 phoma and pod shatter resistance and characters like Clearfield herbicide tolerance.

However, this technique only involves very few genes at a time, while complex traits such as yield, oil content and stress tolerance are governed by many.

See also: Why potato growers need to be better prepared for drought

Therefore, progress in improving these complex traits has always been slow, as each gene has a relatively small effect, explains Dekalb breeder Matthew Clarke.

In contrast, genome-wide selection is on another scale, where breeders look at hundreds of genes.

Effectively, they can select for many traits at the same time. This potentially enables the creation of designer varieties, such as those with cabbage stem flea beetle resilience.

Genome-wide selection has already proved valuable with livestock – for example, the genomic indices for dairy bulls, which have helped accelerate genetic gain appreciably in recent years.

Dekalb says the next generation of varieties coming from the new approach at its Boissay breeding centre, south-west of Paris, will arrive in the next four to five years. 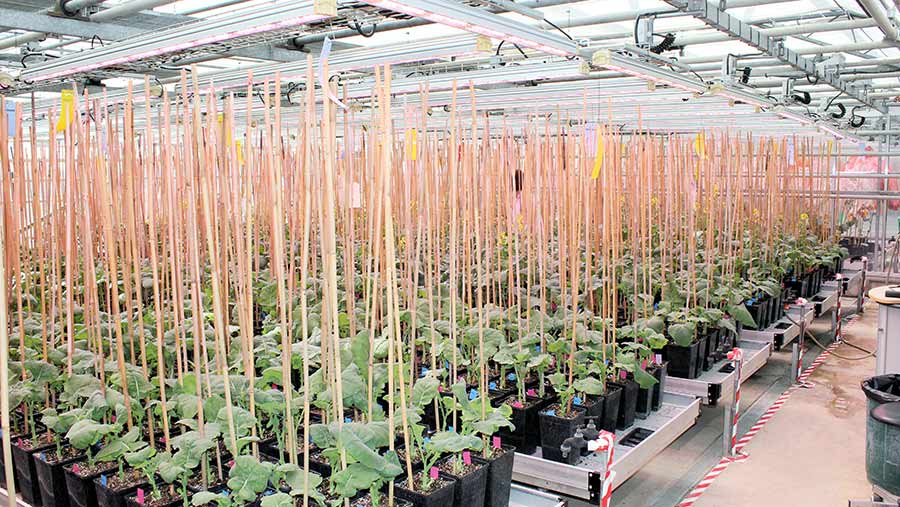 Dekalb is the latest breeder to launch a scheme to help share the risk of establishment failures in oilseed rape.

Recent years have seen a rise in the risk of establishing oilseed rape crops because of the greater cabbage stem flea beetle problem after the loss of neonicotinoid seed treatments.

To help share the risk, the company has launched the Dekalb Establishment Support Scheme. It joins similar schemes with KWS and RAGT.

Dekalb marketing manager Mark Shaw explains that they are piloting the voluntary scheme this season for those who purchase Exstar seed.

“Growers have to mid-September to drill it and mid-October to establish it.”

While the date is still to be defined, if a crop has not established by then, the company will pay 50% of the cost of the seed for the failed area.

How does genome-wide selection work?

“Some others don’t work nearly so well, even though they appear to have the same traits.”

Therefore, with genome-wide selection, Dekalb starts with its most successful hybrid varieties.

“We genetically profile them, identifying whole blocks of their genomes that are distinctively associated with their high performance, including the hybrid vigour effect,” he explains.

“Knowing what we are looking for, we then actively seek these blocks of genes in our parent lines,” he says.

“With the genetic mapping and data-processing capacities we have today, we have models that allow us to estimate with considerable accuracy the overall breeding value of parents for the outcomes we desire.”

Mr Clarke believes this new approach will be a huge step forward in the speed of genetic improvement the company will be able to make in breeding hybrids with combinations of characters.

These varieties could be designed for specific environments and production regimes. For example, Clearfield varieties that also have clubroot resistance would be suited to fields that have both a clubroot and charlock weed problem.

He sees genome-wide selection having a particularly big effect on improving the reliability and resilience of oilseed rape as a crop in future.

The technique could significantly accelerate rates of yield and oil quality improvement, in particular. For yield, gains should be at least trebled from the historic industry norm of 1% a year.

New varieties and some interesting ones in the pipeline

Exsteel – This variety is on the Recommended List for the North (104%) and has done well in Agrii trials. It looks good and has a good light leaf spot score (7).

However, Dekalb breeder Matthew Clarke says one downside is that it can get a little tall in the wrong circumstances. There are limited supplies left of seed.

Exstar – “It is the most disease-resistant product we have seen, with an 8 for light leaf spot and phoma. However, it had to be withdrawn as a candidate for the Recommended List last year because of a seed issue,” Mr Clarke says.

Mid-range in terms of autumn establishment, he says it is similar to Exalte. Seed is plentiful for drilling this autumn, so is an alternative option for those who can’t source Exsteel.

DMH432 – This is one of two varieties with turnip yellows virus resistance and is in the second year of national listing in the UK. Next month, it could gain recognition in France. Yielding 105% in year 1, it has an 8/9 for phoma and 6/7 for light leaf spot.

Expedient – What stands out with this variety is its speed of development, which is even faster than Extrovert, more like Excaliber, says Mr Clarke.

Agrii seed technical manager David Leaper adds that it is one of the earliest out of spring and showed the least larval damage at four trial sites this spring.

Its very early spring growth means it could help compensate for the pest.

Mr Leaper adds that 1,000ha were planted last autumn, so they will, hopefully, gain farmer experience this spring. However, it is a little weaker on light leaf spot (5), so may see less in the North.

Impressario CL – This is a newer Clearfield variety introduced last year and Mr Shaw believes it will be challenging for the Clearfield crown, taking over from Imperial as the top yielder.

Mr Leaper is excited by Impressario, as it is the fastest autumn developer, and he can see it helping with cabbage stem flea beetle. So, if farmers are looking to battle flea beetle in the autumn and need a Clearfield variety, it looks like a useful option.

Imistar – This is one of the next-generation oilseed rapes, which has a mix of complex traits – it is a Clearfield variety, which also has the semi-dwarf habit (120-130cm).

MDS65 – This is in year 1 of National Listing in the UK and is a Clearfield high-oleic, low-linolenic acid (Holl) variety. This will be valuable in growing a food product where there is a risk of high-erucic acid volunteers.

Platinium – Dekalb’s first commercial clubroot resistant offering. Mr Leaper points out that while clubroot-resistant varieties account for 3% of the UK certified seed, they are important in local hotspots.