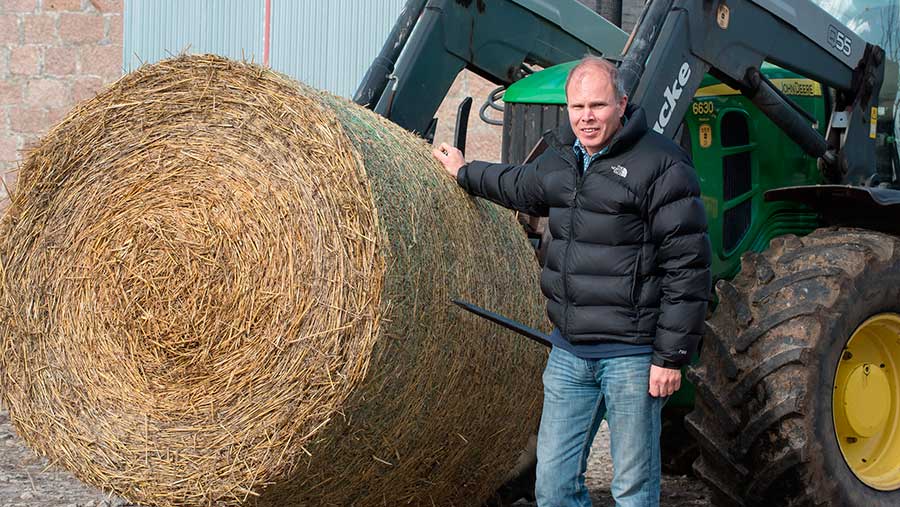 At the beginning of 2019 I hoped for a drier, warmer spring, more rain in early summer and a dry harvest.

The first six months actually were almost ideal, but from July onwards things went downhill and I was surprised that the total rainfall was only 880mm, bang on average.

It felt as though the second half of the year was continuously wet, but this corner of the country has actually been relatively lucky in that we have not had the damaging downpours that caused so much flooding further south.

The images of flooded farms in England and the devastating fires in Australia highlight the damage from extremes in climate and put our damp few months into perspective.

With mild temperatures recently, our crops have greened up as the soil has dried out, and on the whole, I am pleased with our winter crops at this stage.

My father had a clear-out recently and gave me a copy of a conference report from December 1968, entitled Developments in Crop Production.

It was fascinating to read of the changes that had occurred in the 1960s, with the Scottish barley area increasing by 179% at the expense of oats and root crops such as turnips.

OSR was not in the rotation and on the livestock side there were huge increases in pig and poultry numbers.

Increased mechanisation had meant that 40% of farm workers had left the industry in the decade.

Farms mostly had a wide range of enterprises, and potatoes were seen as a key earner on suitable land, with labour and machinery levels geared to match this crop.

While fixed costs were mentioned as starting to be a concern, there seemed to be a great deal of optimism for the future, with rapid advances in plant breeding and chemical inputs expected to increase output to cover these costs.

We are certainly in a different era now, with chemicals disappearing and plant breeding really just maintaining yields.

Increased scale to dilute fixed costs has been the solution for the past decade, but will technology change this in the coming decade to bring a new leap in output to cover ever-increasing costs?