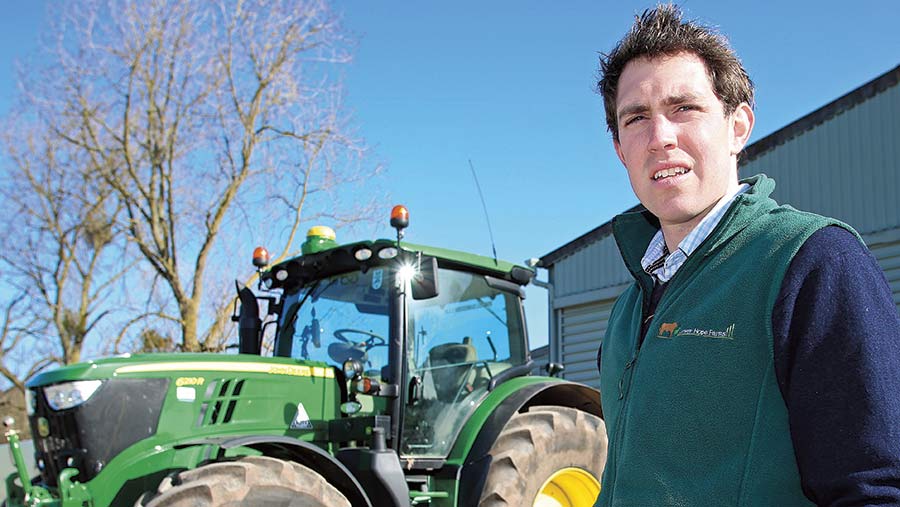 I must say, I feel gutted. No, not about the general election, but for Stuart Hogg, the Scottish international who’s Loin’s tour has been cut short by an unfortunate injury.

If there was a player who was going to set the tour alight, it was him. If we were heading for interesting times before, we are certainly in for turbulent times now.

Talking of turbulent times, in recent weeks we have been hit with several days of strong winds that have really knocked about our very promising oilseed rape.

This makes desiccation and the subsequent harvest more challenging. I did think the other day whether swathing could be a potential solution for a more even desiccation.

We have managed to keep the winter barley standing, so far, including the six-row variety we tried this year. This again looks to have good potential and with some sunshine forecast, the grains should fill nicely.

The winter wheat has improved, but I’m disappointed about the amount of brome, both sterile and meadow, we have this year.

I have been out with knapsack and went round the in-field trees, as I am sure these are the source, but I think the horse has bolted for this year. I must be more on the ball next year.

I am particularly pleased with our spring oats, with just a small area with low plant numbers due to poor establishment. A particular success has been the digestate applied using an umbilical cord system before drilling.

This acted as a starter fertiliser, with 30kg/ha of nitrogen applied. The digestate also had good levels potash.

The crop looks even and a healthy shade of green and the area where no digestate was applied can really be identified.

Elsewhere on the farm, silage-making is in full swing, harvest preparations are under way and fat lambs are leaving the farm at a rapid rate, with the price at quite an unexpected level for the time of year.

Finally, I did manage to attend Cereals 2017 this week, which is always an enjoyable day out. However, it was noticeably quiet, with several large exhibitors missing.

I really enjoyed the AHDB debate and Brian Baker’s level of attention to detail on plant counts and managing a crop to its potential was a real take-home message for me.

Who knows, perhaps a trip to the western side of the country showcasing mixed farming and its benefits is what the Cereals event needs.