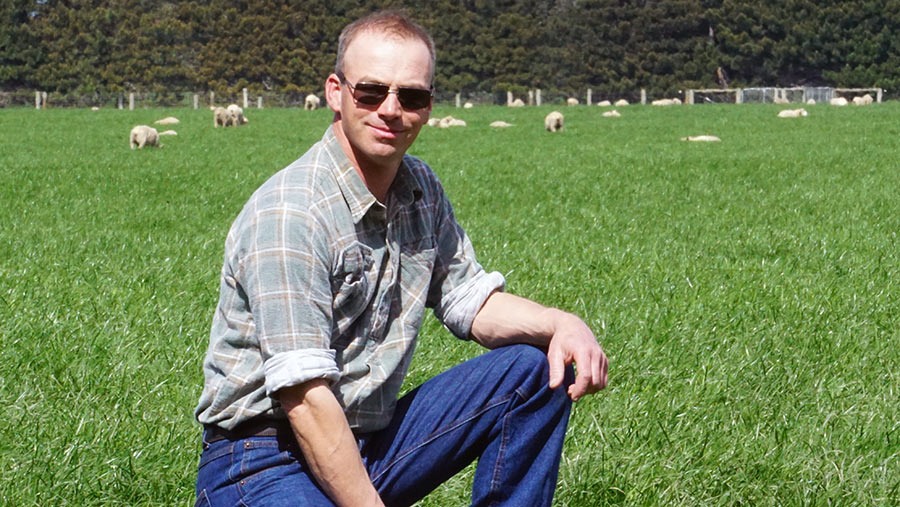 Ryegrass seed production is the most important crop here at Valetta, since it is the link between our arable and livestock business’ and a well-paying enterprise in its own right.

But October can be very hard to manage. To maximise seed yield, we aim to promote tiller development and seed head initialisation with early nitrogen.

Then we keep the crops grazed down to delay seed head emergence and reduce vegetative bulk to the plant growth regulator programme in reducing the chance of lodging prior to, or during flowering.

Traditionally, the lamb schedule here peaks during the first two weeks in October, before falling away quickly at the completion of orders for the UK Christmas trade.

Early October sees the start of the adult teeth breaking the gum, when the lamb becomes mutton and halves in value.

In times gone by, when only early-flowering ryegrasses where grown, closing dates were early to mid-October and things were easy. Lambs were fat and away at the peak schedule, prior to teeth troubles, and spot-on at the right time to close the seed crops.

Newer grass species with delayed flowering dates have brought huge benefits to the pastoral industry and now most of our seed production area is closed at the end of October. Gosh, these new varieties can grow a lot of tucker in late October.

At present we have lambs stocked at 80 head/ha on some fields to knock them into shape and 50 animals/ha to maintain others, with the aim of closing the crops with a consistent 50mm height across the field.

We are drafting lambs at a 47-49.5kg liveweight bracket, aiming for a 22.5kg carcass with nothing less than 21kg or more than 25kg. The day the last seed crop is closed, all the lambs must be killable.

Trying to “land” 5,000-6,000 lambs into a narrow weight range during a four-week period doesn’t leave much room for a plan B.

The tension comes when my stock manager reports growth rates of 400g/day and that he has weighed another 500g/day to be trucked. I’m looking at the crops knowing I need more mouths.

I have just finished looking at the crops tonight and have never seen feed grow at the pace it has this spring. The lambs just looked at me as if to say: “Sorry boss, we just can’t eat anymore!”