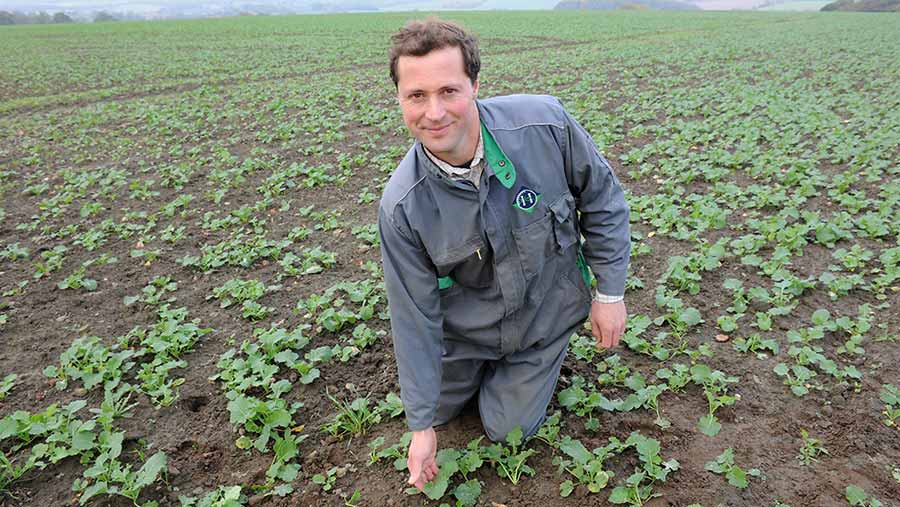 I find it hard to believe we are already near the end of March; how can this year be going so fast!

The February heatwave gave us a suitable chance to drill and roll most spring barley crops in great conditions and following seed testing we have again used undressed seed.

Nitrogen is now being applied to autumn cereals and crops look well.

While our own crops are compromised, they appear to be pulling through, but there are local reports of crops being abandoned as they are rapidly going backwards.

I really don’t know what the answer is to the break crop conundrum, but confidence in oilseed rape is failing fast in these parts, especially given the suppressed market price backdrop.

I have toyed with the idea of alternative crops such as soya, lupins and sunflowers, but have not got the courage to be the guinea pig.

I really enjoyed attending the well-organised NFU Conference in Birmingham.

It was reassuring to see indications of a constructive, close-working relationship between Defra and NFU top brass during these chaotic times, and to hear Mr Gove verbally pledge that the UK will not lower production standards in pursuit of trade deals or leave us at an unfair competitive disadvantage.

Achieving this goal while simultaneously maintaining food self-sufficiency for a growing population with less inputs will be incredibly tough. Will supportive governments give us access to the technological tools we will require?

It was remarkable that crop establishment costs showed massive variations of between £32/ha to £288/ha.

Perhaps even more surprising was the fact that there was no observable relationship between establishment costs and farmed area scales.

This work suggests that for arable enterprise profitability how you farm is far more important than how much you farm.