Piers Cowling manages 1,170ha of variable soils in a renowned blackgrass hot spot, and six years ago he realised that radical changes were necessary if he was to continue growing winter wheat.

He recalls that at the height of the blackgrass problem, in one particular field, following an early oilseed rape harvest, he created a stale seed-bed.

“It was like a grass ley. We had a bit of spare time before wheat harvest and did some plant counts that revealed there were 1,200 blackgrass plants/sq m,” Mr Cowling says. 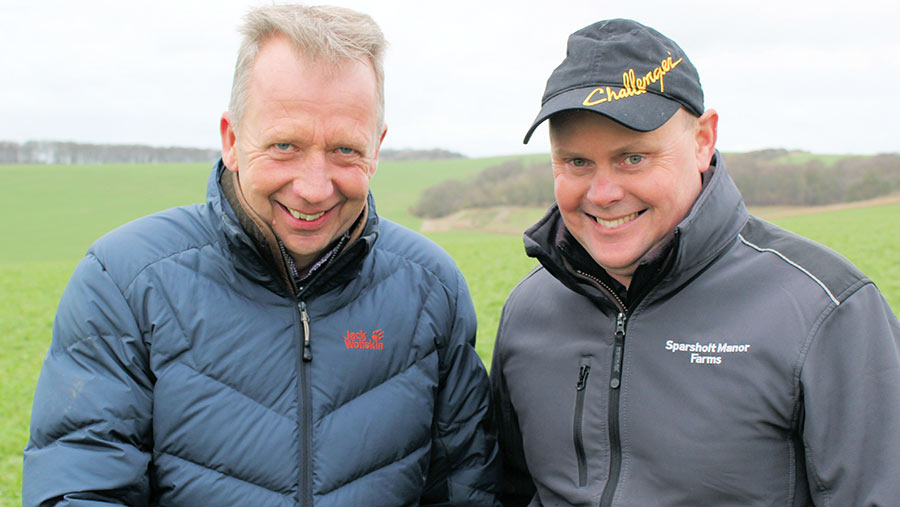 It was sprayed off and there was another flush three weeks later, again with about 1,200 plants/sq m.

“We drilled late and it ended up being the highest yielding field the following summer at 11.5t/ha. It shows how blackgrass was affecting our wheat yields.”

Buoyed with this success from delayed drilling, he devised a strategy to tackle the weed with his Agrii agronomist Iain Richards.

Six years on and Mr Richards says his is one the cleanest farms in the area, heading towards the third wheat harvest with negligible seed return.

For Mr Cowling, it’s all about maximising wheat margins, which includes growing second wheat, and every element of his approach aims to achieve this.

In seven out of eight years, late-drilled wheat outperforms spring cropping which is why he is keen to stick with second wheat.

And his approach is proving successful, with a five-year average wheat yield of 9.2t/ha. This is on a par with the yields he was previously seeing when drilling 4-6 weeks earlier, before there was a blackgrass problem. 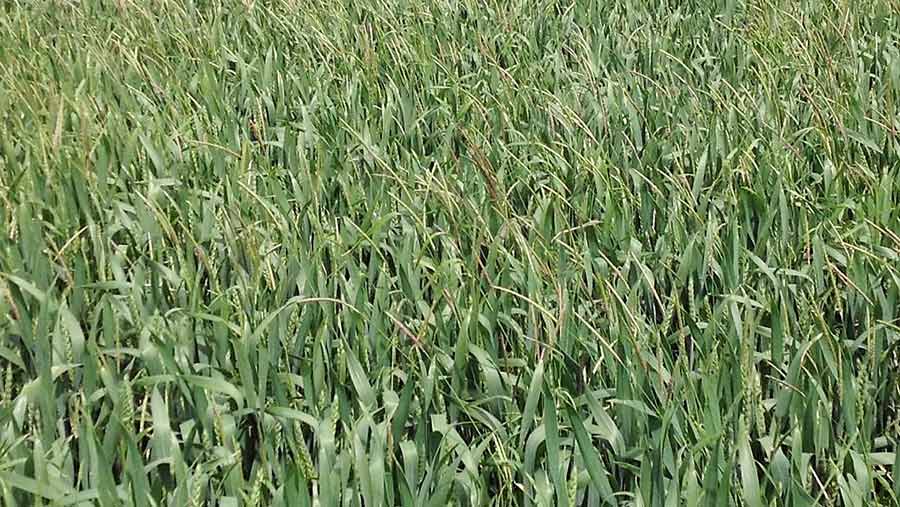 The “before” situation with wall-to-wall blackgrass

All wheat is now drilled from the end of October, and in the four years he has done this he has never had to cut back his winter wheat area because he could not get it drilled.

“There has always been a window to drill before Christmas,” he says.

He puts this down to having the right drill and better soil health. “The key is to buy the highest capacity drill that is possible with your budget to get the ground covered.”

He has a 8m Horsch Pronto disc drill which can cover 80ha a day, so it takes about a week to drill the whole wheat area.

The Pronto is also flexible, as it can be used conventionally as a cultivator drill, or it can effectively be used as a direct drill by lifting the front discs out of the soil. This reduces soil movement to avoid stimulating further blackgrass germination.

Another factor helping with late drilling is improving the workability of soils through a combination of cover crops and controlled-traffic farming.

His next weapon is a robust pre- and peri-emergence herbicide programme, investing £100-110/ha.

Maximising efficacy is important, which is why he aims to produce a high quality seed-bed and only drills when conditions are good.

This is vital to promote rapid and even crop emergence and allow the peri-em follow-up to be applied before any blackgrass germinates.

Another key change at  Sparsholt Manor Farms has been the expansion of the spring cropping area, mainly to diversify the rotation, spread the workload and enable cover cropping.

“The purpose of cover crops is to increase organic matter levels, as we don’t have access to muck and I am not keen on using compost.” All straw is chopped and incorporated. 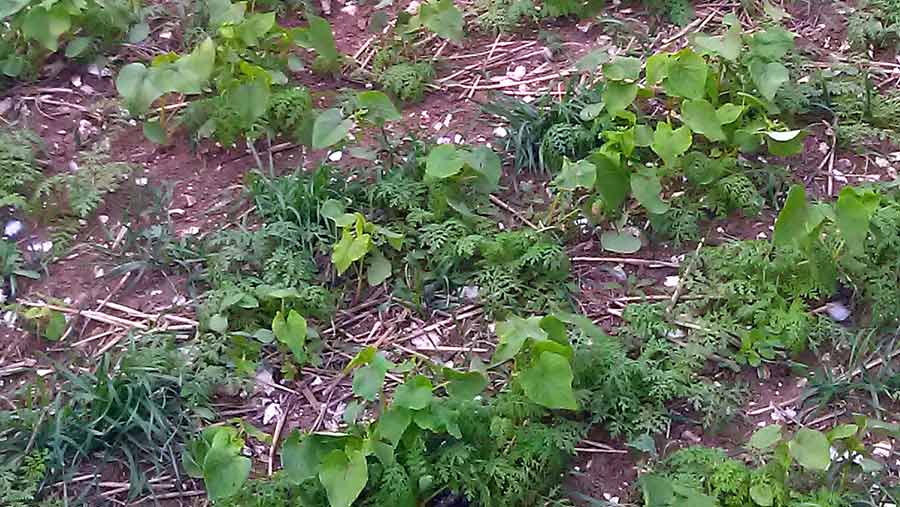 “We have been growing cover crops for five or six years and the soil is more workable, essential with the greater reliance on late drilling.”

He has two different mixes, depending on which spring crop will follow. “I don’t like having cereals in front of spring barley,” he explains.

In the past two years Mr Cowling has seen a 0.5t/ha yield lift in spring barley after the cover crop.

He has been able to quantify the benefit as he has 40ha of spring barley following overwintered stubbles, as part of the farm’s higher-level stewardship scheme.

In conclusion, he says the farm has turned a corner and believes he has a sustainable system.

“If we hadn’t done anything, we would not be able to grow wheat now. Instead, our wheat yields are comparable with what we were achieving before we had blackgrass and drilling in September.”

The key to successful spring cropping in a blackgrass situation is to carry out the primary cultivations in the previous summer when establishing the cover crop.

“We are going relatively deep,” he says.

In the following spring, he sprays off the cover at the earliest opportunity in January, aiming for six to eight weeks pre-drilling.

“We rely on pre-emergence herbicides for spring barley and want to avoid having green trash when applying them.”

Agrii agronomist Iain Richards adds: “If you spray early and you get a blackgrass flush, there is still time to go back before drilling and get rid of the blackgrass.”

Mr Cowling generally drills a little later, in mid-March, as spring barley needs to go in and keep going and the higher altitude (820ft) means it takes a little longer for the soil to warm.

This season Planet has replaced Propino barley and he aims for a seed rate of 400 seeds/sq m, which he will increase if drilling gets delayed.

Mr Richards highlights that some growers got caught out last spring. They were delayed by a month and did not have any extra seed to increase rates.

“They did not tiller as much, hence yields were lower,” he says.

Mr Richards is not in favour of using pendimethalin on the spring barley, as you can get crop damage if seed is not drilled at adequate depth, “especially as you don’t want to go too deep with later drilling to tackle any blackgrass and delay crop emergence”.

Instead, he bases his pre-emergence programme on flufenacet, as it gives a better safety margin for shallower drilling.

With nutrition, Mr Cowling applies 40-50kg/ha of N as liquid just after drilling and he aims for a total of 140-150kg/ha. 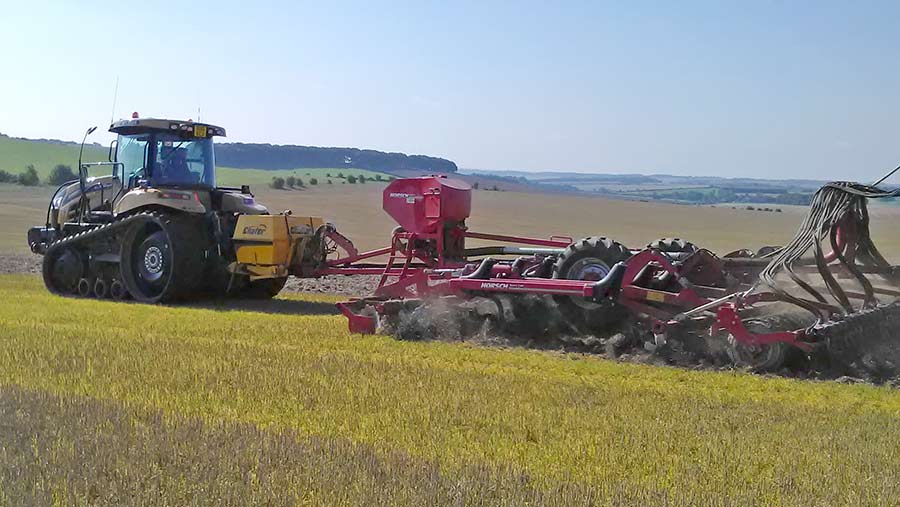 Mr Richards advises going with an early plant growth regulator to encourage rooting and tillering, along with some phosphite and trace elements. Some of his soils are very alkaline, so manganese can be an issue.

This approach is resulting in spring barley yields of 6.5-7t/ha, although the challenging conditions last season resulted in a still respectable 5.9t/ha.

Mr Cowling takes a similar approach with spring beans and over the two years he has grown the crop, he is averaging 4t/ha.

He drills at 80 seeds/sq m and his pre-emergence herbicide programme is based on Nirvana (imazamox + pendimethalin) plus Centium (clomazone).

“We are looking not to spend too much and will usually apply one to two insecticides for Bruchid beetle plus a fungicide for chocolate spot.”