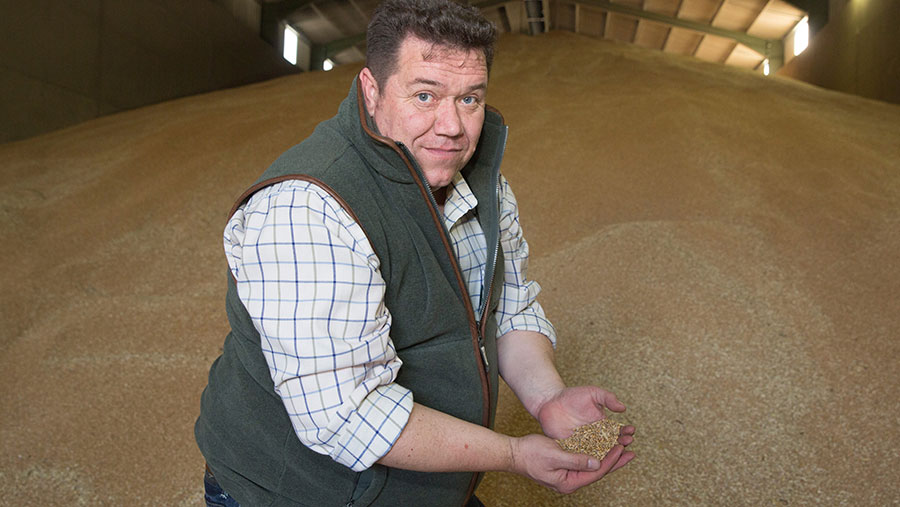 It just can’t seem to rain, I only recorded 24mm in the past eight weeks, not nearly enough.

Elder flowers are suffering, with florets about 50% of their normal size, and cracks in the ground around their base.

The clay soils at Belvoir haven’t recovered from last year’s drought and we are well on the way to having another, the only difference this year is that due to the dry winter the combinable crops have a much bigger root mass and hopefully the ability to cope better should it stay dry.

We’ve been out with the Roundup again and have taken a little more oilseed rape out, mainly due to it being poor, mostly caused by cabbage stem flea beetle larvae, although late-germinating blackgrass helped make the decision easier.

I think it will need to be near perfect growing conditions in August before we even contemplate putting any OSR in the ground for next year.

For the second year here we are doing complete tissue analysis on our crops prior to fungicide timings.

Yet again it’s been fascinating, with soils with high potassium-level growing crops showing potassium deficiencies among others. The early analysis has allowed us to tailor-make macro and trace element cocktails for each crop and timing.

Finally, I would like to say a big thank you to the UK Case IH team for a fantastic trip to the US.

As you are all probably aware, I’m a great fan of both Axial flow and Quadtrac products. They suit our business needs perfectly, offering what I believe to be best-in-class equipment.

The combine manufacturing plant in Grand Island, Nebraska, is world-leading and of a scale that’s hard to imagine, employing all the latest manufacturing technologies and a production-monitoring system where teams help each other hit their daily targets.

It’s truly impressive and massively beyond anything I’ve experienced in Europe. Its fair to say Case’s hospitality was second to none and I’m truly grateful.