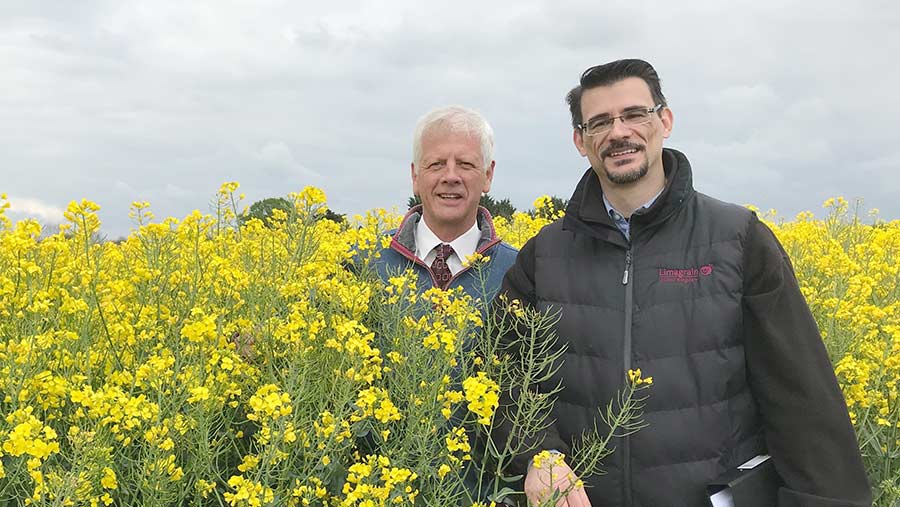 Two new varieties on the Recommended List this year offer growers the opportunity to protect their crops from the turnip yellows virus while also achieving top yields.

When the first TuYV resistant variety Amalie was introduced to the market in 2014 by breeder Limagrain, the pay-off for aphid resistance was low yields in normal conditions.

But newcomers Aspire and Temptation reveal how the genetics have moved on in the past five years, with conventional variety Aspire topping the RL by achieving 104% of the control.

See also: How one OSR grower is benefiting from companion crops

The other new TuYV resistant variety Temptation, bred by DSV, is just behind in terms of yield, achieving 101%.

With Amalie, TuYV was introduced into a variety which wouldn’t have made it on to the list on its own merits, he says, as it was a race to the market with the technology.

Limagrain has been developing TuYV technology since 1992.

It was not until neonicotinoid seed treatments for oilseed rape were banned in 2013, leaving growers with just pyrethroids, that there was the market for the trait. 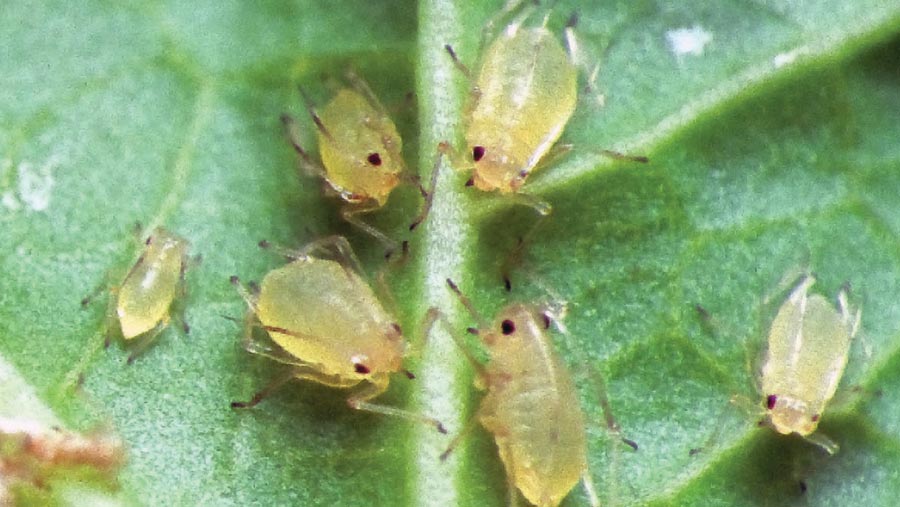 “A lot of farmers had a huge amount of interest in Amalie, it looked really clean and was green right to the base,” says Agrii seed technical manager David Leaper.

“The problem was it was a low-yielding variety, so growers got something and nothing.

“Most invested in Amalie the first year but then the second year they dropped it.”

Although ultimately unsuccessful, what Amalie did do was raise the awareness of the effect of the virus on yields, which is spread by peach potato aphids, but is largely symptomless in OSR crops.

“Growers always question if they have it, but it has an underlying erosion of yields.

“Having the trait has for the first time allowed us to quantify the effect of the virus,” he says.

Leaf sample testing of OSR crops at Agrii’s national network across the UK over two years has revealed that TuYV has about a 6% impact on yields.

With one of the biggest problems for growing OSR being the yield instability year on year due to weather and pest pressure, growing a variety which can secure even 6% of yield potential should be a no-brainer, says Mr Leaper.

“These varieties aren’t any more expensive. The TuYV resistance is great, but the number one driver is yield, and they are delivering that yield,” agrees Mr Gegas.

Infection in the north

Although TuYV was seen as a problem which is largely confined to the east of the UK, the results from Limagrain’s annual TuYV survey reveal that the pest is having a more widespread effect than was thought.

Leaf samples have been taken in both the autumn and spring from sites across the UK for the last four years, and show high levels of infection in the north.

“For the last couple of years we have been picking up high levels of infection at sites in the North, such as a 75% infection rate in Perth,” says Mr Gegas. 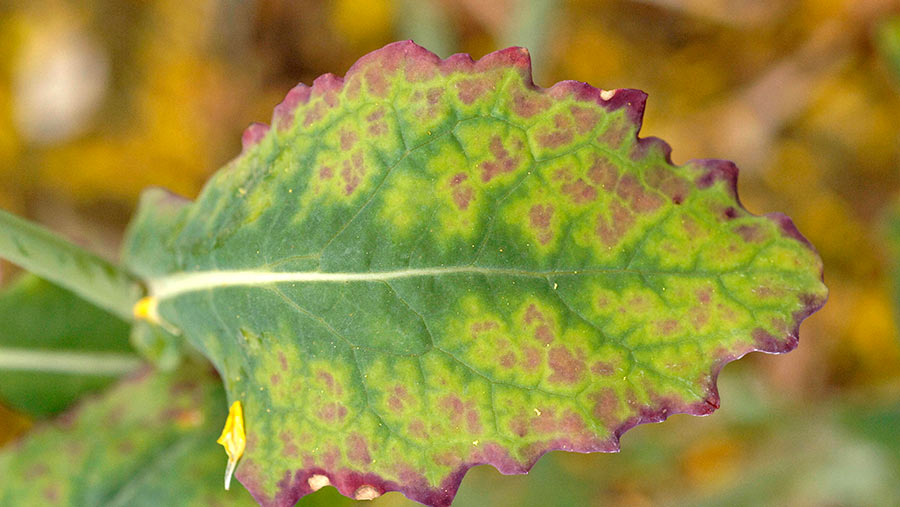 The infection rate of around 55% in Aberdeen is also much higher than the 0-10% that might have been expected in the area.

More westerly areas, such as around Warwickshire and in Cornwall have also tested at around 65% infection.

“Northern farmers would say the TuYV is not a problem but our results say it is,” says Mr Leaper.

Aspire’s position at the top of both the North and East/West lists also indicates that TuYV is having an effect on yields in this areas.

“Elevation is the highest yielding variety in the North, but Aspire is 2% higher,” he adds.

Usually the autumn infection level is around 55% even in high infection areas, which rises to 100% in the spring as secondary infection occurs.

The TuYV resistance trait is likely to come as standard in the future as breeders, particularly of hybrid varieties, continually stack traits such as resistance to pod shatter and phoma to mitigate risks.

Of the five candidate varieties on the list bred by Limagrain, three have TuYV resistance.

With most growers wanting to be drilled up by September to take advantage of the weather window and to give crops a chance against cabbage stem flea beetle, TuYV is likely to remain a problem, particularly in years with milder autumns.

While pyrethroid sprays used for cabbage stem flea beetle in the autumn also target those aphid populations, future products that may be approved in the UK for use on flea beetle, such as the Dupont product Lumiposa, will not have any effect on aphids.

The active ingredient cyantraniliprole, which belongs to a new class of chemistry called anthranilic diamides, works on the moving mouthparts, which beetles have but aphids do not.

“The virus is endemic in the aphid population, and the move to early drilling coincides with the wave of aphids migrating in September.

“It’s a catch-22 situation so the genetic trait is valuable because it gives protection,” says Mr Leaper.

New variety Aspire is the last conventional variety Limagrain will be bringing to the market that has turnip yellows virus resistance.

Its three candidate TuYV varieties – Artemis, Ambassador and Aurelia – are all hybrids, following the general trend by breeders towards a focus on hybrids to get the most out of their genetic traits.

Although 70-75% of Agrii’s market for OSR seed is for hybrids, David Leaper says conventional varieties still have a role as many growers prefer to use higher seed rates to combat the threat of cabbage stem flea and farm-saved seed to keep costs down.

However, hybrid varieties often show very strong autumn and winter growth rates and choosing varieties with a higher vigour could be a better policy.

“Grow something vigorous in the autumn, there are a whole range of plant growth regulators that can be taken advantage of,” he says.

Candidate variety Ambassador showed the highest autumn vigour in Agrii’s trials, but growers will have to be mindful of splitting nitrogen and of when plant growth regulators go on if conditions are prone to lodging.

Although the theoretical improvement in vigour of hybrids over conventionals is 15%, this has so far not translated through to yields in the field due to environmental and agronomical factors and flea beetle.

With the current difference between hybrid and conventional yields negligible, conventionals still make a good choice.

Aspire shows a good level of vigour but also has a slow speed of development and a stem stiffness rating of 9, giving growers the opportunity to drill early for flea beetle without increasing the risk of lodging.

As it is relatively short it will take more nitrogen and doesn’t need a growth regulator, says Mr Leaper.