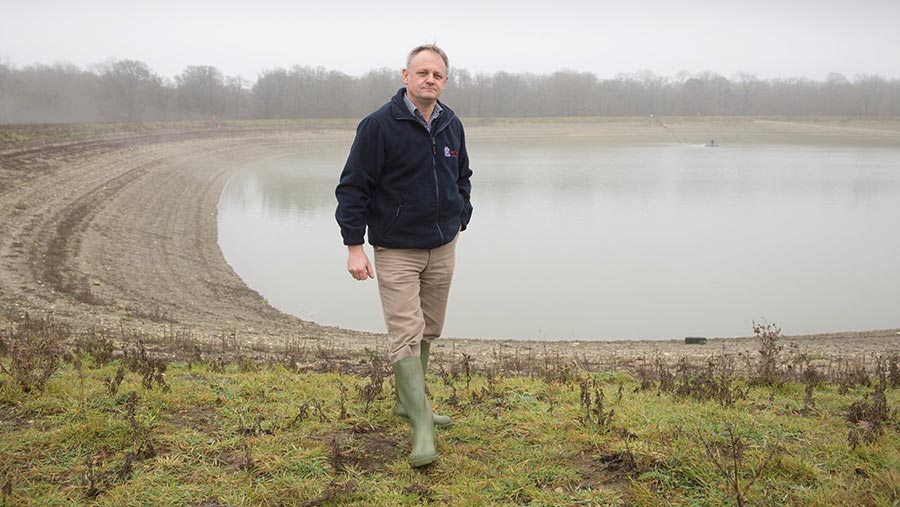 That’s more than half of the winter gone and so far things look remarkably well – considerably better than the past two years.

All we can hope for is that the season doesn’t show up in force in March or even April as it has been known to in the past.

I hate to mention it, but we had barely enough rain to fill the reservoirs and top up the aquifers, which does ring alarm bells for the future.

However, the fantastic ground conditions have allowed for timely applications of manures and digestate to growing crops and to be incorporated on land ready for planting very soon.

Winter cover crops, if not already grazed off by sheep, are now being mulched down ready for incorporation.

The next step is to complete a Sustainable Farming Incentive application to reap the benefits of our efforts. Or are the conditions associated with those payments just too onerous? I will have to leave those taking part in the pilots to determine that.

One of the many challenges I have experienced recently has been completing one environmental scheme and attempting to start another.

First, the void period, in our case eight months-plus before a new Countryside Stewardship scheme can commence. Surely that can’t demonstrate the flexibility required to ensure an effective buy-in that’s all about following the new rules?

Second, the inability to end one agreement slightly early to allow for a new much more exciting, carbon-busting one to commence. That is, of course without punitive penalties from our good old friends at the RPA.

I suppose these two challenges fall under the same banner, but when you have experienced them at the same time you do become rather frustrated.

Recent announcements on Landscape Scale Recovery do seem exciting, aspirational and deliverable, but are totally unaffordable at any scale.

No doubt a very small number of schemes will attract a lot of attention, let’s hope that Local Nature Recovery can achieve more, even if it does have to be funded by private finance.

I look forwards to bumping into those of you who are attending the NFU national conference in Birmingham on 22 and 23 February.