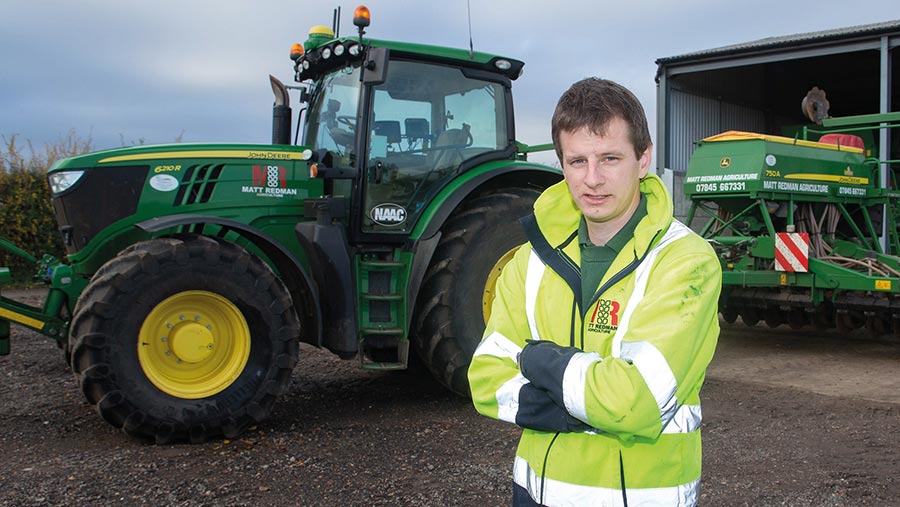 Farmers always seem to be optimistic and this year is no exception, with “next year will be better” already being mentioned in every other sentence, it seems. I’m feeling positive and taking the same approach, and looking forward to the autumn drilling campaign getting started.

Harvest hasn’t been that much fun and more of a “clear up to forget” operation, although we should be thankful that we managed to cut 95% of crops while the weather was good, with minimal weather issues until the last few fields.

If we need some positives, a small harvest does make storage logistics much easier.

Winter wheat yields have varied from about 5t/ha to 9.5t/ha, dependent on drilling date and variety more than anything. Gravity drilled into cultivated ground in October is very disappointing compared with Skyscraper direct drilled in October and Extase drilled in February.

The ability to travel and get a pre-emergence spray on made a huge difference to the blackgrass control which negatively impacted some of the fields of Gravity.

Oilseed rape that was broadcast into a standing crop has, on the whole, established well, but we have learnt a few things for next year. I think seed rate should have been increased, and I was too relaxed about slugs and didn’t check or treat quickly enough after spring barley was harvested.

This has affected the number of plants and possibly means the buckwheat and phacelia are more important than the OSR now as a cover crop. Interestingly, behind spring wheat has not had the same problem.

Heading into autumn will also bring a fairly big change here with the arrival of some different coloured paint. It brings new challenges, such as a new dealer to work with and new control layout to learn.

However, the biggest issue highlighted so far is that my red logo won’t go on the side of a red tractor. It’s a fairly major change, but one I’m looking forward too as we swap a couple of the John Deere 6Rs for Case Pumas.

It wasn’t an easy decision, but I’ve heard a lot of good things about them so let’s hope it’s a good one.