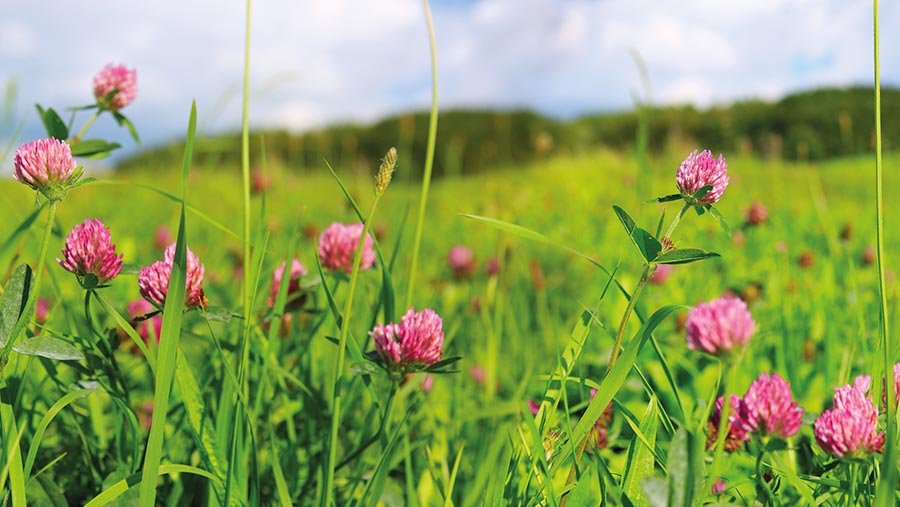 A re-think of arable rotations is seeing greater integration of whole-field stewardship options, as growers look for ways to deliver both environmental and economic returns ahead of the arrival of the Environmental Land Management (ELM) scheme.

After such a difficult cropping year, a shift in the risk/reward balance – especially where break crop performance is concerned – is just one of the reasons why the whole-field options in Countryside Stewardship are attracting more interest than they used to.

At the same time, the looming funding gap as the Basic Payment Scheme starts to be phased out and before ELM is rolled out in 2024 is adding impetus, with arable businesses looking for ways to maintain their profitability.

While they won’t be right for every farm, there are good environmental, financial and agronomic reasons to consider including whole-field environmental crops into the arable rotation under Countryside Stewardship, says Ed Hutley, senior associate director with Strutt & Parker.

“Traditionally, environmental stewardship was confined to field edges, corners and woodlands,” he says.  “Now we have some flexible whole-field options which can be moved around the farm, which may offer solutions to some of the current challenges facing arable units.”

And with greening rules gone, the opportunity to introduce stewardship as both a third crop and a rotational option opens the door even wider, as their inclusion on-farm allows areas that are taken out of production to come with a guaranteed income stream.

“We know that ELM is on its way and while the finer detail is still being decided, these options can be tried and evaluated now under Countryside Stewardship,” Mr Hutley says. “It makes sense to use the transition period to test things out on your own farm.”

He stresses that the income stream produced by stewardship is largely unaffected by weather extremes and yield fluctuations. “This means they can have a dual role – increasing the scale of environmental delivery and being a lower-risk break crop for wheat.”

What are the opportunities?

Some of the options that may suit arable rotations are:

With weather extremes becoming increasingly common, their effect on the consistency of harvest results and farm finances are already being felt.

“We’ve experienced both the wettest period on record and some of the driest conditions ever in the past 12 months,” he says.

“As well as huge disruption to cropping plans and the ability to perform timely field operations, most growers ended up with lower yields this year.”

In addition, the loss of further chemical active ingredients before replacements have been developed is creating difficulties with certain pests, diseases and weeds – with break crops being most affected.

“Oilseed rape has been particularly hard hit. Having suffered from flea beetle damage and poor establishment in dry conditions, as well as rising growing costs, its profitability has fallen so far on some farms that there’s no appetite to grow it again.”

Alternative breaks often haven’t fared much better, he adds. “All this is happening while there’s a move to lengthen rotations and bring in greater diversity – a two-year grass ley, for example, suddenly comes into contention.”

Where livestock is coming back on to farms, the value of green manures is also a factor, he notes. “There’s a positive effect on soil quality and organic matter levels and a value from better inherent fertility. The reduction in soil trafficking is another benefit.”

Baseline figures taken from the Farm Business Survey for England from 2013-17 show that on average, arable farming activities made a loss of £59/ha.

Other income sources – diversification, BPS and agri-environment schemes – mean that average total profit was about £275/ha, but post-Brexit changes to farm support mean that most farming businesses are looking for ways to maintain this income as BPS payments reduce.

“This is where an option such as AB15, a two-year sown legume fallow with a payment of £522/ha, can start to look attractive. It’s a nitrogen fixing ley, without the need for livestock, which can be used to replace break crops that aren’t performing.

“It also has a place where blackgrass control is proving difficult, as it can be topped.” 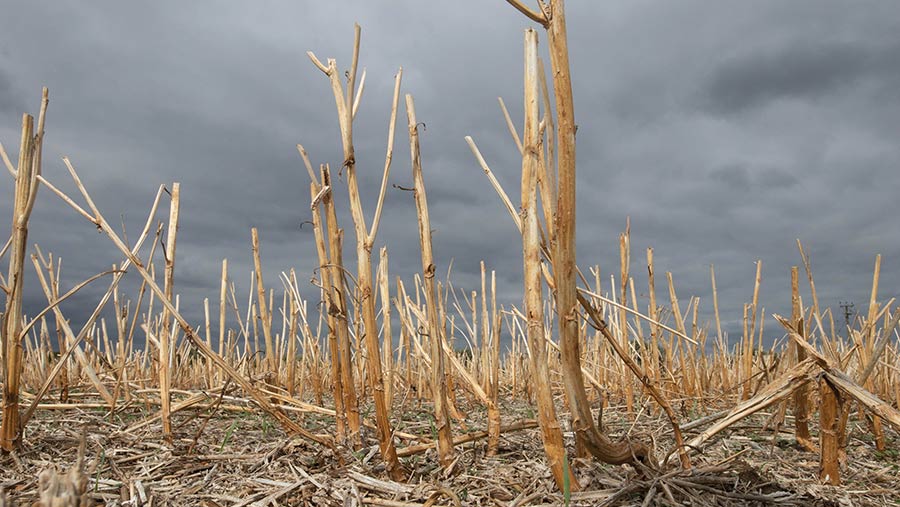 Alternatively, AB6, enhanced overwinter stubble, has similar appeal. With a payment of £436/ha, it also compares favourably with some break crops.

A gross margin comparison from the 2019 harvest shows that these two options outperformed many linseed, spring beans and spring oats crops, while also putting winter beans, winter oats and oilseed rape under pressure on some farms (see graph).

“This is why it’s important to benchmark your farm performance,” says Mr Hutley. “Farms that are consistently in the top 25% of performers won’t be better off by doing this – it certainly isn’t for everyone.”

He also highlights GS4 – legume and herb-rich swards – which offers greater flexibility as it can be grazed. “The payment is lower at £309/ha, but it works well for farms with the infrastructure and expertise for livestock.”

The opportunity to look after and enhance the farmed environment extends beyond taking the less productive areas out of production with whole field options.

All the indications are that Tier 1 and possibly Tier 2 of ELMs will have features currently included in Countryside Stewardship, says Mr Hutley, which is why growers should get to know them now.

“There will be a transition period from 2021 to 2024 and Countryside Stewardship will be available throughout that time.”

The big difference is that growers currently get paid for putting these options into place, rather than on how well they perform.

As ELMs might be based on payment by results, growers will need to know what environmental outcomes are being delivered by the options they have in place. Being able to evaluate and monitor them now makes sense.

“Clearly the deadline for applying for Countryside Stewardship has gone for this year, so if you’re not in the scheme you will need to wait until next year,” he says.

It is important to understand the obligations and what you are committing to with a Countryside Stewardship Agreement, advises Ian Gould of Oakbank.

Growers must engage with the process and accept that signed contracts come with a clear set of rules which have to be adhered to.

“The payment rates reflect that,” he says. “The rates are fair as the costs have been worked out for each option, according to the work involved.”

He points out that AB15 and GS4 are essentially the same product, but with different rules. “GS4 can be cut for forage and grazed,” he explains. “With AB15, no productivity is allowed, so it can’t be cut or grazed. That’s why the payments differ by more than £200/ha.”

Another difference between them is that GS4 has to be established only once, while AB15 has two sets of seed and establishment costs over a five-year period.

“Remember too that while you can top AB15, no harvesting is allowed and after two years, you must replace it. That may mean re-doing it in the same place, or you can move it to a different site.”

Changes to AB15 mean that it no longer has to include grasses, although caution is advised where blackgrass control will be required.

“Legume-only swards tend to have gaps in them which turn into spaces for weeds. So mixes with some grasses in them may be best, as this option can be topped,” Mr Gould says.

Another option which can work well as either a whole-field or margin option is AB8, containing wildflowers and grasses. A native mix is more persistent and will be longer-lasting, so is preferable where it is being established permanently, and the only ongoing cost is a bit of mowing.

“Getting into Countryside Stewardship can be a really good move – it pays a fair rate and the money is there for five years,” he says.

“But it is worth building in some room for getting it wrong – especially when it comes to measurements, and it is an obligation which involves work. So make sure that you are on board with the process from the outset.”