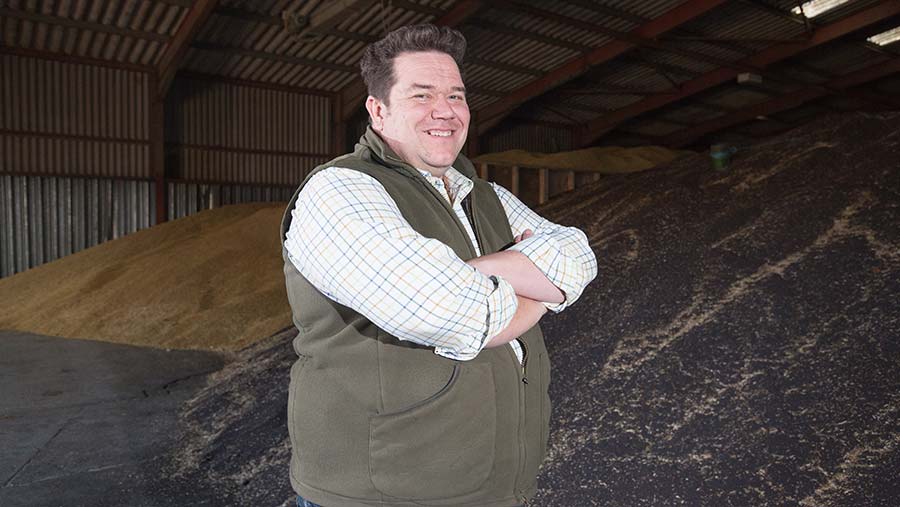 We finally got drilled up, and with the conditions as they are, we would have had time to do it all over again.

Some of our heaviest fields that were direct drilled with oilseed rape still have some pretty big cracks left over from the drought. Several I found are wide enough to lose your keys in – not typical conditions for November – certainly not at Belvoir anyway.

All the spraying is up to date except for our Kerb application in the oilseed rape and with current temperatures in double figures, it’s probably a few weeks off yet.

As I write this, I just finished listening to Prime Minister’s Questions, with Theresa May having briefed her cabinet yesterday on her proposed Brexit deal.

A few days ago I listened to a debate on the radio about how cows and sheep are bad for the environment, and before that another radio debate centered on farmers holding up traffic with their tractors.

It’s all desperately sad, and not once did I hear anyone say anything positive.

I’m sure if the population of Britain were hungry they would be pleased to see a farmer’s tractor holding up the traffic if it were carrying fresh produce, and relieved to see cows munching on grass belching and passing wind if it meant they could have milk on their cornflakes or in their coffee.

Although I’m often an armchair referee thinking I could do better, I for one wouldn’t have wanted the job of negotiating Brexit, for that is a poisoned chalice if ever there was one.

A wise man once told me “you will always catch more flies with sugar than you will with salt” and it strikes me there is just too much salt in Britain.

On a lighter note, Barley, my new superdog, made her first retrieve last Saturday. Unfortunately it wasn’t a bird I shot, but one of my neighbouring guns.

She picked the bird beautifully, only to retrieve it back to another gun at the end of the line. We’ll call it a work in progress.