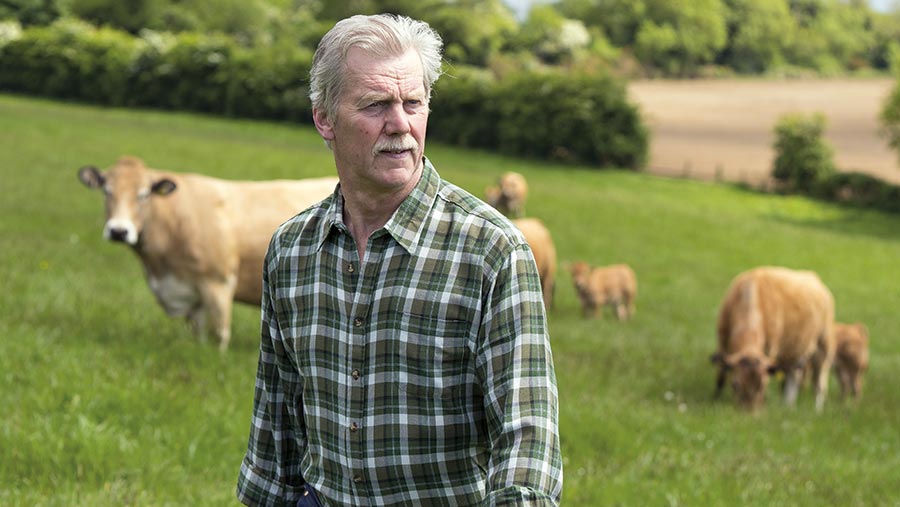 I am not afraid to admit we have just returned from a most enjoyable week in the French Alps with perfect conditions and excellent skiing.

Whatever one enjoys, it is important to take some time off, forget about business and just relax. My work/life balance is increasingly important and if the day comes that I can’t do that, that will be the day I put up the “For Sale” sign.

After a couple of weeks of unsettled weather, it is uplifting to get back into the fields again and get on with top-dressing and spraying operations. Some winter crops in this area are very forward, with the remainder at normal growth stages for this time of year.

My oilseed rape took a serious battering from a large number of very persistent pigeons, despite numerous efforts to deflect them.

This included regular shooting to reduce numbers and I believe without that option the crop would have been wiped out.

I, therefore, find it quite unbelievable that some environmental groups are suggesting shooting should not be allowed.

It is imperative that we are able control numbers and shooting is a key part of that, so any suggestion to stop it is both naive and irresponsible.

Thankfully, the crop is now starting to recover and, hopefully, will grow away with a little warmer weather.

Some winter crops are still a little reluctant to “get out of bed”, but there are plenty of healthy plants which will hopefully lead to a healthy yield – provided the weather is kind and I make the right decisions.

Away from arable matters, my Aubrac cows have started calving and all is progressing well so far. For some reason though, some seem to be particularly protective of their calves this year, so we have had to handle them carefully.

Given that they are originally from France, maybe they are worried about Brexit and that they might be repatriated.

All our cattle are bedded on straw, but we are in a livestock-intensive area, so there are a lot of slurry tankers flying around and a distinctly unpleasant whiff in the air. Dare I suggest that injection is the way forward?

Robert Moore farms on the Molenan Estate in Northern Ireland, where his family have farmed for more than 200 years. He switched to arable farming in the 1990s, away from beef and sheep. He still has a small suckler herd on non-suitable arable land.