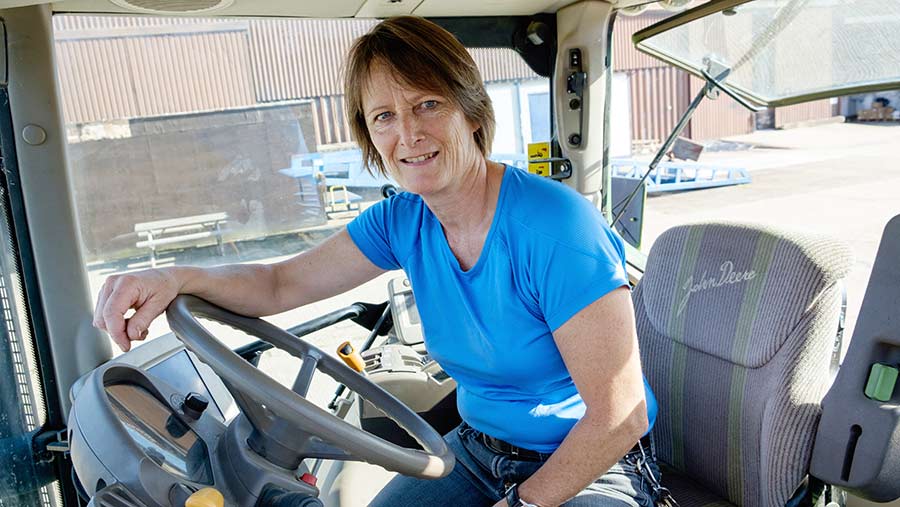 I simply love early May, what a spectacular time of year to be outdoors.

We waited and waited for rain before drilling our last crops – borage and millet.

When the weather forecaster gave a really convincing case for a forthcoming inch of rain, Hew went hell for leather for a couple of days with the Mzuri drill and we were rewarded with a beautiful, steady 24mm of rain a day after everything had been rolled in.

Hew used the waiting time to get some fields destined for millet moled beforehand.

Conditions were much more suitable than they were in August when the mole metal wore out after only four hectares.

The flag leaf fungicide, as our agronomist reminded me, is applied to protect potential yield. It does not actually add to yield.

Armed with this knowledge, we have been realistic in assessing disease levels as always, but also likely yield.

I enjoyed “attending” my first webinar: AHDB’s “What can we learn from organic farming?”

Fellow Farmer Focus contributor John Pawsey was host and really opened my eyes to the tools that he is using on a broad scale, and which we could learn from.

We might think that organic farmers use old methods eg. the plough. Not a bit of it.

Organic farmers are using some amazing technology and we really need to sit up and take notice because as we lose chemical tools, we may need alternatives, like camera-guided hoes, for example.

On one of our millet fields, which we will walk at our Monitor Farm Open Day on Friday 21 June, we have an area where we did not apply glyphosate.

We lightly cultivated with a Vaderstad Carrier with cross cutter discs to break up the green cover crop pre-drilling. It will be very interesting to compare with the glyphosate-treated part of the field.

Talking of glyphosate, Hew has been out with the knapsack sprayer destroying grass weed patches that are just too bad to leave. It is a ruthless, but necessary, approach.