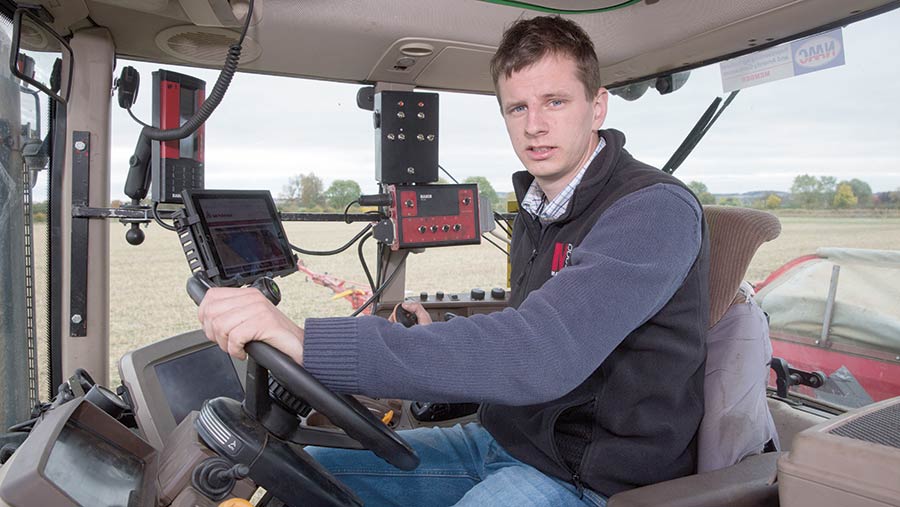 My first OSR harvest is progressing well, although trying to combine oilseed rape when it wasn’t too dry meant a week of late nights or early mornings, rather than just a day and a half.

Campus seems to have outperformed Django, although with only trailer “guestimations” and no weighbridge I can’t say by how much exactly.

It certainly produced a better sample, with very black seeds compared with lots of red and brown in the Django sample. Neither variety was desiccated pre-harvest.

At the time of writing the combine is parked up, waiting for the winter wheat or spring barley to be ready – although winter beans could jump the queue as they are dying off fast.

In between combining I’m sorting out the aftermath of all the ditching work completed over winter and adding to the drainage work by carrying out some mole ploughing.

Unbelievably there is still a fair bit of moisture in the subsoil, enabling a near-perfect mole channel to be formed. The top 250mm is the total opposite though – as dry and hard as concrete.

Before harvest, Bedfordshire NFU ran a farm health and safety afternoon, with a number of talks hosted by a range of stakeholders and industry experts.

The Health and Safety Executive’s head of agriculture, Rick Brunt, gave us a presentation about farming’s safety record – which is awful and hasn’t changed for 50 years.

With 33 fatalities in the 2017-2018 period, it’s certainly time things changed. Farm Safety Week has just been and it’s great to see via social media the changes being made on farms to begin to tackle the issue.

It’s important to keep up the momentum and ensure that it isn’t only a priority for one week a year, so keep talking about it and making the necessary changes.