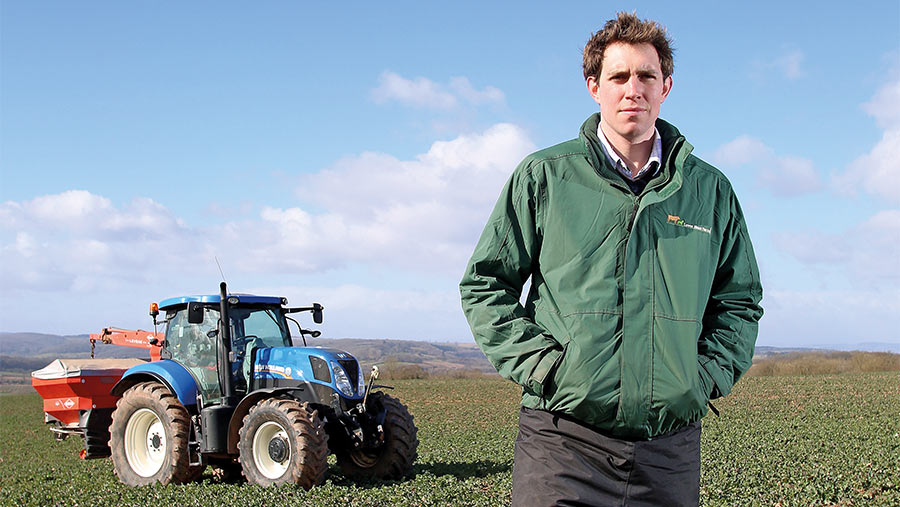 Harvest progress has been slow. We managed to harvest our September-drilled wheat in the hot spell just before the thunderstorms.

We were fortunate that it was all cut dry, but the temperature was high so needed cooling. Yields were considerably variable across the field due to soil type.

We looked to have achieved our long-term average yield (only estimated not weighed), which is 0.5t/ha lower than our five-year average. This was helped significantly by the specific weight.

Although this is maybe an acceptable result given the year, I can’t help feeling a little disappointed considering when the crop was drilled and how it looked.

The volunteer winter beans yielded a massive 8t off 6ha, but they have not cost anything.

The planted winter beans were not much better, averaging just 2t/ha, however, the sample looks to be good and there are not many signs of bruchid damage.

Since cutting the wheat in the first week of August, we did not turn a wheel for a fortnight.

The weather in that period has hampered spring crops with oats shedding and heads brackling on spring barley.

On a more positive note, our OSR was planted at the beginning of August after a summer cover crop. Drilling into the cover was a challenge, but perseverance and patience got us there.

The conditions it went into where fantastic and, at the time, we were managing to retain the moisture.

The two weeks after drilling were very dry and we experienced some hot temperatures. A lot of seeds did not even germinate.

The seeds that had found moisture and were at expanding cotyledon stage were starting to show signs of cabbage stem flea beetle damage.

Thankfully at the time, the rain came and it has been the perfect growing conditions ever since.

We have lost a 1ha patch in one field, that we plan to re-drill, so it hasn’t all been plain sailing, but it now seems to be growing away and we are getting the confidence in the crop to apply a residual herbicide.