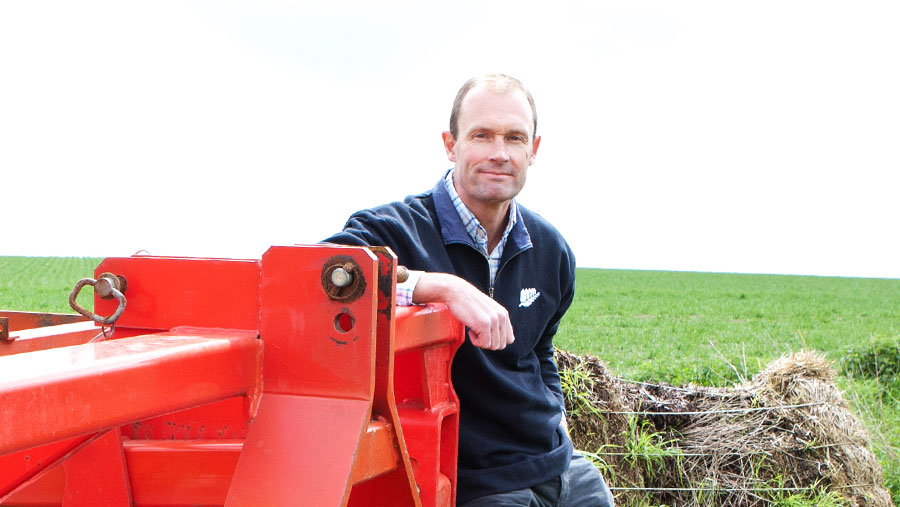 For obvious reasons we didn’t plant a lot of oilseed rape this year and what we did drill is frankly looking a bit dodgy.

The cunning plan of planting later into an already established companion crop didn’t work and it remains to be seen what percentage survives.

On a recent visit to Niab in Cambridge to discuss the flea beetle issue we were shown maps of where most damage was and where the most resistant beetles were.

To be honest there seemed to be no rhyme, reason or pattern, and our own crop is a microcosm of this with one or two areas looking pretty well, while just over the hedge or ditch looks nearly annihilated.

In fact the only OSR surviving in the Niab Park Farm trials was that under fleece.

Well, the cheapest fleece I could find on Amazon came in at about £2,500/ha so the OSR price might need to go up a little to cover it.

Talking to researchers at the many autumn agronomy meetings focusing on insect pests, it has become apparent that applications made in recent years for funds to investigate Barley Yellow Dwarf Virus (BYDV) and aphids were turned down flat, whereas now, post deter ban, there is a sudden rush to get trials going.

Consequently, when we need the answers most, they are all in their early stages, but there does seem to be some evidence of both wheat and OSR varieties that are naturally less susceptible to attack, if only we had bothered to look before.

So, to all those hundreds of research fund decision makers reading this – what shall we do about glyphosate?

I don’t see looking into alternatives as an admission of guilt, just sensible planning.

A fantastic graphic on twitter recently showed the considerable short-term effects some organic options can have on green growth, but they are very short term.

Perhaps if they were swiftly followed by a bit of crimping and chopping?