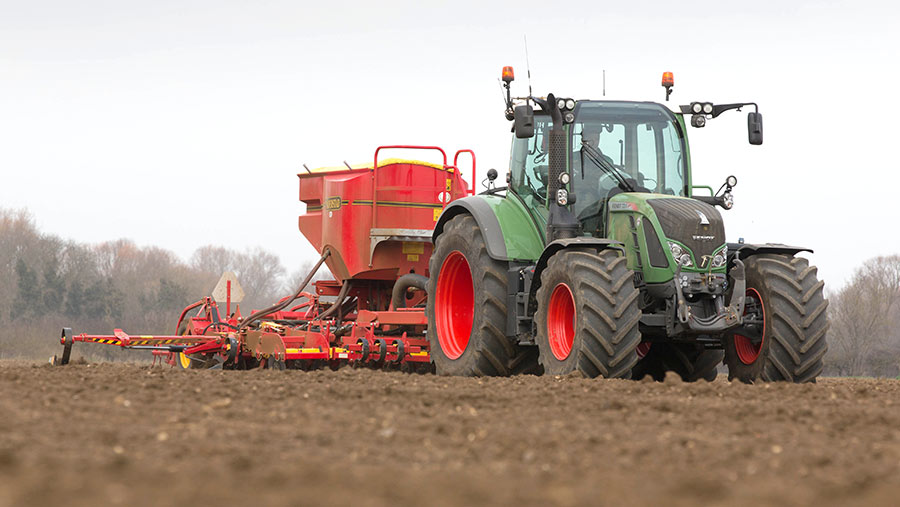 Four new high-yielding oilseed rape varieties have come in at the top of the Recommended List for the UK, as Limagrain’s breeding programme comes to fruition.

Six out of the seven top varieties for yield on the list for 2020-21 are all from the breeder, with top-yielding newcomer Acacia bringing an additional 3% yield over the previous top-performer, Aspire.

OSR growers are also set to benefit from a range of specialist options, including a clubroot variety that promises to deliver phoma resistance for growers in the South.

Three turnip yellow virus (TuYV)-resistant hybrid varieties from Limagrain offer a step up in yield on the level set by their stablemate, Aspire, when it joined the list last year with 106% of controls.

“Limagrain has had the most fantastic surge in breeding success. We’ve seen this group developing over the past three years, so while these new additions are not surprising, it is exciting,” says Simon Knightley, oilseeds specialist at Niab Tag.

Ambassador and Aurelia offer the best yields, delivering 108% across the UK, while Artemis is just behind on 107%.

All three should be robust against phoma stem canker thanks to their RML7 resistance, with Ambassador and Aurelia promising a resistance rating of 8, making them good options for southern growers, where the disease has the most economic implications.

However, Aurelia is equally as good against light leaf spot (8) and achieves 108% in the North, making it a good option in either part of the UK.

“All three varieties looked like red hot certainties, and all have delivered,” says Mr Knightley. 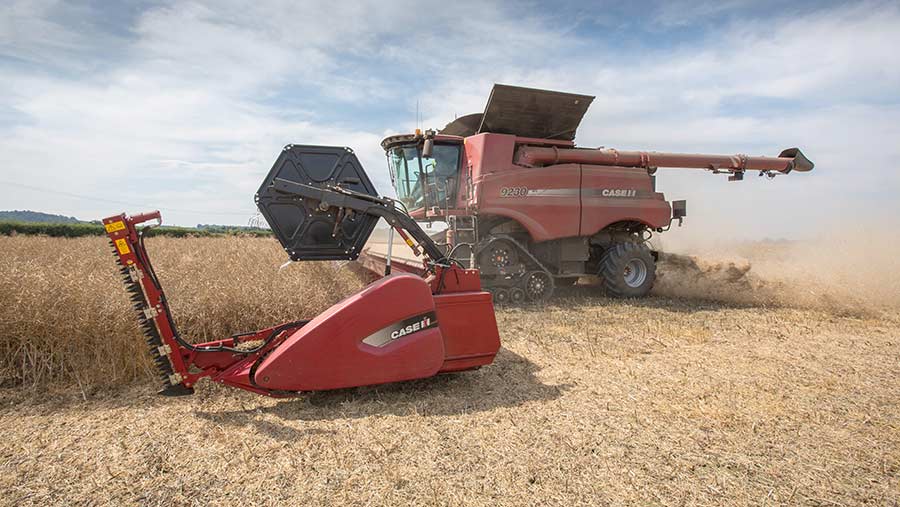 “There are things to pull them apart, but with its really good disease resistance and short straw [155cm], Aurelia is the one that stands out.”

As four out of the five top varieties on the list possess TuYV resistance, growers may feel it is an essential characteristic in future, but Mr Knightley doesn’t believe the situation is that clear-cut.

It could be that the virus is a greater burden than first thought, only highlighted by the introduction of resistant varieties, or the varieties have just become available at the right time to capitalise on a developing aphid problem due to the loss of neonicitinoids.

However, Mr Knightley suspects the high yields are more due to good varieties that happen to also have TuYV resistance, rather than due to the resistance itself.

“It is quite evident that it is a continuum,” he says. “When the varieties are placed in yield order, irrespective of what area they are recommended in, the TuYV ones are clustered at the top. However, there is not a big step down to the rest.

“I don’t doubt that the virus is there, but I can’t believe it is having an overriding impact on yields,” he adds.

As a case in point, the top-yielding variety on the list this year, beating all of the TuYV-resistant varieties for yield, is conventional variety Acacia, which will be good news for growers struggling with cabbage stem flea beetle. 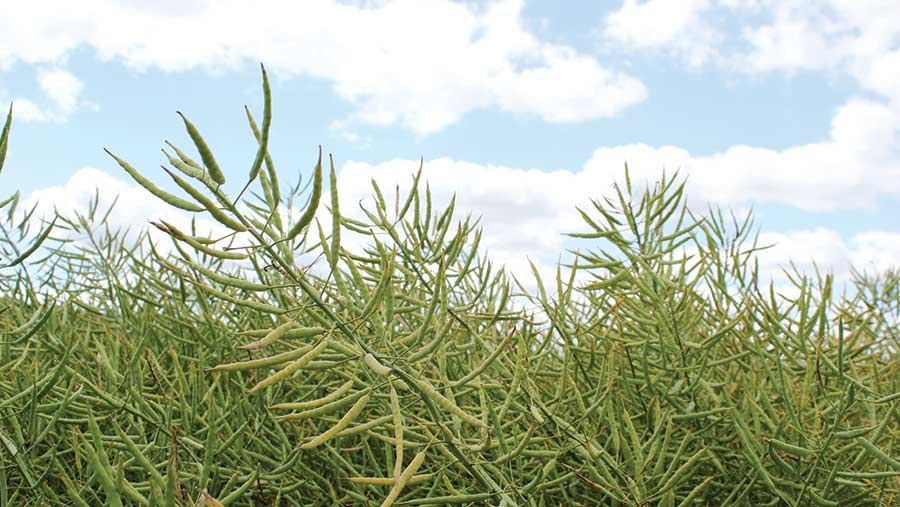 This is despite being comparatively weak against both light leaf spot (6) and stem canker (5).

Instead, Mr Knightley believes the short variety’s good performance may be due to it making more efficient use of nitrogen and not wasting resources on excessive plant growth.

“I would say considering the current problems with flea beetle and growers feeling as if they must resort to conventional varieties in order to be able to put their seed rates up, Acacia is just what they will have been hoping for.”

While the two new hybrid varieties from DSV, which have only been recommended in the East/West, do not offer the top yields of the Limagrain varieties, they do bring other appealing qualities.

Both Dazzler, which yields 104%, and Darling (103%) have an excellent canker resistance of 8, making them appealing to growers in the southern half of the UK.

In addition, Dazzler offers a stem stiffness only seen before in short conventional and semi-dwarfing varieties.

Growers looking to grow a variety with clubroot resistance will see a major step forward in Croozer, one of the two clubroot-resistant options added to the list, due to its resistance to phoma (9).

“This is a tremendous breakthrough, as until now, clubroot-resistant varieties have been noted for their poor resistance to phoma.”

Chrome was an exciting addition to the list last year, as it took yields virtually up to those being achieved by non-resistant varieties, especially in the North. Crocodile and Croozer bring more of the same for growers in the East/West.

Crocodile offers 105% of the control yield, while Croozer brings slightly less at 102%, but both represent a step up from the older clubroot-resistant varieties.

“Yield is important, as due to the patchy nature of clubroot, the variety needs to produce a decent yield on affected areas, but also on the rest of the field.”

With clubroot-resistant options becoming increasingly competitive, the AHDB has issued a note of caution against growers being tempted back into OSR. This is because the resistance mechanism used by these varieties is the same, and growers may unwittingly be selecting resistant strains by growing them.

Of the four new winter wheat varieties – of which one is a soft Group 4 and three are hard Group 4s – RAGT’s soft wheat, Saki, is the most interesting addition to the list this year.

“Saki drew a lot of interest in the summer, as it looked really clean, and its numbers do not let you down,” says Clare Leaman, cereals expert at Niab Tag.

Saki promises 104% of control, dropping to 101% in the North on limited data, and also has good disease credentials, with a 9 for yellow rust, 8 for brown rust and 6.8 for septoria, making it a good all-rounder.

“As an all-rounder, it is a good addition, but it is quite late to mature, and will be too late for some. For others, though, it will be really useful,” she adds.

Of the other new wheat additions, Syngenta’s Insitor and KWS Kinetic both have a marginal yield advantage over existing varieties Gleam and Kerrin, and possess good grain quality. However, both are high-input varieties.

Insitor promises a yield of 105%, but scores just 4 for brown rust which, while not a deal-breaker for most growers, will need to be managed.

Kinetic is a relatively high-input variety, yielding 104%, but growers in the West may be put off by its rating of 5 for septoria, and growers in the East by its 6 for both yellow and brown rust.

“The disease portfolio of these varieties is not going to suit everybody, especially at a time when growers are particularly focusing on this area,” Mrs Leaman says.

Meanwhile, DSV’s Theodore has raised the bar on septoria resistance even further from the mark set last year by Extase, clocking in at 8.2. 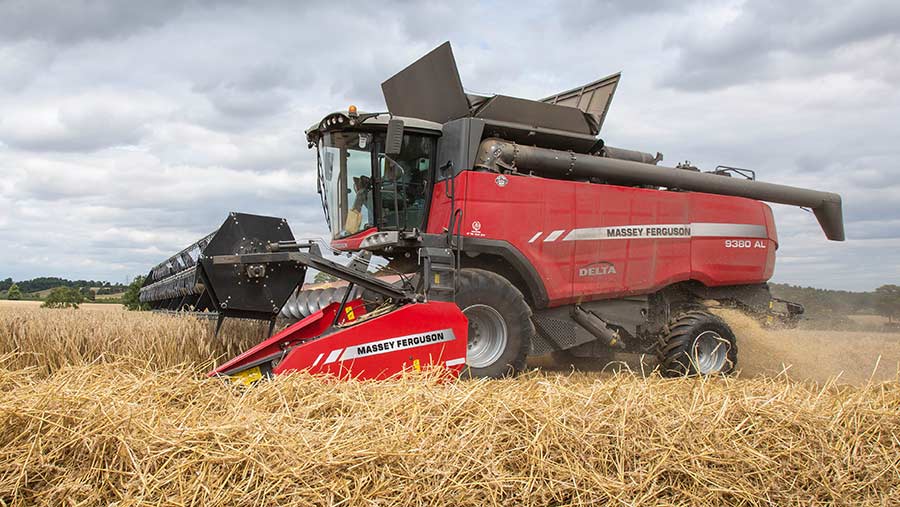 Its yellow rust resistance is also good (9), and last season the variety looked amazing in trials, says Mrs Leaman. However, its yield is very average at just 100% of control across the UK, rising to 102% in the West.

Arguably, the variety will find a niche in the West, a it offers different marketing opportunities to Extase, she adds, but Theodore’s major drawback is a very low specific weight of just 73.8 kg/hl – the lowest on the list.

With an untreated yield of 90%, the AHDB’s disease research manager Paul Gosling believes the variety will be picked up by mixed farms in the West that have limited time to manage their wheat.

Hawking enters the list at the top with a UK average yield of 104%, matching previous leader Mountain. It is a good all-rounder, with a decent specific weight of 68.5 kg/hl.

Growers will have to look after the variety, but it is not a high-risk option.

Jordan has a very good untreated yield of 89%, and a good rhynchosporium rating of 7, which will attract some growers and adds variety to the market.

“It’s a crowded area where it is quite hard to stand out. A lot of new varieties were added last year and these two just slip in among them,” says Mrs Leaman. 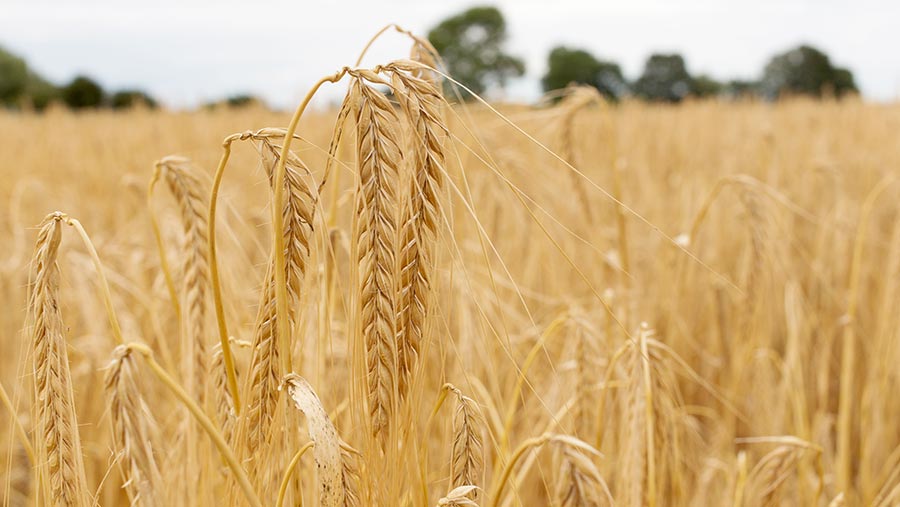 Spring barley has seen the most changes of all the cereal lists this year, with four new malting varieties and two feed additions.

Syngenta’s Splendour tops the list at 107% of control – a big leap on from Cosmopolitan on 105%, with fellow newcomer Firefoxx, from Elsoms, slipping in between.

“This yield jump is a really positive story – we are seeing continual improvement,” says Mrs Leaman.

The other Syngenta addition, Tungsten, slips in lower down, but does offer growers in the North 107% yield. Iconic will need to pick up market share in the West (103% on limited data) to compete.

Disease wise, all the new additions are on a relatively level playing field, although rynchosporium may be a potential issue, with resistance ratings from 4-6.

“As they haven’t yet gained approval, it’s not the new entrants that growers should be interested in here, unless a local buyer has already committed.”

Instead, Cosmopolitan, which offers an average UK yield of 105%, is the most exciting option for growers, as it was recently approved.

The two new feed options – Fairway and Prospect, both from Senova – may find it hard to carve a real niche, as they will also need to compete with malting varieties.

Fairway promises a yield of 106% and has a resistance to lodging of 8 on limited data, but measures just a 3 for rhynchosporium, effectively ruling it out as a viable option for many.

Prospect, meanwhile, is better with a 6 for rhynchosporium and could be an option for those in the East/West with yield of 108%.

New spring oat variety Isabel is potentially one of the more interesting additions to the Recommended Lists this year, with a good yield (104%), decent kernel content (76.8%) and specific weight (55.7 kg/hl).

For milling, Canyon and Elyan are the two go-to options, but Isabel could become a third.

“Isabel looks to have good quality and potentially increases yield in a type that millers may be interested in,” says Mrs Leaman.

“It’s up to them to decide if they want it, but it should be an easy sell,” she says.

Madison is not as high-yielding as existing varieties Oliver and Kamil, but joins the described list for naked oats in between the two, and will add more choice to the market.

In an effort to make the data held in the Recommended Lists more accessible to both growers and their agronomists, the AHDB has launched an online variety selection tool.

The tool will allow users to sort and filter varieties based on their personal preferences, helping decision-making based on agronomic merits.

The variety selection tool is live on the AHDB’s website now, while a mobile app which will directly replace the pocket books will be launched in the spring.