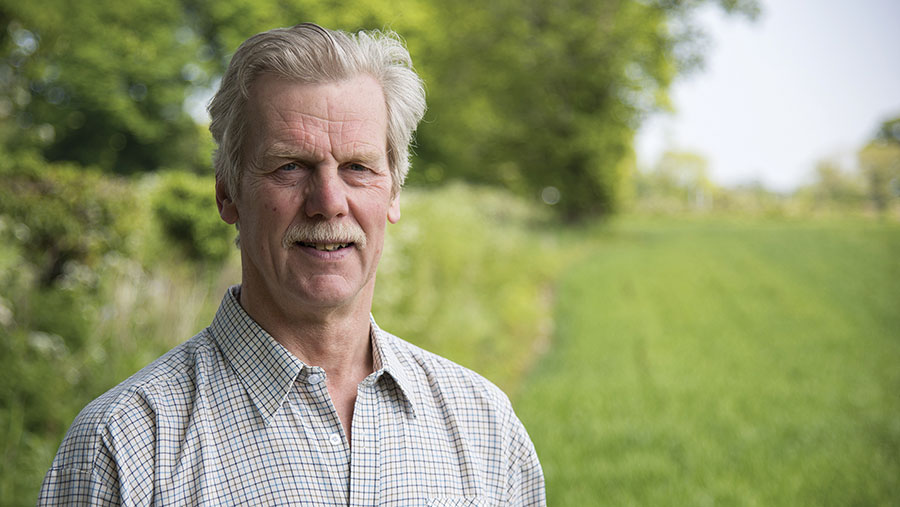 I never thought that here in the north-west of Northern Ireland I would be looking for rain! We had 84mm in the first three weeks of March and then none until 26 April. Land dried out quickly mainly due to a continual cold wind which also slowed growth.

We have had only 14mm since then, and in small amounts which haven’t done much good. My last couple of fields of spring barley are suffering and very patchy, just because some seed is sitting in virtual dust and hasn’t germinated.

See also: Analysis: How the loss of chlorothalonil will affect farmers

Earlier spring malting barley is looking well, but now I am told there may not be a market for it as demand for malt has dropped back due to the Covid-19 lockdown.

The rest of the crops are a mixed bag. Both winter and spring oats are looking well, and half the wheat is good, but everything else is variable – I think mainly due to later drilling, a long wet winter and cold spring. We really can’t win!

The coronavirus issue has brought food production back into sharp focus and not only highlighted the importance of home-produced food, but also the necessity for joined-up, communicative and flexible supply chains.

Into the middle of all this arrives the Agriculture Bill which the government pushed through without amendment – leaving a number of MPs sitting rather uncomfortably.

I am far from convinced that our UK farming unions have got their policy right on this issue of imports and quality. To me the policy effectively supports imports of food, much of which we can produce perfectly well within our own country.

What happens if another country decides to meet UK standards, but still manages to undercut us? Where does that leave UK agriculture?

Surely a better policy would be to push government to support maximum home production and only import food that we are unable to produce here.

That way farmers and the rural economy would be supported and we would retain full control over how much we produce and how we produce it. It would also retain maximum economic benefit within our own shores, ensure food security, and manage our own environment. Makes sense to me.