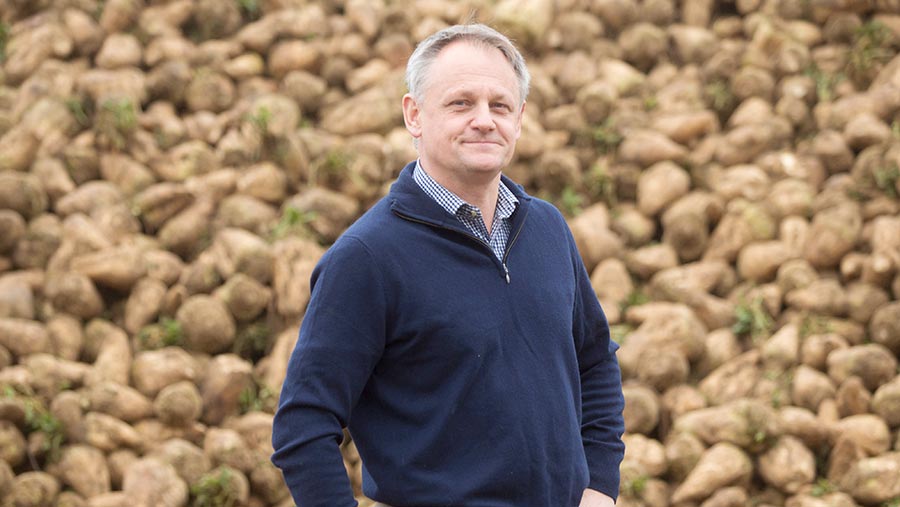 Are we in or are we out of the EU? That’s the question I had to pose when thinking about what to write for this piece. By the time it is printed we will most certainly know the answer.

Given that I seldom gamble and with the uncertainty of the present political situation, I won’t make any rash predictions. I’ll stick to describing our autumn here at Euston, and inevitably lapse into farmer mode and mention the weather.

The rains eventually arrived at the end of September and with 250mm in just over three weeks, even on the lightest of sandy fields it has just about satisfied the soil moisture deficit.

What we really need here is the same amount again before Christmas. Sorry to make that comment when I know how many of you are struggling with just too much water. It certainly demonstrates how localised some of the rain has been this year.

Thankfully, the water arrived just in time, not only to help soften the ground to allow the first sugar beet to be prised from the soil, but also to help in boosting yields. Indeed, you could almost see beet and autumn-sown cover crops growing.

As a consequence of it being so dry, as well as just wanting to get the job done, we had a large proportion of the winter cereals sown before the end of September. This meant that the only struggle in the wetter conditions was land after sugar beet and the last of the forage maize.

Needless to say, and no doubt a result of it being so mild, all has emerged and is growing on well, so its now aphid and slug watch.

One of the more exciting things to do over the next month is to take part in the London Lord Mayor’s Show on Saturday 9 November.

A team led by the Worshipful Company of Farmers and supported by the NFU, Red Tractor, Surrey Docks City Farm and Massey Ferguson, will be drumming up trade for our Great British produce both to those who line the streets of London and to the massive BBC audience that follow the show live on TV.

Make sure you look out for the NFU young ambassadors who are, without doubt, going to be the farmers of the future.