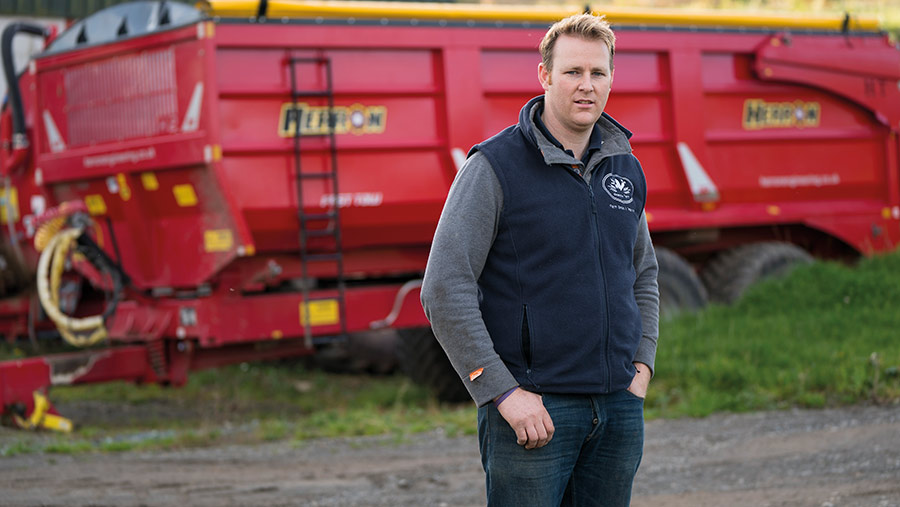 Fertiliser continues to rise while grain falls like a stone, although I do think after time grain will recover when reality sets in regarding this so-called grain/fertiliser deal, meaning we may have to hold barley in store longer than normal to get a return

On harvest we have yet to start. Weather was excellent over the past couple of weeks, however, we got 1in of much-needed rain over the weekend.

I tested the winter barley on the Tuesday evening, getting 13% readings. So, if all is good, we’ll be making a start the day after I write this.

Richard Orr
Richard Orr farms 160ha in Downpatrick, Northern Ireland, with his wife and parents. He is an AHDB Monitor Farmer. Crops include wheat, oats, barley, potatoes and vegetables. The business also has a farm shop and beef cattle
Read more articles by Richard Orr 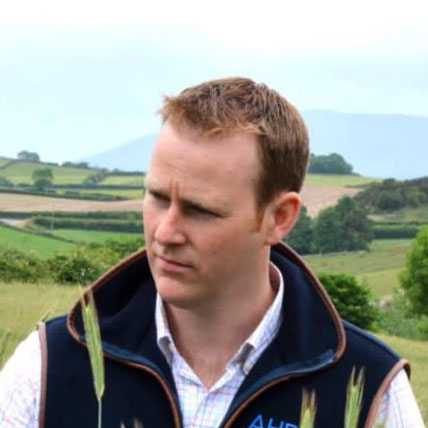 Oats have tested 17% today so, hopefully, after barley the oats will be close and we can roll through and into wheat after.

Wheat shows lots of promise, but local reports on barley harvested so far wouldn’t be great. If we can manage not to dry the barley, it will be a good cost saving.

Here in Northern Ireland, I’ve only ever not dried grain once in 12 years.

Demand for straw is very poor, so once the present orders are filled the chopper will be turned on, with potash fertiliser at crazy prices.

We have three varieties of oats in trials – Mascani, the long-running standard in winter oats, then Isabel and Husky which are much taller, higher yielding varieties. But so far, I remain to be convinced of these latter two.

Husky as a spring crop yes, but as a winter crop, Husky and Isabel have shown much more disease than Mascani and a higher risk of lodging.

Mascani may yield less, but always achieves good bonuses, so it will be interesting to see when all are harvested and put through quality checks which gives the best return.

I do believe over the past few years applying foliar potash at T3.5 is definitely helping all the crops hold on longer. I just hope the last two weeks of extreme heat haven’t been too detrimental.

I’m looking forward to getting into the combine, putting the phone on silent and harvesting the year’s work. As long as we don’t break down it is truly the most satisfying job on the farm.