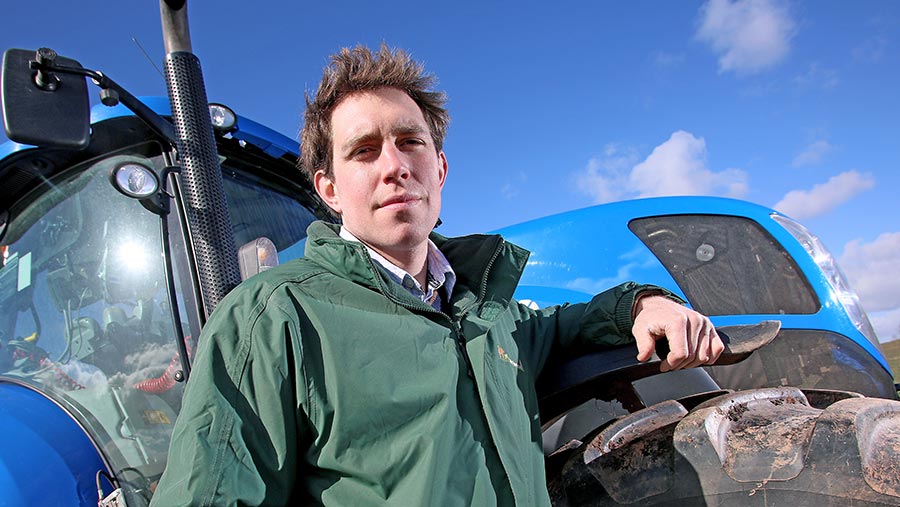 We managed to finish the remainder of the drilling in the middle of October. It was not pretty on some headlands, but it is in – and after last year I will take that.

The weekend at the beginning of October that produced a large quantity of rain took its toll on the crops drilled just before it. Some residual herbicide damage and waterlogging is showing.

From what I have observed, a crop needs to be 10 days post-planting for a heavy rainfall event not to have such an effect on the emerging crop.

However, for once I think we have been very lucky with the weather in the past four weeks compared with other parts of the country. To have two difficult autumns on the bounce would be a very hard pill to swallow.

Someone once told me: “Farming goes in seven-year cycles”, and it does seem a bit of a pattern has developed here, from 2012 to 2019 and from 2013 to 2020. In 2013, I seem to remember a similar October to this where we had in excess of 150mm of rain in October and the second half of the drilling campaign was a struggle.

However, on the bright side, 2014 was the best autumn drilling campaign we have ever had, and this was followed by our best yields in 2015, so hopefully we have that to look forward to.

On the whole the farm does look well, with the Graham winter wheat looking the pick and on some difficult fields.

I am interested in potentially adding some crops to the rotation that make a better entry for wheat, as spring oats tend to leave the ground very hungry meaning the following wheat crop takes a while to get going. Linseed is of interest and we may try a small area in the spring. Its later harvest is my only concern.