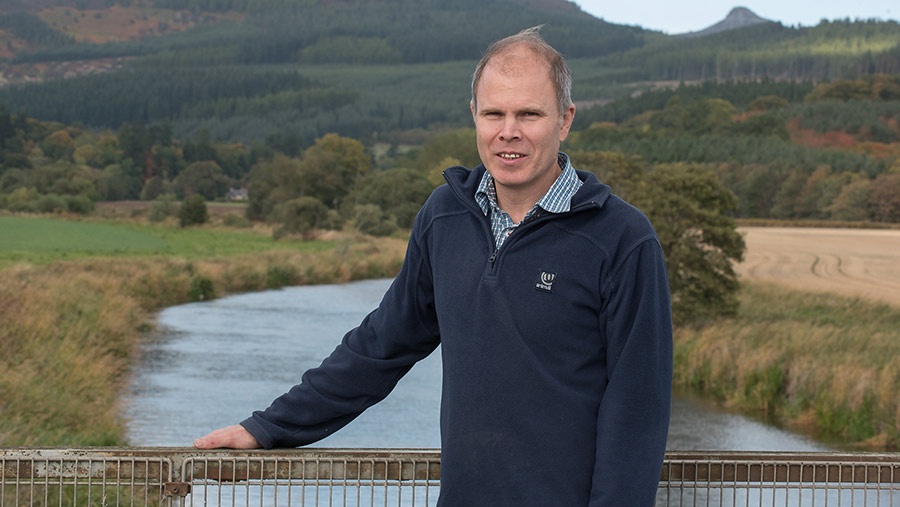 I guess it was inevitable that once silage was planned, it would rain nearly every day.  Although this interrupted our silage making for five days, it has been a good thing as the volume of rain has only been just enough to keep crops going.

Showers, along with many windy afternoons, made it difficult to get spraying done, but with the regular operator starting early and me taking over to get an extra load done at night, we managed to get everything done at the correct growth stage.

Disease pressure has generally been lower this year, but the loss of chlorothalonil is likely to put spring barley at risk of ramularia, which may start to show in the next few weeks.

Folpet has been used in its place, but I have found it to be not only more expensive, but it is supplied in small containers that are hard to rinse out and also prone to sticking to the inside of the sprayer tank, so some serious cleaning is now required.

Crops look well, but the damage done back in April when it was particularly dry is still apparent, with the lighter areas of fields remaining thin. With the silage yield being variable and average at best, I think that winter crops in particular will follow a similar pattern.

I have recently taken advantage of a special offer for mapping software and am now trying to get to grips with getting all the field splits properly set up.

I am hoping this will allow me to dispose of many files of paper maps of yield and soil sample results and keep the information on the computer.  Some face-to-face training would be very beneficial for this, as there is more to learn than can be covered online.

I shall be logging into Arable Scotland for my first virtual field day.  I suspect that while it will be useful, it wont be quite the same as the real thing and I shall miss not only the chance to see what is going on first hand, but also the very good burgers supplied last year – which I don’t think will be the same in virtual form!