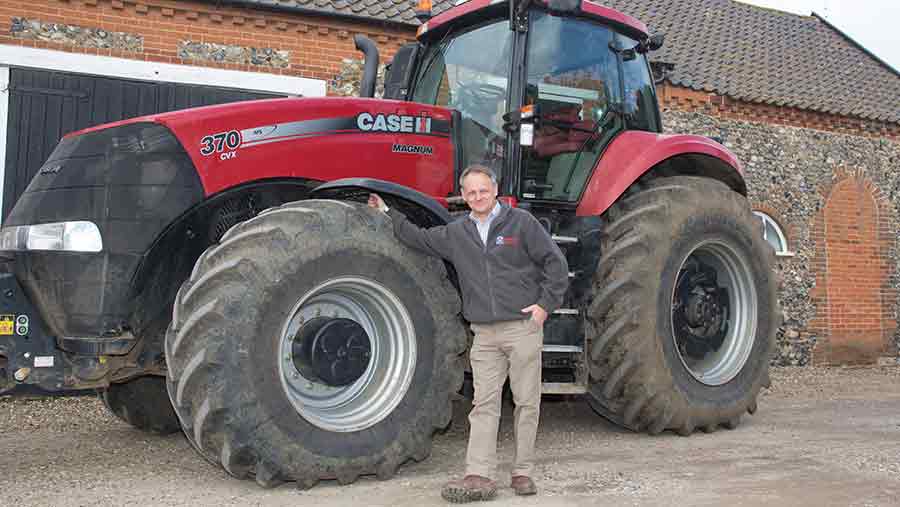 I had a fantastic day out in Staffordshire judging the Agricultural Societies farms’ competition. Not only did the sun shine, but so did the farms I had the pleasure to visit.

It was a real challenge to decide on the champion from such worthy contenders, ranging from those on the urban fringe of Birmingham – where the silage trailers have to negotiate their way through the local housing estate to fill the clamp – right the way up to the farms with their views of the delightful hills of the Peak District.

Back at home, the cereal harvest is in full swing, with winter barley almost completed and the wheat a week or so away – progress is definitely being made.

I have been criticised for using the word “average” to describe the barley harvest. But I am thankful it has been just that – given the late spring, the drought in May and the floods of June, I am pleased to say the crop has struggled its way through to being average.

Wheat looks to have plenty of potential, but the ultimate test will of course be set with that big green Claas machine very soon.

I hope members of my local NFU branch are ready to help out with the Brexit consultation. It is a shame it has to be completed during the harvest months, but we really will not have that many chances to get this right.

As with the new top team in the government, I do think those who called for us to leave the EU should step forward and explain their vision for the future, making sure it all stacks up for farmers’ benefit.

I would suggest the first thing is very much to ensure our direct payments are protected until the end of 2020 – after all, the RPA should have a system that manages to administer it by then.

At least that will give us an element of short-term financial security while commodity prices continue to yo-yo.

Then we need to start the hard graft on ensuring our markets are in some way protected. There is very little point in producing to the highest environmental and welfare standards if no one will pay for it.