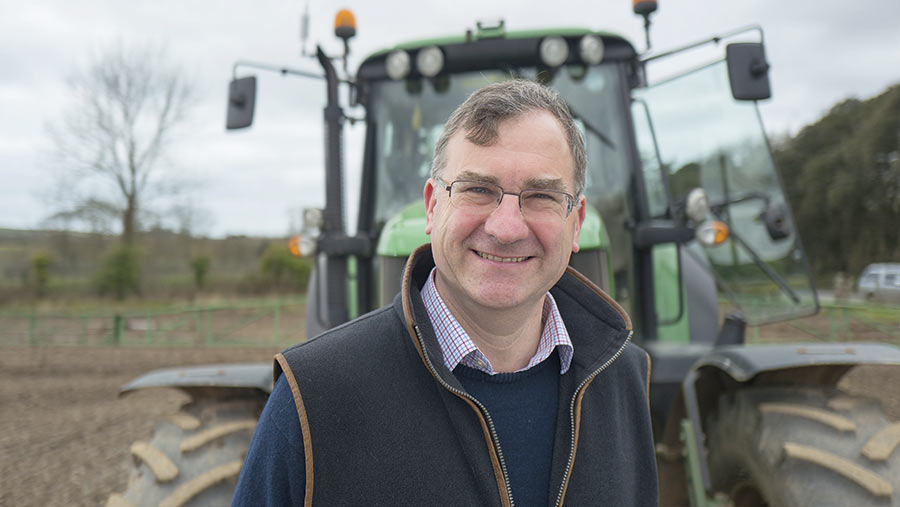 I don’t know where the start of 2017 has gone. One moment it’s New Year, the next it’s the middle of February.

Up until recently we have had a relatively benign winter with an even mix of mild and cold weather. More recently it has turned wet, but we are behind with our normal rainfall pattern so I guess it is only righting itself.

All autumn sown crops continue to look well. The only exception is one field of winter wheat that I was persuaded to drill with a tine drill, which one of the more enthusiastic machinery reps around here had out demonstrating last autumn.

It was to be, he claimed, the answer to my prayers as I would be able to reduce my cultivations even further. It is, however, looking like most of the field will need ripping up and replanting.

I did consider drilling a field alongside the main road while we had it, but in the end, having learned a thing or two over the years, I found a more discreet one.

On the plus side it does confirm that our current mix of cultivation strategy and drilling kit works satisfactorily and that tine drills are probably best left to those with a higher clay fraction in their soils.

Recent weeks have seen us recruiting for our two student placement positions. We offer one on the farm and one in the vegetable processing operation.

Both placements last a year and give us the opportunity to learn from the students and them from us. We find that having some young blood in the business generally gives a fresh perspective.

The competition was yet again very strong and we had a difficult time choosing the successful applicants. This year for the first time we had more female applicants than male ones, which probably just reflects the current gender balance studying agriculture and food-related subjects.

In the end the ladies won, gaining both positions. I came away from the process feeling proud that our industry attracts such good people who are, after all, its future. We look forward to them starting in the summer.