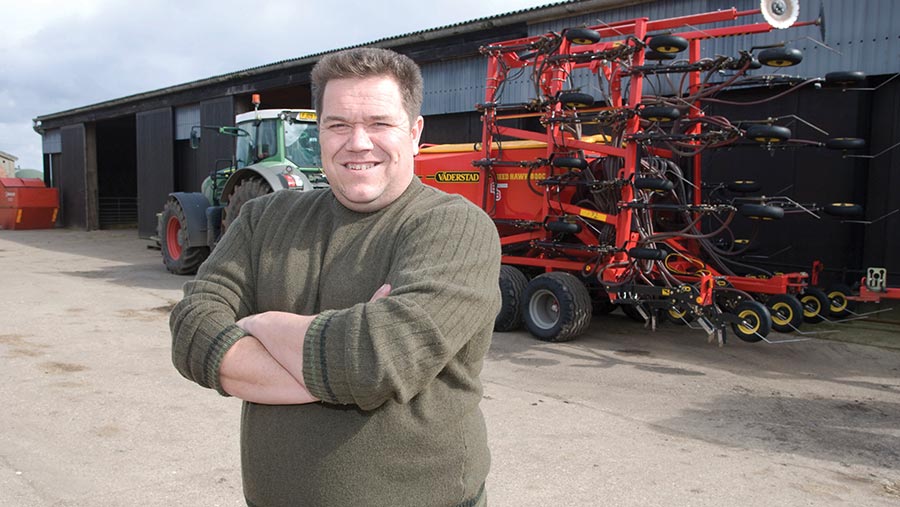 It feels like it hasn’t stopped raining for the past month.

I’ve given up on drilling this side of Christmas, so the final 350 acres of Skyfall wheat will be spring planted, or at least as soon as we can drill it. Overall, the farm looks okay.

Hybrid winter barley has yellowed a little where drainage is slow, but aggressive tillering has helped with blackgrass competition. Even a few known dirty fields are clean at present – but there’s time yet.

The bulk of the wheat looks all right and with minimum blackgrass levels, with some receiving manganese spray.

Mild weather has held aphid numbers up so I’m keen to protect early-drilled wheats, with some receiving a barley yellow dwarf virus insecticide.

September-drilled winter beans look fantastic. In hindsight, drilling them into a bone-dry seed-bed has worked well for us.

By the time moisture reached the seed and the beans emerged, it was late October and other than very low levels of chocolate spot infection the crop is weed and disease free.

Self-propelled sprayers have been a feature here at Belvoir since the mid 1970s and over the years have served us well.

However, all is about to change – our five-year-old Challenger Rogator has just been traded in for two trailed Fendt Rogator sprayers.

The trailed spray pack is identical to the self-propelled that we really like, so effectively we’ve doubled our output for two-thirds of the capital cost.

The plan is to pull them with our two existing Fendt general purpose tractors – hopefully taking their annual use to just under 1,000 hours each, making full use of Fendt’s eight-year, 8,000-hour warranty.

Exciting news, at the time of writing, Barley super dog has just gone into labour.

It’s like being a new parent all over again. At least there aren’t any nappies this time.