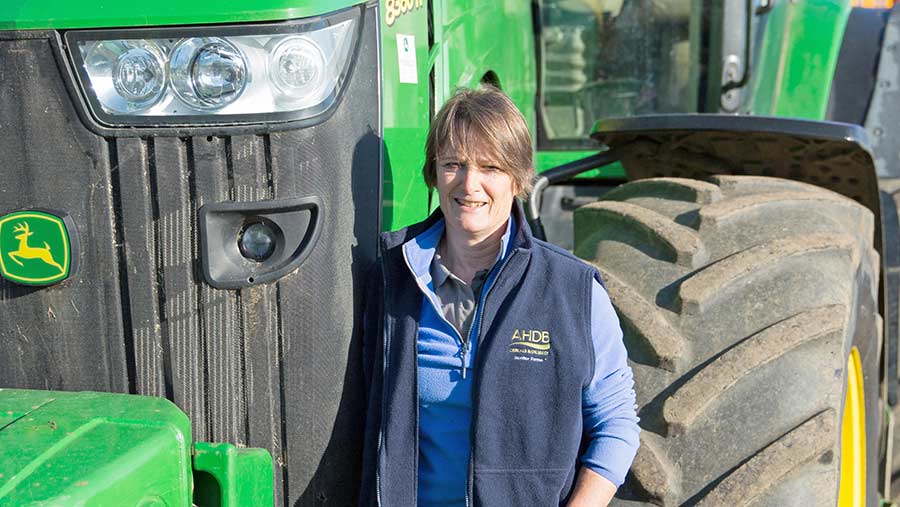 We had land drains running in fields in mid-May, and now we have wheat dying off on lighter bits of the same fields after a month of no rain and high temperatures.

Time will tell how this drought will play out, but we are hoping the crops nearer to harvest, such as our high oleic, low linolenic (Holl) oilseed rape which Hew has just desiccated, and also the winter rye, will have reached a stage where they are not too badly affected.

Things may not be quite so rosy for the spring oats and spring barley.

June has been a month for listening to a good podcast to while away the hours spent hand roguing grassweeds.

We have sprayed out some areas with glyphosate where the blackgrass or ryegrass was just too much to live with and have rogued the rest.

Obviously, it looks horrible to have a patchwork of fields with sprayed off areas, and it does nothing to improve the yield average, but it is better than burying our heads in the sand.

A new approach to grassweed control for us is having a grass ley with sheep on it. We have had to mow the blackgrass in it before it started heading, and I can report that, sadly, sheep don’t particularly like to eat blackgrass.

The Exlana ewes and lambs which we have here courtesy of a young Essex farmer are doing well. They are placid and content, seem to be fattening nicely, and best of all they don’t escape.

The clip-on stock fence on galvanised metal stakes is definitely a better option than electric fencing. I can see rotational grass having a place on this farm, and a low-maintenance breed and successful fencing system are key to its success.

A recent long weekend cycling round the Isle of Wight with fellow former students from Writtle College was the perfect pre-harvest break. Plenty of biking, banter, beer and (somebody else’s) blackgrass.