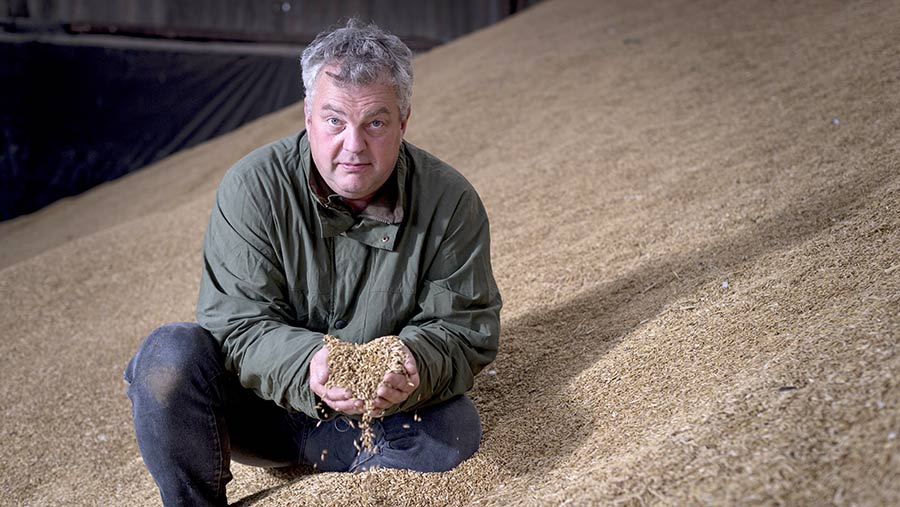 All our cereals have been harvested and are safely in the store, with just the beans left to cut.

Back in the heat of late May and early June, we were seriously wondering where yields would end up. Now I think 2019 will probably go down as a near-perfect growing season in North Yorkshire.

Both barley and oilseed rape were exceptional — and wheat was better than we dared hope. The respective standout varieties were Libra (six-row barley), DK Exclaim (OSR) and Graham (wheat).

Keeping crops healthy and greener for longer seems to have definitely paid dividends. The problem is, of course, that everyone else’s crops appear to have performed just as well, with the resultant price and movement pressures.

As the nights draw in at this time of year, I really appreciate good lights on farm machinery. Whether it’s a tractor or a telehandler, strong lights make life easier and safer.

Out on the highway they may be a bit dazzly in your rear-view mirror, but in the field they almost turn night into day. What I can’t fathom is why the extra LED packages cost so much.

Interestingly enough, as I understand it, although red and green LEDs have been around for years, it was only the invention of blue LED that eventually made white lights possible.

BBC Radio 4’s Test Match Special has always made for great listening in the tractor — although long-wave reception is often poor around electricity poles and other interfering objects. Maybe I should move up to modern technology — but DAB can also prove a bit hit and miss around the hills.

Even so, the unbelievable finish of the Headingly test was the real heart-stopper of this Ashes series. As the autumn of sport continues with the Rugby World Cup in Japan, let’s hope all four home nations give us something to cheer. And that I can hear it clearly in the tractor cab!