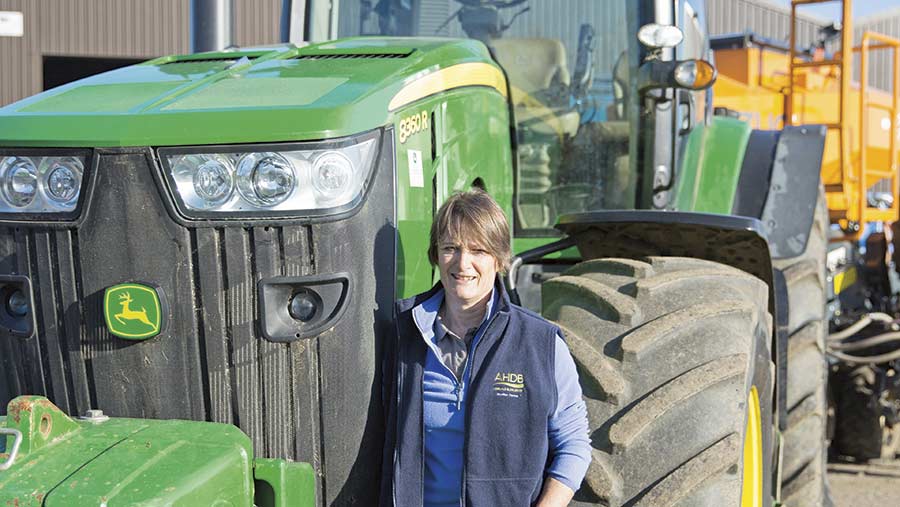 In the words of the lager advert, if Carlsberg did autumn drilling conditions…Wheats have gone in remarkably well here, with the dry conditions really suiting our Mzuri drill.

The soft rains that fell soon after hopefully gave the pre-emergence herbicides just the right amount of moisture.

We didn’t start drilling until 8 October, and I must admit Hew showed a great deal more patience than me.

Chatting to an agronomist about this, he said he had spotted a generational divide this year. He found the older generation were keen to get drilled up, recalling the years when the weather closed in and prevented later drilling.

Their daughters and sons, on the other hand, questioned the sanity of drilling wheat before mid- October, knowing that the blackgrass will emerge and probably necessitate spraying the crop off. They have a point.

We had another exceptional turnout for our first winter monitor farm meeting. More than 80 people packed in to our local hall to discuss labour and machinery.

As always, we had some lively discussion about these fundamental issues because there is certainly more than one way to skin a cat.

Here at Parklands, a labour and machinery review revealed we are doing pretty well on labour costs because Hew and I cope with just a bit of part-time help.

Our machinery depreciation is another matter though. We could and should operate with fewer tractors and keep machines longer.

Again, the younger voices were the more ruthless in the room, with one south Essex farmer in his 30s suggesting his drill will probably last him his lifetime.

Hew has made me very worried that my nice Househam self-propelled sprayer cannot be justified and he rightly says that when it comes to being changed a trailed sprayer will fit the bill.

I can’t argue with this, but some of my best days are spent viewing the farm from the driving seat of that sprayer and I can’t say I am looking forward to the switching of tractors from implement to sprayer.

Fortunately, both sprayer and operator have many useful years left. Probably.