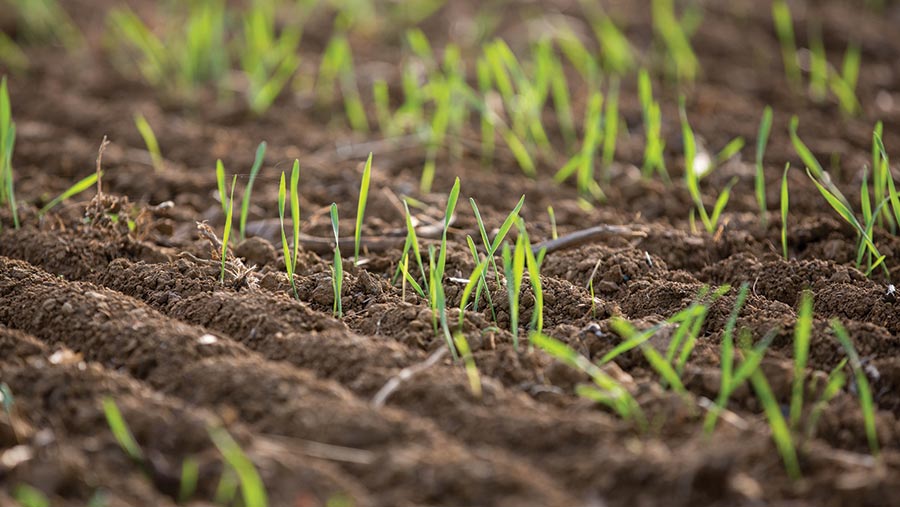 Later drilling dates are being successfully used to achieve high yields and good blackgrass control on many UK farms, with crop management being altered to take account of the risk to establishment.

As there is a link between drilling delays and poor establishment, experts stress the importance of minimising any risk by choosing the right variety and seed rate, as well as having a suitable seed bed and an appropriate agronomy programme.

Regardless of when drilling takes place, a proportion of viable seeds always fails to emerge due to pests, diseases and poor soil conditions.

This increases as sowing gets later; it is well known that establishment declines if it is delayed after mid-October, and for seeds sown in mid-November it will be around 50%.

Agronomists are agreed: soil conditions are critical and far more important than the calendar date when it comes to drilling, especially on heavier ground.

Good seed-to-soil contact is required and seed should be drilled to a depth of 4cm, both to minimise slug damage and to reduce any adverse effects from pre-emergence herbicides.

Sowing too deep or too shallow can delay or reduce establishment, as can a cloddy seed bed. Soil type also has an effect – average establishment on sandy soils is 90%, but on loams and clays it is 65%.

Otherwise, soils must be able to hold water and allow the creation of a fine seed bed. Good consolidation after drilling is important too, to reduce slug feeding and any early take-all development.

All wheat crops require approximately 150 day degrees C to get from sowing to emergence, regardless of when they were drilled.

In September, this is likely to be around 11 days, by October it is 15 days, and by November this stretches out to nearer 26 days.

As a result, later sown crops are at greater risk from soil pests, diseases and adverse soil conditions, as they take longer to emerge.

However, they can also bring benefits in the fight against grass weeds, disease and lodging – taking the pressure off chemical controls and spray timings. 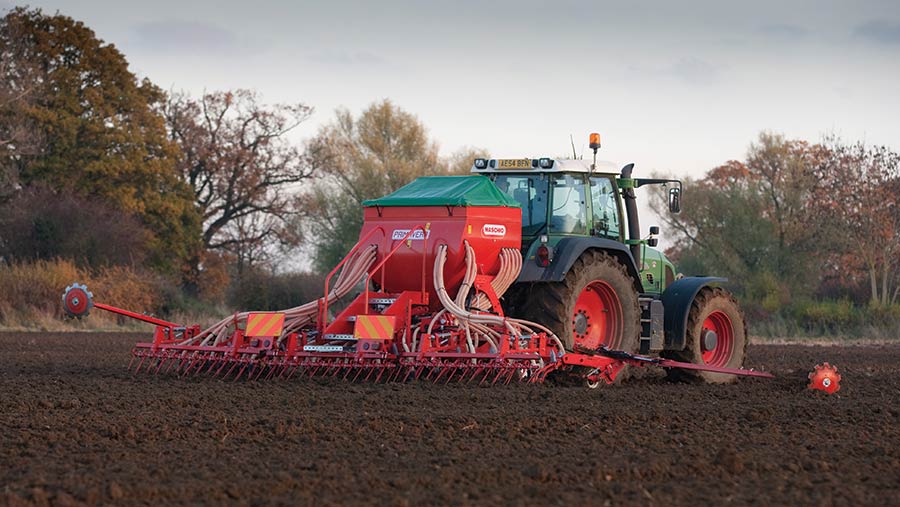 Crops drilled in September and October in good conditions achieve establishment rates of 60-80% – but by mid-November this has often fallen to 50%, dropping at a rate of 5% a fortnight from early October onwards.

Raising seed rates can help. By mid-October, they should have gone up to a minimum of 350 seeds/sq m, with rates of 400-450 seeds/sq m being used at the later November dates.

“You need 320 plants in the spring with later drilled crops, compared with 260-280 plants with earlier drillings.”

Delayed sowing reduces the tillering period and for each month the operation is delayed, an extra 50 plants/sq m are needed to compensate for reduced tillering.

This will help to achieve the 400 fertile shoots/sq m (400 ears/sq m) that are required for maximum yields.

As a result, seed rate calculations should be carried out to achieve a target plant population in the spring, adjusting for expected establishment after overwinter losses:

Plant population can be counted when the crop is fully established, using a 0.5m x 0.5m quadrat placed diagonally in 10 representative areas of the field.

Count the plants in the quadrat, then take the average of all the counts and multiply that figure by four to get the sq m figure.

For overwinter survival, count again after the winter but before its starts to warm significantly and growth starts.

According to the AHBD Wheat Growth Guide, the benchmark to aim for is 260 plants/sq m.

Seed treatments can play an important role with later drilled crops, although neonicotinoids can no longer be used.

The SDHI-based Vibrance Duo (fludioxonil + sedaxane) is also claimed to be suited for late drilling, as it helps with speed of establishment and rooting development.

Phosphite and manganese treatments are other options for root growth, while Latitude (silthiofam) is available for take-all situations. 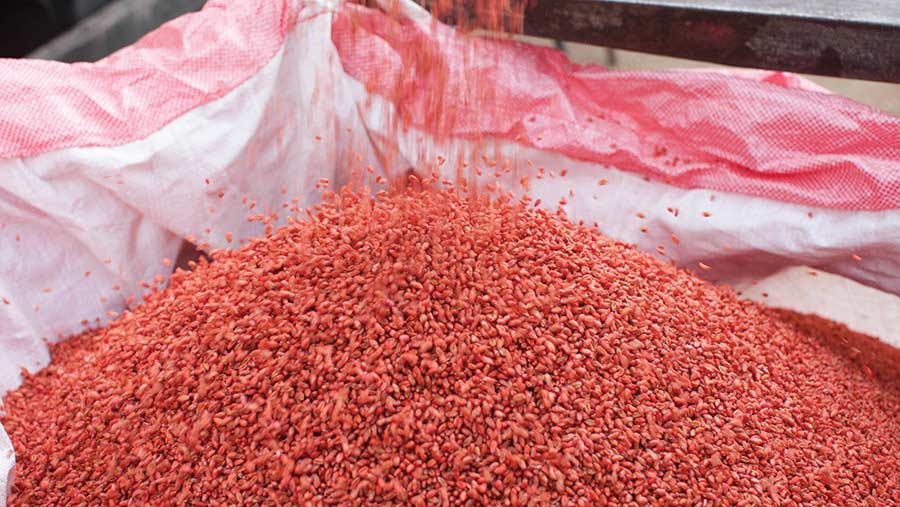 Late drilling can be extremely valuable in the battle against blackgrass, so it is vital to spray off flushes of the weed with glyphosate as close to drilling as possible.

The next stage is to maximise the performance of pre-emergence herbicides.

Late October sowing gives better flufenacet residuality, but it must go on before emergence as spray days become increasingly limited as the season progresses. This is another reason why seed beds are so important.

Slug control, if required, should be carried out before drilling. If faced with a pellet and a wheat seedling, the slug will always choose the latter.

An early dose of nitrogen is often needed for tiller retention – so applying 60-80kg/ha of N in mid-February is often ideal.