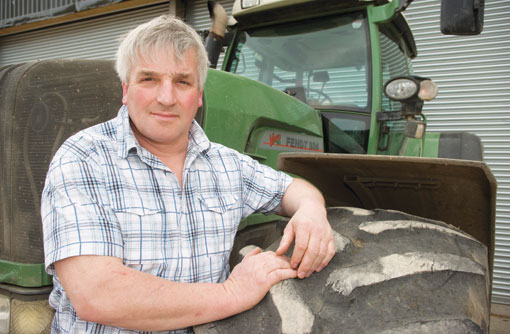 This year I was asked to join the HGCA Recommended List committee for barley, oats, rye and triticale and this week we had a meeting at the Scotch Whiskey Research Institute outside Edinburgh.

The members of the committee consist of stakeholders throughout the supply chain from seed breeders through to growers, end users such as representatives from the malsters, distillers and millers as well as analysts who digest all the data and translate it into a form that lay people such as myself can use it to help form opinions.

I have been very struck by the professionalism of all the members by the volume of work they put in, sifting through all the details and material entered into the system and then to produce the Recommended List at the end of it against a series of deadlines and the vagaries of the climate at the many trial sites through the country.

A trip afterwards on the East Coast Mainline from Edinburgh down to Hertfordshire was very revealing and made me realise that in our area of East Anglia how relatively fortunate we have been with conditions over the last year compared with other parts of the country.

From Edinburgh down to the Borders I saw wall-to-wall spring barley, but once into Co Durham and Yorkshire, large areas of land just lay fallow with many oilseed rape crops abandoned. Once into Cambridgeshire, the land was almost all drilled up with crops looking thicker, as was the blackgrass!

Despite the uncertainty of CAP reform with its “Greening proposals” I have submitted my ELS/HLS renewals in time for the end of the month deadline. Time will tell how much of what we have entered we can use for “Greening”, but with no further funding for these schemes guaranteed until the new schemes are launched for 2016, we have continued with what we have on the ground and transferred it into HLS/ELS.