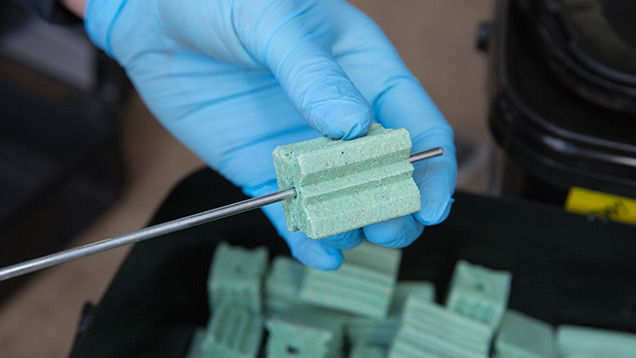 Farmers who are members of a farm assurance scheme will be deemed “qualified” to use rat poison, without undergoing any further training, until at least the end of 2017.

New rules are due to come into force from 1 June 2016 that will require people to hold a certificate of competence in rodent pest control if they wish to buy professional-standard rodenticides.

The move is designed to reduce the risk of poisoning in non-target species – such as barn owls, red kites, buzzards and kestrels.

What are the options for farmers from 1 June 2016?

Farm leaders had feared the change in the law would mean farmers would have to undergo some form of professional training over the next 12 months if they needed to use bait on their farms.

But after lobbying by the farm unions, the HSE has agreed farmers can use their assurance scheme membership as proof of competence until at least the end of 2017.

The farming unions have successfully argued that the numbers of farmers who would have needed to be qualified by the 1 June 2016 deadline was so large – in excess of 90,000 across the UK – that there was a real risk that essential rodent control would be under threat.

The HSE has accepted this argument and agreed that, until 31 December 2017, membership of any farm assurance scheme that has a requirement for an audited programme of rodent pest management will be sufficient for a farmer to continue to be able to buy and use professional rodenticide bait.

NFU vice-president Guy Smith said: “Farmers take their responsibilities with the use of rodent control products very seriously, but the NFU is acutely aware that compulsory and time-consuming training can be impractical to fit in alongside the everyday running of the farm.

“It is essential for many farmers to have access to these products for farm biosecurity and for this reason we have lobbied hard on behalf of our members to secure the necessary additional time and flexibility to reduce this burden.

“Even with this extra time and flexibility it is still important that farmers take practical steps to consider the options that are now available to them to avoid a last-minute rush in December 2017.

NFU Scotland’s deputy director of policy, Andrew Bauer, said: “The HSE has laid down a very clear challenge to farming to reduce the amount of non-target species being exposed to rodenticides. This is a challenge NFU Scotland is confident farmers will rise to meet.

“Farm-assured status in Scotland means an annual inspection to a defined standard. We believe offering this route until at least 2018 means the industry will have time to raise its game without jeopardising the high standards of our produce and welfare of our farmers.”