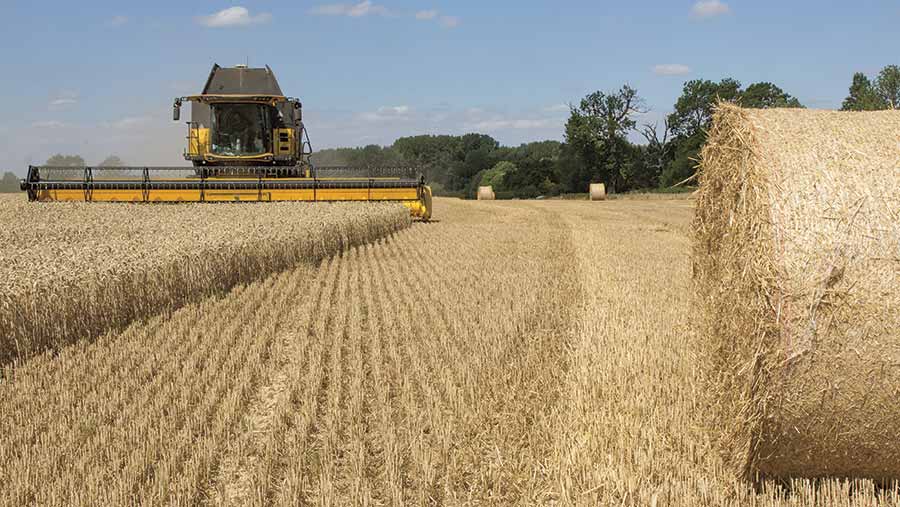 Yields and quality have proved to be better than anticipated for the farmers, considering the very dry spring and prolonged harvest, along with the disease threats.

While responses to fungicides weren’t as big as they can be, all the treatments did what was expected of them and kept crops on track.

See also: Half of winter cereal area is infested with blackgrass

This year’s new SDHI fungicide introductions also made their mark, bringing in much-needed flexibility and adding to the options that our farmers and their agronomists had at their disposal. 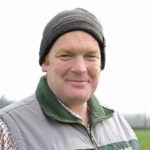 Herefordshire farm manager Mark Wood hit his own target to spend a  maximum of £100/ha on wheat fungicides this season.

In a season that saw deceptively high disease levels, Mr Wood took the decision not to use an SDHI fungicide at the T1 timing on all but one of the four wheat varieties he had in the ground.

This saving translated into a total fungicide spend of £95/ha on the Costello, while the highest spend was on Revelation, which came in at £105/ha.

“The aim at T1 was to target more, so not to just use a blanket SDHI because it’s fashionable but instead looking at whether the chlorothalonil at T0 held disease back enough to allow a more tailored approach at T1,” says Mr Wood.

With septoria confined to the lower leaves and mildew being taken care of by the dry conditions, Bayer’s new twin-SDHI product Ascra was used across the board as the T2 flag leaf spray.

Mr Wood listened to independent advice from Adas, which suggested that this product, compared with Syngenta’s new Elatus Era SDHI fungicide, had better activity on septoria – the number-one threat in the wetter West.

To see any difference in performance for himself, Mr Wood conducted his own farm trial by splitting a very even field of Costello, which received exactly the same fungicide programme throughout the season.

The only difference came at T2, where half was sprayed with Ascra and the other half with Elatus Era.

The half treated with the Bayer product yielded 12.4t/ha, whereas the Elatus Era-treated area yielded 0.6t/ha less.

“The Ascra-treated area was a lot more consistent as well, it was like hitting a wall with the combine,” notes Mr Wood.

Yield mapping from the combine backs this up, showing a clear distinction between the two areas, with the half treated with Elatus displaying a wider range of colours to represent the bigger variation in on-the-spot yield.

Overall wheat yields were good, averaging around the 10t/ha mark, with specific weights ranging from 72-74kg/hl on the Revelation and Evolution, while Costello punched into the 80s. 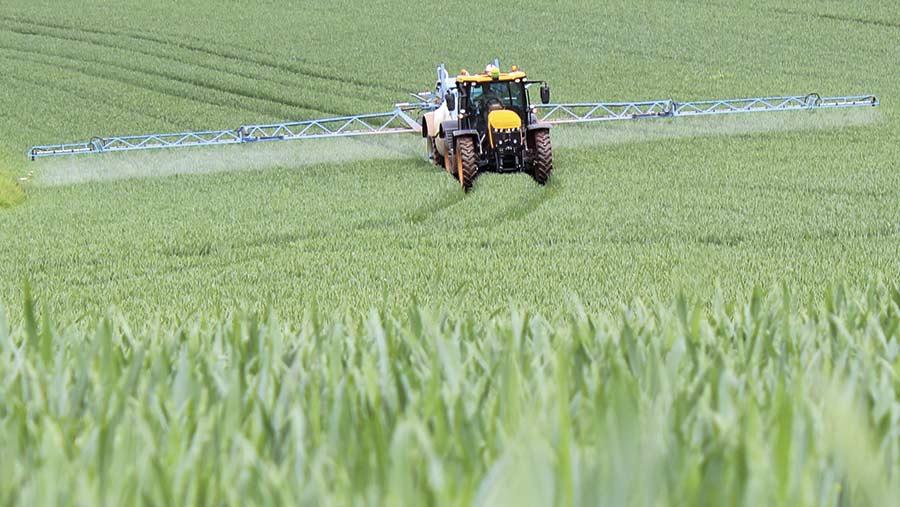 “The gap between T2 and T3 was shorter than in other years and if we had waited [longer before applying a T3 spray] then we would have seen a lot more fusarium and shrivelled grains as a result,” explains Mr Goodinson.

Despite the weather doing its best to catch the sprayer off guard at times, all fungicides were applied on time.

That’s why he has dropped the ageing variety Diego along with fellow hard group 4 wheat Evolution, making way for Graham and Sundance to join Costello and Revelation in the farm’s 2017-18 line-up.

First to be drilled was Graham in mid-September, which Mr Wood says he will still treat as a relatively dirty variety because of its early drilling slot, although it has a good disease-resistance package.

The aim will be to get the entire wheat area drilled by mid-October, weather permitting.

“One thing I’ve learned from doing this is to not be afraid to challenge yourself. There’s room for discussion between farmer and agronomist,” says Mr Wood. 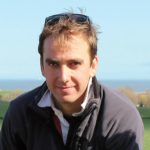 Despite the difficult, late harvest that he experienced, Kent grower Antony Redsell is very pleased with how his 2017 wheat crop performed.

Both yields and quality held up, with all of his milling wheat making the full specification, even where there was a three-week delay in getting some fields combined and specific weights had started to drop.

“Across the board and looking at both first and second wheats, we have achieved yields of 10t/ha plus,” reports Mr Redsell.

“After the season that we had, with a prolonged dry spell, I’m very happy with that.”

His top performer was the Group 1 variety Trinity, which achieved more than 12t/ha on the better land at Brooke Farm Partnership, Reculver, near Herne Bay.

Even Group 2 stalwart Cordiale did very well where it was grown as a first wheat, achieving yields of more than 10t/ha and a specific weight of 82kg/hl.

“Only the Crusoe was variable, but it was cut last,” he acknowledges. “Due to the summer deluges, some of it was still in the field three weeks after it was fit.”

His independent agronomist, James Rimmer of CCC Agronomy, is also satisfied with wheat performance and points out that most of the crop was drilled later than usual.

“In the end, it was harvest that was the biggest hurdle,” he says.

“The varieties all behaved as expected, and the fungicide programmes held up, too.

“As a result, there were no nasty surprises with disease control, although we kept a close eye on things.”

Fungicide spend came in at below £100/ha for a four spray programme on all varieties, with the exception of Cordiale, which cost slightly more at £105/ha.

“The Cordiale was the only one to have two new generation SDHIs, at T1 and T2,” he explains. “On the others, we based the T1 on boscalid.”

Yellow rust, which had been trying to get a hold, was kept out with the T1 spray and didn’t rear its head again, he recalls.

“And brown rust in Crusoe was stopped by a correctly timed T2 spray.” 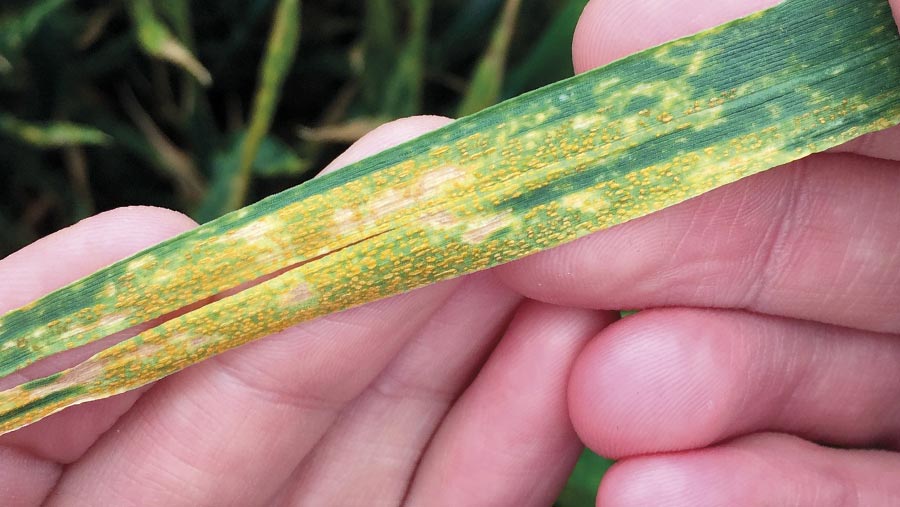 “Where we compared treatments at T2, there was no yield difference. It was very hard to pick them apart.”

Syngenta’s new fungicide Elatus Era worked well, and was up against an Aviator/Comet treatment.

While Mr Rimmer likes to have a strobilurin at T2 in a rusty year, he accepts that using Elatus Era allows him to keep the strobilurin back for T3, if required, adding a bit of flexibility.

Looking ahead, Mr Redsell’s plans for the 2018 crop see Zyatt joining the line-up, at the expense of Crusoe, with Trinity, Skyfall and Cordiale all being grown again. 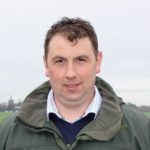 First wheat results were a nice surprise for farm manager John Haynes at MJ & SC Collins in Essex, having feared the worst after some very dry conditions earlier in the year.

His prediction of a 20-25% yield penalty proved to be too pessimistic, with crops on the better land yielding in excess of 12.5t/ha and outperforming the farm’s first wheat average of 11t/ha by some way.

“We had some exceptional milling wheat,” he reports.

“The Trinity came out on top, with a yield of 12.65t/ha, but the Crusoe also performed very well.

“Against the odds they both produced good-quality grain, with the required protein and Hagberg for milling, even though they weren’t harvested in a hurry. The weather meant that it was a stop-start process.”

As expected, second wheat yields were disappointing. “They really let us down, but we weren’t anticipating anything different and had adjusted our expenditure accordingly.”

The fungicide programme performed well against moderate disease pressure from both septoria and rusts, with last-minute changes made to the T3 spray when mildew continued to make its presence felt, especially on the feed variety Gator.

“Otherwise, everything went according to the four-spray plan. A T1.5 spray was only used on a very fertile site, where septoria was getting higher up in the canopy than we were comfortable with.”

Mr Haynes’ independent agronomist, Andrew Blazey of Prime Agriculture, points out that mildew was one of the stories in the area in 2017, as the disease kept bubbling away all season.

“For this reason, we added some Talius to the standard prothioconazole + tebuconazole ear wash spray,” he recalls.

That increased the cost of the final spray by £6-7/ha, but total fungicide expenditure for the season remained within the budget of £100-110/ha, he adds.

The use of Syngenta’s new fungicide, Elatus Era, on 200ha of the wheat at T2 was a success and gave good control of brown rust – one of the main targets on Crusoe.

It was compared to the farm’s standard practice of using Adexar at the flag leaf timing, at a similar cost of £40/ha.

“There wasn’t a massive response to fungicides in 2017,” reports Mr Blazey. “Although they both performed well, there was no significant difference between them that we could determine.

“Given the season and the disease pressure, they paid for themselves in terms of yield response. It was a good opportunity to take a closer look at the new products and find out where they might fit in future years.”

Mr Haynes still has sugar beet and soya to harvest, but is hoping to have drilled some of his new wheat crop by the end of September.

He has made some changes to the variety line-up, with Dickens, Barrel and Basset all coming in.

“We are also hoping to meet the market demand for Group 3 wheats with Barrel and Basset.”

What is Disease Force?

This Farmers Weekly initiative, sponsored by Syngenta, consists of a team of hand-picked experts and farmers who will assess disease risk during the season as well as consider ways of managing septoria, yellow rust and brown rust.

Find out more on our Disease Force webpage.