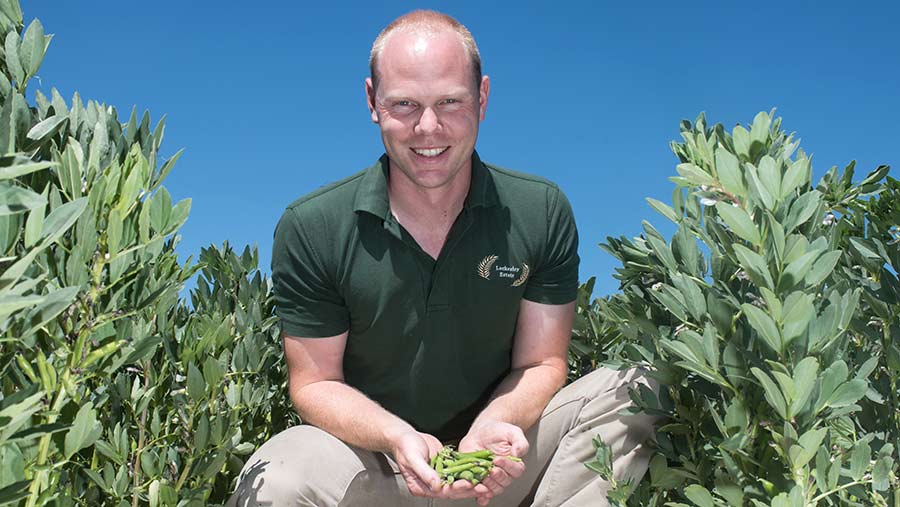 Ex-agronomist Craig Livingstone is the 2018 Farmers Weekly Arable Farmer of the year.

Starting from scratch and building a top arable team is a daunting task, but it is something Craig has relished.

Craig has worked at Lockerley Estate in Hampshire for nearly three years and prior to joining, the arable cropping was largely managed using external contractors and advisers.

The owners then decided to bring it back in house and that is where Craig fits in.

The former agronomist wanted to get back into practical farming and he is now using his expertise to get the most from the highly variable soils in this corner of Hampshire.

See also: Meet the 2018 Arable Farmer of the Year finalists 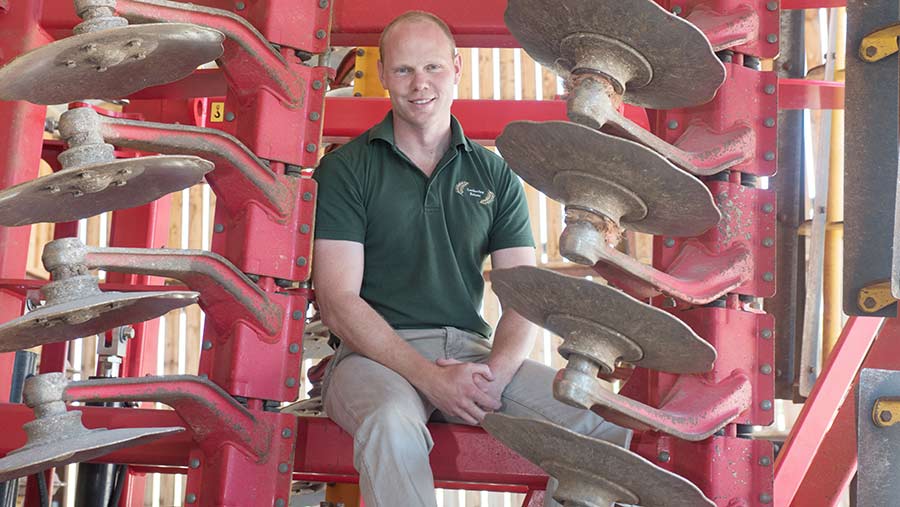 One problem when relying on spraying contractors is that fungicide and herbicide applications are not always timely. So he persuaded the estate to invest in a 30m trailed sprayer and trained two members of staff, which enabled more timely treatments.

In fact, there has been an emphasis on training staff so they have the skills to do multiple roles.

He also inherited a machinery fleet that was tired, with high running and repair costs. Soil health was declining, infrastructure was absent and he needed to build an arable team.

Craig set out to make bold changes. He started by halving the oilseed rape area, as well as adding spring beans, winter barley and winter oats to the rotation.

Another key change was to go shallower with the min-till cultivations, as well as adopting a flexible approach to cultivations.

Craig is nursing soils back to health, adding lime as well as liberal amounts of organic matter. He is a firm believer in cover crops, which also have a role with the move to more spring cropping.

He has adopted precision technology, with P and K fertiliser applied variably, as well as seeding, which has evened up crops.

His bold changes are paying off, with crop yields rising. Wheat is up 1.8t/ha, oilseed rape is now approaching 4t/ha and winter oats is now at 7.8t/ha.

A shallower approach to cultivations has slashed fuel expenditure and has helped Craig reduce the cost of producing wheat to £90/t.

Input costs have fallen too. The greater emphasis on selecting varieties on disease resistance, combined with a wider six-year rotation, has led to a 17% reduction in agrochemical spend.

A new grain store means he has more control over marketing and can wait for better prices if needed. He is adding value by growing malting barley, soft Group 3 wheats and Group 2 milling varieties.

Craig recognises the increasing role of technology in arable farming and is hosting trials of three robots. He is also part of a Rothamsted project that looks at using satellite data to predict yields.

He is a firm believer in telling the public about farming and as a member of Farming and Countryside Education (Face), he goes into his local school to tell children about crops. He has even visited a inner city school in London.

Nearly three years on and the farm is on a more sustainable footing, with a well-motivated team.

An indicator of his success is that two neighbours have approached him to farm their areas.

“With a combination of knowledge, attention to detail and bold decision-making, Craig has injected a new lease of life into a large arable estate, increasing its performance and sustainability.”