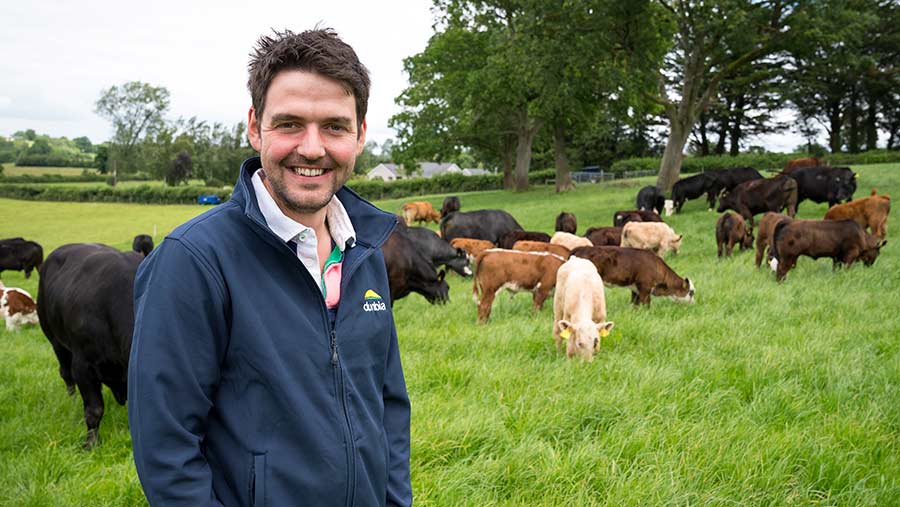 Matthew Brownlee is the Farmers Weekly 2018 Mixed Farmer of the Year.

Many farmers target acquiring more hectares as the quickest route to improved profitability, in order to justify expenditure on the biggest, most-efficient kit and survive in the no-subsidy future to come.

But Matthew Brownlee has shown that this need not be the only solution if you have a head for figures and a fearless attitude to try new things.

Two new enterprises – housed dairy cattle and pig finishing – have been added to the 141ha farm in the past three years without additional land being taken or prior experience of the sector.

It is this adaptability that sent him to the top of the list for judges Robert Neill, last year’s Farmers Weekly Mixed (and Overall) Farmer of the Year, and independent judge Matthew Curry, of Strutt and Parker. 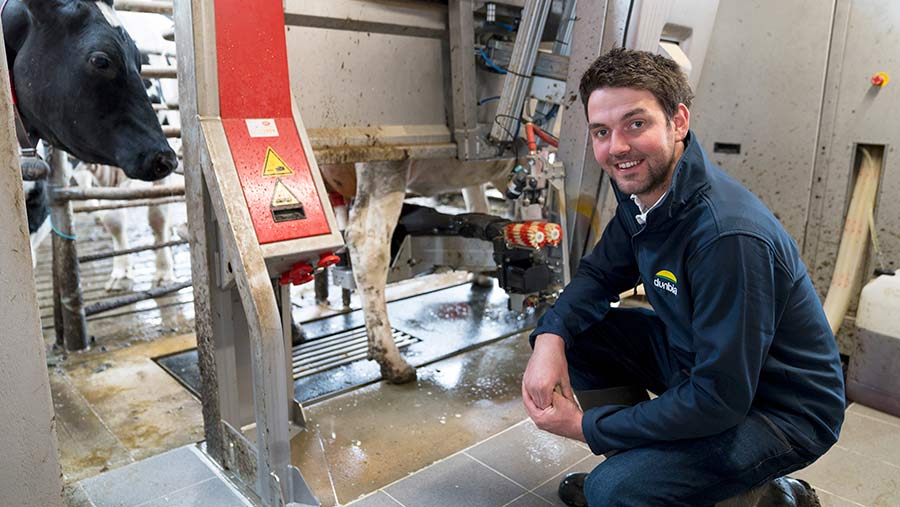 The judges say Matthew’s ambition, his understanding of what the market wants and incredible output per hectare made him an obvious ambassador to drive the industry forward.

The farm, which he works on with his parents, also has the traditional County Armagh apple orchards, a suckler herd and a beef finishing enterprise comprising the home-bred stock and additional purchased cattle.

By having a number of different incomes spread across different sectors, the business is shielded from price falls in any individual commodity, and income is also earned in a variety of ways.

The pig-finishing enterprise, which is run under a contract from Northern Irish pig production company JMW Farms, pays for each kilo of weight added between the animals arriving and leaving the farm, with Matthew providing the shed, water, electricity and labour.

This shields him from fluctuations in both input costs, such as feed, and the price of pork, and he describes it as the closest thing you can get to financial security in farming.

Signing up to contracts that agree to terms such as these over a number of years have also given banks the certainty required to access additional finance for further expansion, with a second pig shed opening for business earlier this year, just three years after the first one.

The maximum value has also been extracted from the beef enterprise with a low-risk sales strategy of hitting the market on a weekly basis and changing sire to Hereford to take advantage of a premium via the Co-op’s “Truly Irresistible” range.

With the additional enterprises has come additional workload and Matthew also drew praise from the judges for clearly identifying what his strengths were and focusing on them.

Limited experience with the dairy sector was part of the reason for opting for a robotic milker, which has allowed more time for animal husbandry and early alerts on health issues such as mastitis before clinical signs are present.

The AI work is contracted out, as are the majority of the farm’s tractor jobs, which has both limited expenditure on depreciating assets and freed up more time to work with the livestock, as well as monitor vital grass growth.

Much remains to be seen about the effect Brexit will have, but one thing is clear – businesses that sweat their assets as hard as Matthew Brownlee’s will be among the most resilient, whatever the outcome.

“Matthew’s ambition, his understanding of what the market wants and incredible output per hectare made him an obvious ambassador to drive the industry forward.”