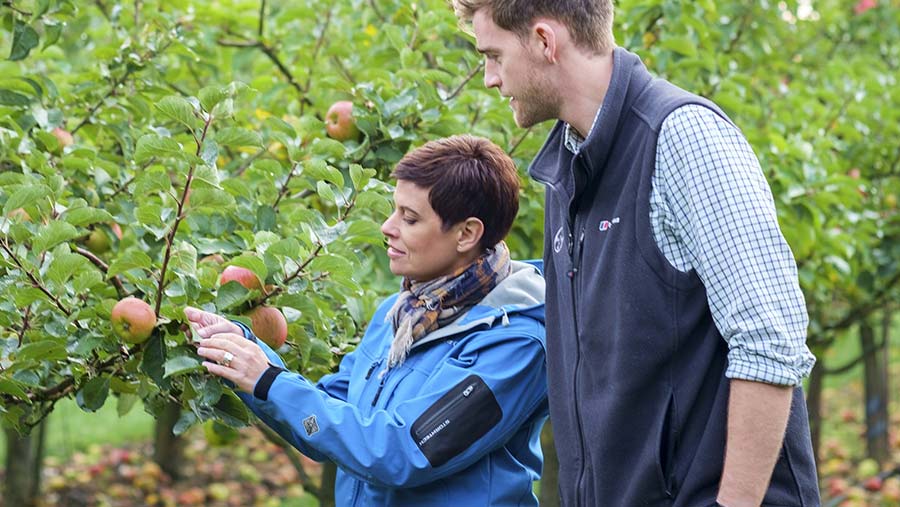 Louise Hemingway is at the top of her game, as head of development and regulatory affairs at Bayer.

She knows what she wants to see in new entrants to the farming industry – drive and determination.

These are two traits that she has in spades, having successfully climbed the career ladder to become both head of development and a board member at Bayer in the UK.

See also: Ways to make yourself more employable in agriculture

Route into the job

Louise grew up on an arable farm in Hertfordshire and always wanted a career in the farming.

She studied agriculture at Writtle College in the mid-1990s and chose to specialise in crop protection.

Her first job was as a trials officer, and she worked through the ranks taking on more management responsibility each time she was promoted.

In 2011 she was asked to take on the management of the whole fields trials group and in early 2015 she moved to her role as head of development.

She now manages a team of 35 people, dealing with product development and any regulatory issues.

Qualities needed for the job

Louise believes one of the secrets to her career development has been her willingness to take opportunities as they have arisen and to make those opportunities happen.

She secured a placement in Australia for three months to gain international experience. It also gave her the confidence to put herself forward for her current role.

“There’s a preconception that agriculture is about driving tractors and working on a farm. But there are so many other opportunities out there too.”

While agriculture is traditionally seen as a male-dominated environment, Louise says that gender has never held her back.

Although she regularly sits in meetings where she is one of only a handful of women, she says she’s never felt uncomfortable and people are appreciated for their knowledge and experience.

Louise believes a lack of experienced people coming forward for jobs means companies will be increasingly looking to recruit people who haven’t got the traditional farming background.

In recent years the company has taken on people with a range of backgrounds, such as geography and botany.

What it is looking for is enthusiasm and the initiative to challenge how things are done and the processes already in place.

Entrants also need the ability to build a rapport on a personal level as agriculture is a relationship-based industry.

How many people does the company employ?

What are the key recruitment areas?

The company recruits across the spectrum – from sales and marketing, to product development, including field trials, and regulatory affairs. There are roles within logistics management, finance and other vital support functions.

No. Many successful applicants have a degree, but it recruits people with farming qualifications and those with no prior agricultural knowledge.

The commercial training programme has been running for five years. Trainees undertake a two-year programme that includes placements across the business functions, including an overseas secondment and experience with a customer. It takes one to two people each year.

Where can people find out more details of the scheme?

For more information go to www.bayercropscience.co.uk/about-us/commercial-training-programme.