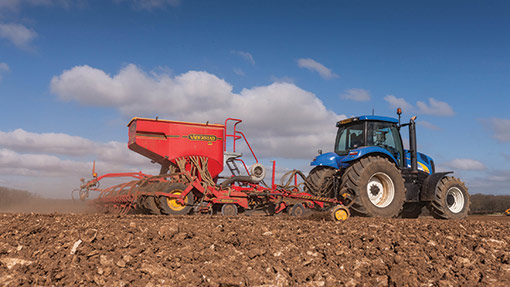 Farmers are preparing to sacrifice support payments rather than abide by CAP reform rules requiring them to implement environmental measures on their land.


Other farmers could try to swap fields with neighbours in a bid to comply with requirements that they must grow at least three crops in return for 30% of their annual direct payment when CAP reform is introduced from January 2015 (see below).


Devised by Brussels, the so-called “three-crop rule” aims to ensure that farming practices benefit the environment. But many producers believe it will force unnecessary and onerous changes in farming practice while delivering little environmental benefit.


DEFRA is expected to publish details of the new rule in the coming weeks. But it is likely to cause particular problems for growers on simple two-crop rotations, such as wheat and oilseed rape, and block croppers under contract farming agreements.


Leicestershire farmer Phil Jarvis, who chairs the NFU East Midlands combinable crops board, said it was clear the three-crop rule would make agriculture less competitive and less efficient. “Some farmers believe it will wreck their businesses,” he told Farmers Weekly.


Mr Jarvis is also head of farming at the Game and Wildlife Conservation Trust’s Allerton Project, which demonstrates ways commercial agriculture can work alongside the environment. “The biggest issue with the three-crop rule is that it has been poorly thought through,” he said.


Farmers who consider themselves livestock producers will be affected if they grow a single arable crop, such as maize or barley.


Powys farmer Maurice Jones said: “It will be far more expensive for us because we will have to grow different crops that we don’t have the machinery for.”


Emily Evans, business researcher at farm business consultant Andersons, said: “The changes are big and daunting and there is not a lot of detail. We have had a couple of discussions with farmers. Some may opt out, but I don’t think many will. It may be more hassle than making a couple of minor changes.”


Richard Means, farming partner at Strutt & Parker, said some more productive farmers were considering renting in less productive land so they could comply with the rule without impeding output. But paper-based land swaps might be more complicated, he added.


For farmers planning next year’s cropping, the situation is pressing. Mr Jarvis said: “If this is going to come in for next harvest, we need details sooner, not later. The last thing we want is crops in the ground and then the rules changing.”


A DEFRA spokeswoman said: “We want to ensure the CAP is easy for farmers to implement and rewards them for the important environmental work they do.


“We’re working with farming and environmental groups to finalise greening plans and will provide more information on the three-crop rule in the next few weeks.”