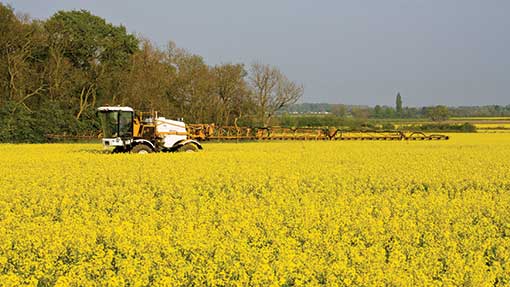 Initial findings from a Finnish study on the use of neonicotinoid pesticides on field crops suggest they may not cause acute harm to bees.

The Neomehi Project in Finland is studying how neonicotinoid-based insecticides used in the cultivation of spring oilseed rape and spring turnip rape plants affects honeybees.

Based on the first set of test results, researchers said they suggested neonicotinoids do not cause immediate harm to honeybees.

For the study, beehives were positioned in five different locations, each in close proximity to an oilseed field.

Initially, no connection was found between seed treatment and colony collapse disorder, while the measured amount of chemical residues was fairly small and beneath the risk limit.

The research project will continue with new field tests next summer. At present, hibernation within the hives is being monitored. The project will conclude with a final report in early 2015.

The project is also charting possible links between the proximity of the hives to rapeseed fields and death of beehives, and occurrence of bee diseases. These will incorporate the findings of a concurring bee health monitoring programme, which is coordinated by the EU and supervised in Finland by Evira.

The background of the research project is the EU-wide ban on three neonicotinoids issued by the European Commission last April. In two years, the commission will review the ban in the light of possible new research data.

Neonicotinoids are used to treat the seeds of oilseed plants in order to protect these oilseed crops against pests during the sprouting phase. Furthermore, they are sprayed on to the plants before flowering to combat Meligethes aeneus, a common species of pollen beetle.

Neonicotinoids were introduced in Finland in the early 2000s. Given the current lack of alternative seed treatment substances, farmers believe the ban on neonicotinoids may compromise the safety of oilseed crop cultivation and significantly reduce their willingness to cultivate it.

Scientists have called for more field-scale research looking into the effects of neonicotinoids on bee health , such as this Finnish study, following the publication of a number of “unrealistic” lab studies that exposed bees to elevated levels of these chemicals and then linked them to poor bee health.