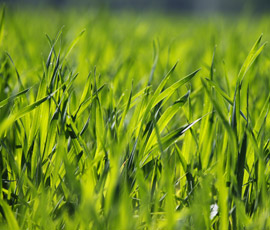 A food crisis may be necessary to make EU consumers understand the value of genetically modified food, a senior US government aide has warned.

Jack Bobo, senior adviser on biotech to Hillary Clinton, said the EU moratorium on GM crops has been a disaster for trade and he urged countries to make decisions on the technology based on science and not politics.

When asked what it would take for European countries such as France to change their hardline stance on GMs, he said: “My fear is that it will take a crisis. It will only occur when everybody sees and feels the pain of not having biotechnology and then they require it.

“That to me is the worst possible outcome – it’s also the most likely outcome.”

Speaking at a Chartered Institute of Marketing (CIM) Food, Drink and Agriculture meeting in London on Thursday (28 February), Mr Bobo called on EU governments to follow the leadership of DEFRA secretary Owen Paterson and speak up about the benefits of GMs.

In his lecture – Can agriculture save the planet before it destroys it? – Mr Bobo said farmers needed to produce 60% more food by 2050, using less land, water, fertiliser and fewer pesticides, to feed a projected global population of nine billion people.

“That’s like adding 75 million people a year to the world, which is equivalent to the population of Germany,” he said.

The amount of food we need to produce in the next 40 years was equivalent to the same amount produced in the past 10,000 years, he added.

Mr Bobo said GM technology by itself would not solve climate change or food security. To do this, we will need to use a range of the best technologies, including GM, conventional, organic and min-til.

But he argued that organic agriculture, although an important part of the industry, was unsustainable. “If the USA were to go entirely organic, we would have about 66% of what we produce today.”

Europe has an increasing demand to produce more food, yet its opposition to GMs was holding it back and benefiting other countries that use the technology, such as Brazil.

“European choices are driving Brazilian choices. Over the next 10 years, Europe is expected to increase its production by less than 4%, just ahead of sub-Saharan Africa,” said Mr Bobo.

“Brazil – the number one exporter of food to Europe – is going to grow by 40%. It is going to fill the gap that reflects the choices made here in Europe.”

European consumers should be made aware of the consequences of these choices, he added.

However EU consumers were already benefitting greatly from GM crops, which he said were critical to the livestock industry and already a “part of Europe”. GM organisms were also widely used in wine, cheese and beer consumed in the EU.

If Europe lost access to the global animal feed market, it would lose one-third of its livestock industry overnight, according to research by the European Commission.

“Really, the only person that is not benefitting is the European farmer. They have to compete, but don’t get to use the same technology.”

Since GMs were introduced commercially in 1996, fewer pesticides – about 500m kg less of active ingredients have been used worldwide, he said.

In the USA, other benefits of GMs have included increased yields, a reduction in greenhouse gases, increased biodiversity, less soil erosion from run-off, less water use from drought-resistant crops and crops engineered with better root systems that are able to take up water more effectively, he added.

Wheat yields were plateauing because of a lack of investment into research. But US farmers were “begging” companies to produce hybrid wheat or genetically engineered wheat because they “want to be more competitive”.

“They don’t want to lose the ability to produce wheat. It is being out-competed by maize and soya and wheat production is getting smaller,” he said.

He conceded that biotechnology was a little riskier than some techniques, but scientists “understand the risks, are able to examine them and determine which products are safe”.