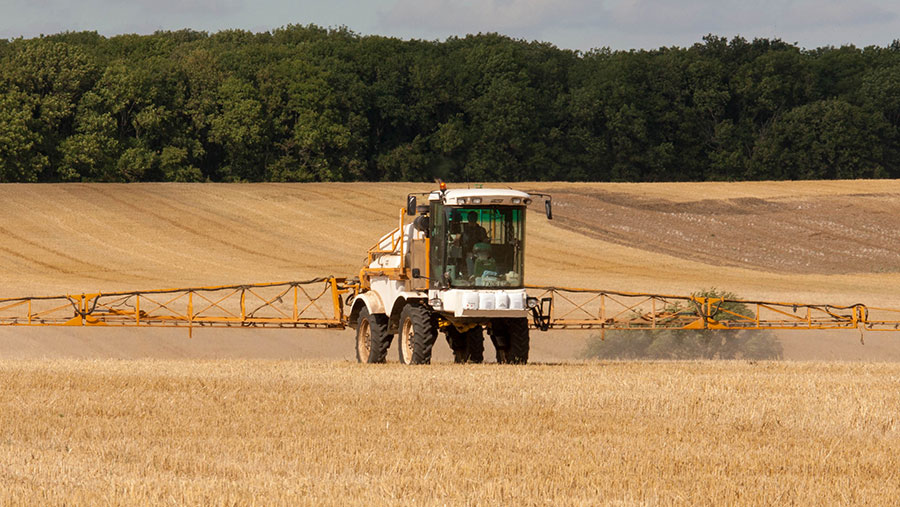 France plans to phase out the use of the weedkiller glyphosate by 2022, its government has announced.

Christophe Castaner, a French government spokesman, said on Monday (25 September) that the herbicide would be banned for all uses in France over concerns it may cause cancer.

However, he later rowed back on these comments, saying that the government “is committed to seeing significant progress on all pesticides” by the end of President Emmanuel Macron’s five-year term.

See also: Grower to farm without glyphosate in three-year trial

France’s environment minister Nicholas Hulot has already indicated that the country plans to vote against a proposal to renew the licence for glyphosate for 10 years in an EU vote to be held later this year.

The country’s stance over the weedkiller has angered its farmers, who warn that a glyphosate ban would “kill conservation agriculture”, increase the weed burden, ramp up costs and dent crop yields, resulting in higher food prices.

It said: “The FNSEA has reminded the French agriculture ministry that, as things stand, there are no irrefutable scientific reasons that would justify a ban [on glyphosate].

“It’s out of the question that if Europe says ‘Yes’ to the authorisation of glyphosate, France takes a unilateral position aiming to say ‘No’.

The FNSEA added that French farmers needed “efficient and pragmatic” solutions to care for their crops, adding that “zero-till” farming would not exist without glyphosate.

The union hit out after 250 farmers blocked the Champs-Élysées in protest over its country’s stance.

Glyphosate, the active ingredient in Monsanto’s Roundup herbicide, was classified as “probably carcinogenic to humans” in a report by the UN’s International Agency for Research on Cancer in 2015.

However, assessments by the European Chemicals Agency and the European Food Safety Authority have concluded that glyphosate is safe.

Meanwhile, the result of the German elections has cast further doubt over how the country will vote on the re-authorisation of glyphosate.

Angela Merkel, leader of the centre-right Christian Democratic Union, won a record fourth term as Chancellor, albeit with a reduced majority.