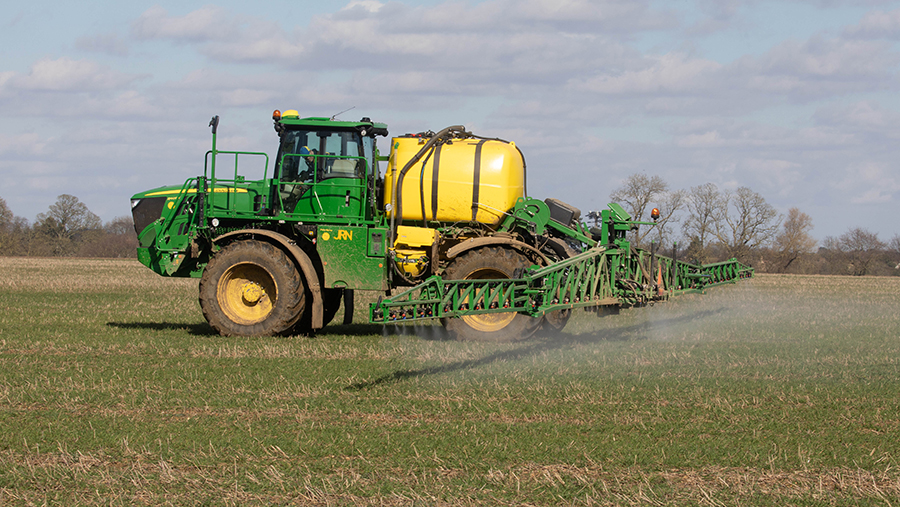 France’s agriculture minister has declared glyphosate is an essential tool of the agroecological transition, raising hopes of a change in policy stance in the country.

Speaking on a French news television channel, Didier Guillaume said cover cropping is a recognised practice in the agroecological transition and to do this, there is a need for the weedkiller glyphosate.

“I believe it’s one litre of glyphosate per hectare,” said Mr Guillaume. “If there is no glyphosate, soil conservation agriculture can’t be done.”

“Until we can find an alternative in the months ahead, my position on glyphosate is clear: we are going to continue soil conservation agriculture with glyphosate.”

The French agriculture ministry has called on national agencies for food and the environment to investigate and identify viable alternatives to glyphosate, which has been a long-term goal.

“We have gone into overdrive. We have asked the French Agency for Food, Environmental and Occupational Health & Safety (ANSES) and the National Institute of Agronomic Research (INRA) in the following weeks to give us the dates, objectives and direction.

“Today, it’s not about replacing one chemical with another. For example, if there are solutions to replacing the use of glyphosate in vineyards, what can we do?

“But then, there are sectors where there are currently no alternatives, such as conservation agriculture.”

Mr Guillaume described the use of glyphosate in soil conservation agriculture as a “virtuous agroecological practice”.

“We know now that if we want to protect the soils, keep carbon in the soils and fight against global warming, we need to work with cover crops,” he said.

“We must stop having these big empty fields. We must capture nitrogen and carbon and therefore use cover crops.”

French growers have welcomed the minister’s comments, which come just months after the government announced a plan to ban almost half of the nation’s 69 glyphosate-containing products by the end of 2020 “due to a lack or absence of scientific data ruling out any carcinogenic risk”.

Frédéric Thomas, one of the leading conservation agriculture farmers in France, said: “It’s a standpoint that we welcome. It’s clear. It’s politically quite strong.

Mr Thomas thanked conservation tillage farmers and everyone in the industry over the past three years who had worked towards this “success”.

“It’s very strong recognition for conservation agriculture, which was a bit of an overlooked form of agriculture,” he said. “On the other hand, we must recognise this is only a first step. We have an important job to do to continue the momentum and ensure our fields and farms are a true reflection of our discourse.”

Mr Thomas urged farmers to avoid getting involved in partisan debates on glyphosate and instead welcome politicians, journalists, industry leaders and people onto farms to see for themselves the presence of bees and biodiversity in cover crops.

“If we have healthy soils, the foods that are coming out of these fields, wheat, maize, etc, will be of better quality. The relationship between the quality of fields and the quality of the food on our plates is an emerging topic where we also have a lot to bring to the table.”

The debate over the safety of glyphosate has been raging since 2015 when the World Health Organisation’s International Agency for Research on Cancer (IARC) concluded that it is a “probable carcinogen to humans”.

Bayer CropScience, which manufactures the glyphosate-containing herbicide Roundup, faces more than 42,000 lawsuits in the US alleging glyphosate-based herbicides cause cancer. The company has vowed to fight the claims and it has repeatedly defended the 40-year safety record of glyphosate.