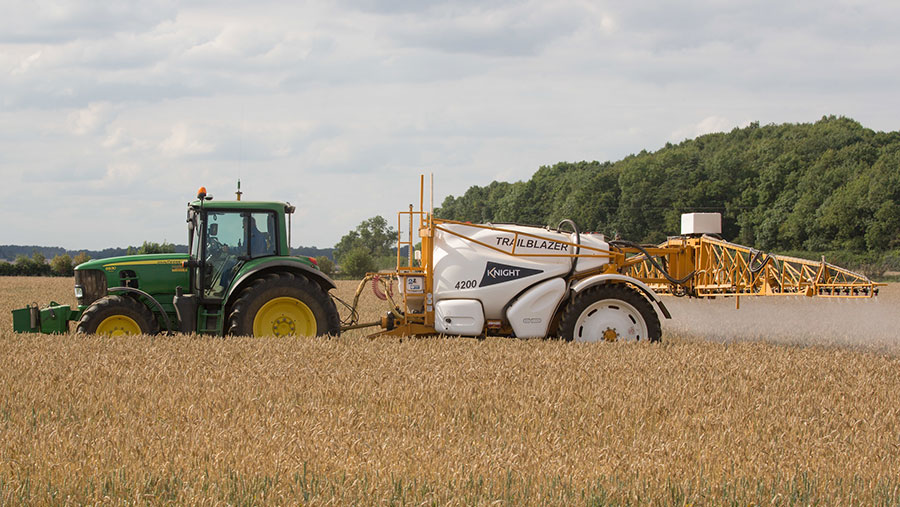 French farmers are threatening legal action if the European Commission fails to relicense glyphosate, the world’s most widely used agrochemical.

The French government looks set to vote against the commission’s proposal to relicense glyphosate for a 10-year period, in a crucial EU vote in Brussels on 25 October.

But farmers decried their country’s stance, insisting a ban on the weedkiller would effectively kill conservation farming and increase production costs.

Environmental groups are seeking a ban on glyphosate after it was classified by the World Health Organization’s International Agency for Research on Cancer as “probably carcinogenic to humans”.

But the OPG pointed out the European Chemicals Agency declared glyphosate to be safe.

In addition, Mr Andriukaitis stated “there is no doubt that this substance is safe” and the commission has acknowledged conditions for re-approval are fulfilled.

Addressing Mr Andriukaitis directly, the OPG’s letter said: “Now, you have all the elements you need to approve the renewal of this substance which is an economical, effective and essential herbicide… for hundreds of thousands of farmers in Europe.”

If glyphosate is withdrawn, farmers will suffer a significant increase in production costs as they will be forced to use higher quantities of other herbicides and apply them more regularly, the contamination of plots by many species of weeds, including perennials”, the letter added.

Furthermore, working methods will have to change with a reintroduction of ploughing, an end to the new simplified cropping techniques, with vegetation cover, and agroecology methods will “no longer be used”.

The OPG warned it will take its case to the EU Court of Justice if the commission fails to re-authorise glyphosate and “inaction” causes damage to farmers.

Meanwhile, France’s largest farming union, the FNSEA, said there are “no irrefutable scientific reasons to justify a ban on glyphosate”.

NFU vice-president president Guy Smith said how France and Germany votes could be key to deciding the fate of glyphosate use in future in Europe. “This decision could go to the wire,” he added.