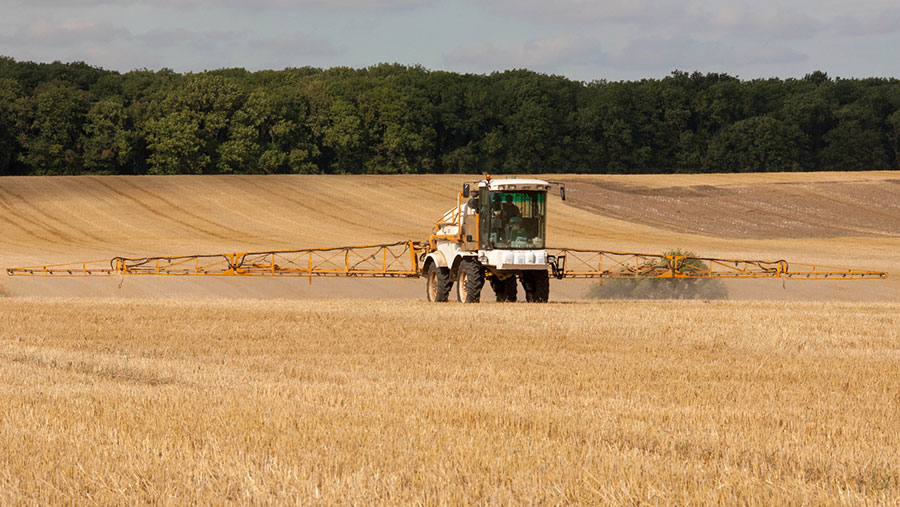 Further doubt has been cast over the use of glyphosate ahead of a crucial eleventh-hour vote to relicense the weedkiller for a further five years for use in the EU.

The five-year licence extension was put forward by the EU Commission (EC) in October after a 10-year period was rejected amid disputed health fears surrounding the herbicide.

But, even with the reduced licensing term, member states failed to reach a decision when the proposals were put to a vote earlier this month.

At the vote, organised by the Standing Committee on Plant Animal Food and Feed (Scopaff) on 9 November, 14 out of 28 countries were in favour of extending the licence.

But nine went against relicensing and five abstained, meaning the committee failed to reach the 16 votes needed for a qualified majority.

Now, with EU officials converging on Brussels for a second vote on Monday (27 November), news agency Reuters reported that France will again vote against extending the licence.

“In view of the risks, France will oppose this proposition and vote against it,” Ms Poirson said.

The risks Ms Poirson referred to are based on a 2015 report by the World Health Organization’s International Agency for Research on Cancer which concluded that glyphosate was “probably carcinogenic to humans”.

This prompted heavy campaigning by environmental groups for an outright ban on glyphosate.

However, Europe’s food safety watchdog, the European Food Safety Authority, which advises EU policymakers, and the European Chemicals Agency have since concluded glyphosate is safe to use.

Meanwhile, German chancellor Angela Merkel backed a glyphosate licence renewal, but amid growing uncertainty over her future and Germany’s failure to form a coalition government, the country is once more likely to abstain in the vote.

The EC would then have to decide whether to back its own scientific advisers and renew the licence without a qualified majority of support from member states, or decide against a renewal and allows its licence to expire.

The current licence for glyphosate expires on 15 December.