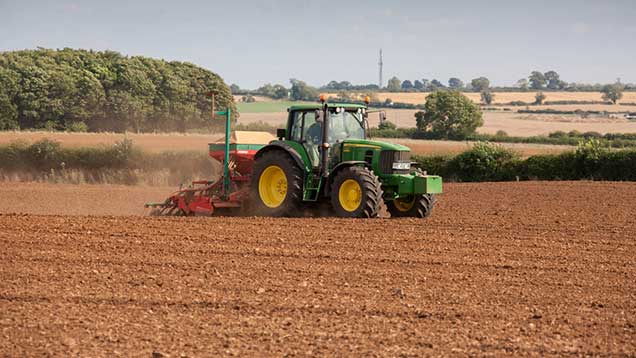 Friends of the Earth has warned it is considering an 11th-hour legal appeal against the use of neonicotinoids this season.

The group has written a judicial review pre-action letter to Defra secretary Liz Truss MP, which challenges the government’s decision to approve an emergency application for farmers to use neonicotinoid seed treatments on up to 5% of the total oilseed rape crop area in England.

The green group has accused Defra and the Health and Safety Executive of failing to publish sufficient evidence explaining why permission is justified.

See also: Neonics emergency use approved for 5% of OSR area

The legal letter, which is dated 26 July, demands a response by midday on 3 August.

“If we do not hear from you by then we reserve the right to revert to commence judicial review proceedings, including any applications for disclosure and/or injunctive relief that may prove necessary, without further recourse to you,” it reads.

Friends of the Earth’s senior nature campaigner, Paul De Zylva, said: “Ministers pledged their decisions would be based on science but it has been hard obtaining information, including about the scientific basis, despite repeat requests.

“We have now sent a legal letter because of the lack of information, raising concerns about the decision-making process and the lawfulness of the decision.”

NFU vice president Guy Smith: “We are aware that the Friends of the Earth has written a letter to the government regarding a judicial review of the decision to approve the emergency use of neonicotinoid seed treatments.

“Damage caused to crops by cabbage stem flea beetle is a widespread problem on a national scale and neonicotinoid seed treatments are vital to provide protection from these pests. There is still no compelling evidence that under field conditions, the approved use of neonicotinoids is causing a widespread decline in bee populations.”

A Defra spokesman added: “We have fully applied the precautionary ban on the use of neonicotinoids introduced by the EU, and we make decisions on pesticides based on the science only once the regulators are satisfied they are safe to people and the environment.

“Based on the evidence, we have followed the advice of the UK Expert Committee on Pesticides and Defra’s Chief Scientist, that a limited emergency authorisation of two pesticides requested by farmers should be granted in areas where oil rape crops are at greatest risk of pest damage.”