In the first of a series of articles on how to cope with an expected lower level of subsidy, we talk to a Cambridgeshire grower who is preparing for life with less financial support.

James Peck, believes that direct farm subsidies should end within a year as he thinks these payouts encourage inefficiencies and stifle innovation.

He tells Farmers Weekly of his plans for a future with lower financial support as Britain prepares to leave the European Union, and the £2bn-plus of annual direct payments may come under pressure.

Unable to convince unsubsidised Australian and New Zealand farmers why Britain should benefit from these cash handout, he concluded it is better to end them quickly. 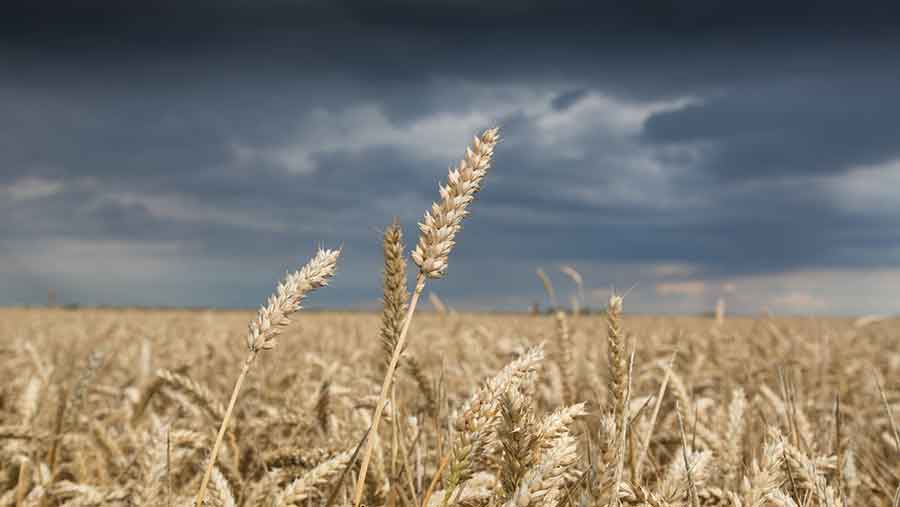 An immediate end to these direct payments would give the industry a short sharp shock and push it into adapting quickly, while any gradual change would fail to drive change and farm debt would rise.

He believes that farming needs to stand on its own feet and can adapt without being held back with bureaucracy which stops businesses from being dynamic.

“It would be better to have two to three years of brutal pain as in the long term the future of agriculture is better without subsidies,” he says.

Subsidy money simply goes straight out in higher rents and input costs, and stymies an industry compared with more expansion-minded farmers in no-subsidy regimes, he believes.

Abolishing direct payments, which amount annually to £2.3bn, would create a more dynamic industry with more land becoming available, more opportunities for young people and a greater need for contractors and specialist services.

He kicked off a three-year plan early in 2016 to prepare for a subsidy-free future looking to control his costs, use more contractors and widen his rotation to spread the workload across the 2,000-plus hectares which he farms.

Direct subsidies are likely to come under pressure as Britain prepares to leave the European Union, with the UK government pledged to maintain them until 2020, but hinting after that they may be more linked with farm environmental schemes.

This puts a threat to Basic Payment Scheme (BPS) subsidy payments which amount to just over £200/ha for lowland English farmers, while Mr Peck would support subsidies linked to protecting the environment.

Mr Peck admits his eyes were opened during a Nuffield Scholarship in 2010 touring the world to investigate the future of arable farming and how it could get off its low-price treadmill.

His answer was controlled traffic farming which would give an 18% yield boost using the same inputs over a seven-year programme, but he saw a wider horizon of a non-subsidy culture where those who really wanted to farm succeeded and those who did not simply got out.

“I left the UK believing we could not survive without BPS and there was no market to buy land and contract farming was the way forward,” he says.

His six months of travels took him from China and India through Eastern Europe to the United States, Canada and Argentina, while he was very impressed how Antipodean farmers fared.

There, in a no-subsidy industry, young people were getting on the New Zealand farming ladder with share farming agreement in dairy, while in Australia, it was easier to get hold of land and build up a big business.

“I came back realising that BPS subsidies were doing more harm than good,” he adds.

Mr Peck owns 560ha of land and with short-term tenancies and contract farming deals he farms almost 2,400ha in Cambridgeshire stretching from heavy boulder clay through to light gravel and on to easily worked fenland.

With this structure of owned and rented land he can probably break even with wheat prices of about £130/t, compared with a current price just over £140/t, but without subsidies profits clearly would be squeezed.

At a 2016 BPS of £216.69/ha, this equates to about £20/t extra for his wheat, so he needed to start cutting his costs rather than rely on wheat reaching £150/t, and he started to prepare for a non-subsidy future in terms of labour and machinery.

He kicked off his three-year plan in March 2016 by contracting out hedgecutting and ditch cleaning. Cutting hedges every three years with a contractor cut his annual bill from £35,000 to £9,000 and three-year ditch cleaning from £60,000 down to £14,000.

Changes in the rotation led to his 90% autumn sown-10% spring drilled split moving to 60:40 meaning the workload was more spread, cutting casual labour at drilling and harvest labour, while using fewer smaller-horsepower tractors.

His farming operation, PX Farms, was focused at just one base at Scotland Farm just three miles west of Cambridge for all key activities such as storing grain, seed, fertiliser, sprays and machinery.

“This means fewer staff, fewer hours, fewer cars, less wear and tear. Around the world I saw farms with less machinery as it was often two tractors rather than five you might see on UK farms,” he adds.

Given up on oilseed rape

He is considering growing hybrid rye for an anaerobic digester as this is an extra crop and can be cut in June before the main harvesting time, while oilseed rape growing has ceased as there were too many hidden costs such as pigeon control.

So what would be the advantages of no subsidies. Well, his administration costs of £45/ha would come down with less form filling, while land prices and rent would likely fall. Rents would need new agreements which would have to be based on the world wheat price, Mr Peck argues.

In addition, the BPS payment often comes in late so there is a considerable wait. His 2016 BPS was only paid in December 2016 and 95% of his 2015 payment in November 2016 and he is still waiting for the remainder.

He has already diversified his operation to include grain storage, cleaning, grain haulage and a fertiliser plant, all aimed to give a more steady income flow than rely just on fluctuating commodity prices.

“Without diversification it would be better not to farm but to rent out the land,” he says.

For the future, he looks to greater specialisation and larger scale to survive. Specialisation to offer services like grain cleaning, while he believes he has to add another 40ha of land a year just to keep at the right economic scale.

That looks more likely in a no-subsidy world as rents would be lower and more land would, hopefully, become available as some landowners may decide to rent out more land.