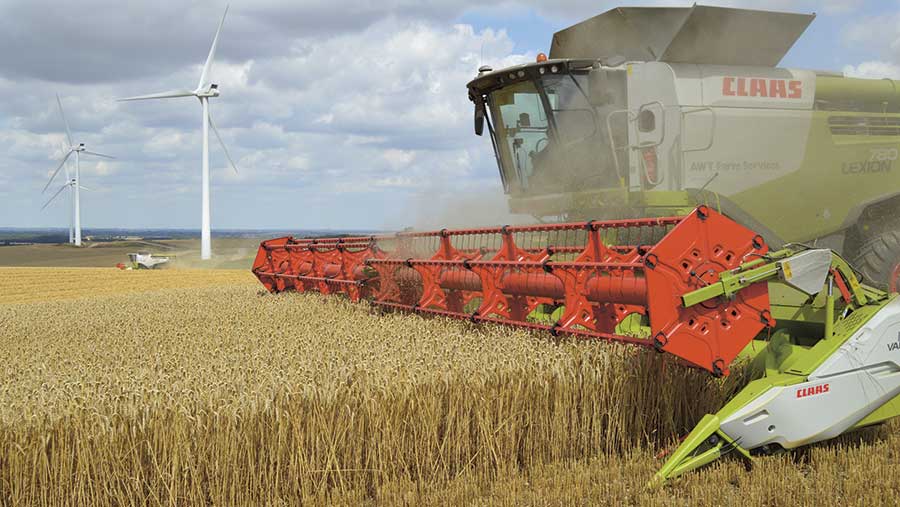 In the second of our series on coping with lower subsidies, David Jones talks to one arable farmer, who is also chairman of his local grain co-operative, about his long-term plans to survive with reduced financial support.

When Cambridgeshire grower John Latham saw wheat prices dip below £60/t, he knew it was time to take action. He simply had to make his farm more efficient and extract a better return from his grain.

That was 17 years ago and he would clearly have made a loss with no subsidy, but now, with wheat prices having more than doubled, he calculates that he would just about break even before direct subsidy, set at £212.69/ha for 2016.

The real way to have a sustainable arable sector in a support-free future is to be globally competitive.
John Latham

It took drastic action back in 2000 to improve efficiency. Mr Latham made staff redundant and sold off all his farm machinery on his then 280ha arable business, then relied on a newly formed partnership for all his arable field work.

Slashing labour and machinery costs saved him £100/ha virtually overnight, making him more optimistic than many in the industry about a no-subsidy or reduced-subsidy arable farming future.

“The arable industry can survive in a support-free future, but we need a regulatory regime that allows us to be competitive and an industry that supports research and development,” he tells Farmers Weekly.

Not gloom and doom 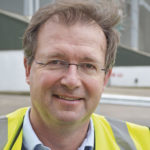 Subsidies underpin the health of the arable industry, but Mr Latham argues that it is not all “gloom and doom”, as current grain prices are unlikely to stay depressed for long.

Ample world stocks and a series of benign harvests have led to low grain prices, but as recently as 2012, drought in Argentina, Russia and the midwest of the United States saw wheat prices push well over £200/t.

“The real way to have a sustainable arable sector in a support-free future is to be globally competitive,” Mr Latham says.

Joining up with three neighbours to farm as a partnership offering contract services made his farm much more efficient, while joining farm co-operative Camgrain, of which he is now chairman, gave him a better return for his grain.

Using the partnership means he does not employ any workers or directly own any machinery on his 800ha Waltham Hall Farms and the grain co-operative can squeeze out a £7/t premium for his feed wheat going to a major breakfast cereal maker.

“It would be naive to think the UK Treasury will support farming like Brussels, so we need to prepare for a reduction in support,” he adds.

The UK government has pledged to keep current farm subsidies until 2020, but after that, with Britain’s exit from the EU, support is likely to be reduced and switched to policies more linked to environmentally-friendly actions.

Without this subsidy Mr Latham says a fully owned family farm with no debt might need wheat prices at £100-£110/t to break even, while a farming enterprise such as his own with some rented land would need wheat at about £130/t compared with a current price of just over £140t/ha.

Of course, if the direct BPS subsidy of £212.69/ha ended, farm rents of £400/ha-plus for arable land would have to fall to compensate for the decline in farm income, he adds.

In 2015, direct farm subsidy paid to UK farmers in terms of the basic payment scheme amounted to £2.3bn, while the total support under the Common Agricultural Policy came to £3.2bn.

This includes additions such as  Countryside Stewardship schemes and woodland grants. For 2016, the basic payment scheme was £212.69/ha for lowland England.

The future role of government would be crucial to prevent the industry being at a competitive disadvantage in terms of issues such as the future use of glyphosate and the investment needed in UK-specific problems such as blackgrass control.

Mr Latham currently farms 800ha, with 500ha owned and the rest rented across five holdings spread across Cambridgeshire, Suffolk, and Essex with soils ranging from heavy clays to light loams over chalk.

Back in 2000, when he was farming just 280ha and with wheat prices on the floor, he realised he had to make changes to make his business competitive.

So he came together with his local farming partners to form AWT Farm Services in 2001 which grows all his winter wheat, spring barley, oilseed rape and spring beans under a share-farming agreement.

Two of the partners, Andrew Tetlow and Anthony Wiseman, manage the day-to-day business of AWT. There are one full-time member of staff and two self-employed farm operators and a range of farm machinery, and the business contract farms more than 2,000ha of arable land for the four partners.

This freed up capital for the partners and time for Mr Latham to focus on managing his farm’s property portfolio and his chairmanship of Camgrain.

Bringing all the land together made management easier, allowing block cropping of large chunks of land, with just over half of the land down to winter wheat and 70% of this in milling varieties.

Role of the co-operative

One of the triggers to join up was that all the partners’ grain was delivered to  Camgrain, which can store 550,000t of grain for its 600-plus members in its four stores – two in Cambridgeshire, one in Kettering and one in Stratford-Upon-Avon.

Mr Latham argues that these close relationships with end users means it can achieve better prices than growers could in the open market and it also helps to shorten the supply chain with consumers.